Who was Leslie Phillips? 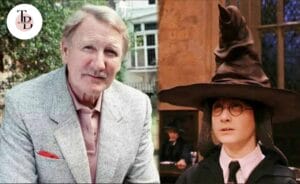 Leslie Phillips’s full name is Leslie Samuel Phillips. He was born on 20 April 1924 in Tottenham, Middlesex, England. Leslie was the famous Veteran English Actor, voice artist, and author. Leslie was famous for his comedy and humor. His upper-class comic roles and catchphrases like “Ding Dong” and “Hello” made him a remarkable comedy actor. Leslie began his acting career by actively taking small roles in films and television. His first film that started his career was ‘Lassie From Lancashire’ in 1938. Some of Leslie’s famous films were ‘Carry on ‘ and ‘Doctor in the house. He had even worked in the longest-running BBC radio comedy series The Navy Lark. He is also the famous voice of Harry Potter’s Sorting Hat.

Talking about his marital life, Leslie has been married 3 times. His first marriage was with Penelope Bartley. The couple had four children. They got divorced in 1965 and Leslie began a relationship with Caroline Mortimer in 1962. Then Leslie hooked up with Angela Scoular who was already pregnant with another man. The couple got engaged in 1982 and raised the child together. Scoular died due to depression and killed herself as her mind wasn’t stable. At the age of 89, Leslie Phillips married for the third time with Zara Carr.

How did the Veteran Comic Actor Die? 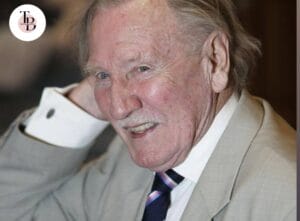 Leslie Phillips died on 7 November 2022. His death was declared by his agent Jonathan Lloyd. There was no specific cause of his death. Leslie suffered two strokes in his 90s and after a long illness, he died peacefully at his home. Everyone was sad about his death and prayed for his soul to Rest in Peace.

The talent he had and the hard work he had ever done can never be repeated by anyone. He was the one and only ‘Leslie Phillips’. No one can take his place ever in Hollywood’s history!

Condolences by his Friends and loved ones:

Harry Potter Films took to Twitter and shared their sorrow and wrote, “We are incredibly sad to hear of the passing of the wonderful Leslie Phillips who voiced the Sorting Hat with such inimitable wit and style in the Harry Potter films.”

“This lovely, lovely man, Leslie Phillips, has passed over. I worked with him so many times and on so many TV sofas. Funny, charming, courteous, friendly, and warm he was a one-off. Another face we know and love has left us: there’s no-one who can ever take Leslie’s place #dingdong,” a tweet shared by Leslie’s close friend Russell Grant.

Another tweet by Piers Morgan states, “RIP Leslie Phillips, 98. Wonderful character & superb comedy actor, best known for his what he called his ‘lecherous twit’ roles in the Carry On & Doctor In The House films with his catchphrases, ‘Ding Dong’, ‘Well, Hello’ and ‘I Say..’ Sad news.”

“One of the wonderful elements of doing #TheKumars42 was combining guests like here, Madness, and the wonderful #LesliePhillips, who couldn’t have been more of a gent. A truly warm, funny and gentle man #RIPLesliePhillips,” a tweet by Sanjeev Bhaskar.

Stuart Antony took to the tweeter and wrote, “The wonderful Leslie Phillips CBE has left us. Aged 98. A true gentleman, a fantastic act, and the nicest man I’ve ever met. His stories were the be… RIP Leslie Phillips!”

Sid’s Place shared a tweet with a heavy heavy heart and wrote, “Such a heavy heart with the news that national treasure Leslie Phillips has died at the age of 98. A legend of British cinema and an absolute gentleman to the bargain. One of the greats without a doubt. So long Leslie and thank you for the memories.”

The death of such a great Veteran Actor is a moment of sorrow for everyone around him. He will be missed for sure!      May his Soul Rest in Peace!

Read Also: Who was Ryan Plowman? How did he Died at the Age of 17? Explore the Reason of Plowman’s Death!