American Football Coach Adam Zimmer died at the age of 38: 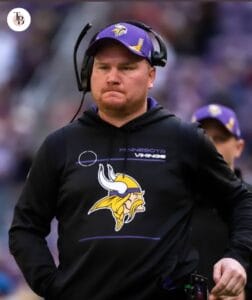 Adam Zimmer was an American Football Coach. He was the son of former Minnesota Vikings head coach Mike Zimmer. He was a wonderful coach and assistant during his journey. He worked really hard during his lifetime. Adam started his career as a coach in 2006, when he worked for New Orleans Saints as an assistant linebackers coach. During that year he won a Super Bowl Ring. Then in the year 2010-2012, he worked for Kansas City Chiefs as an assistant linebackers coach only.

In 2013, he joined Cincinnati Bengals as an assistant defensive back coach. He worked for Minnesota Vikings along with his father Mike Zimmer for a longer span i.e. 2014-2021 as a Co-defensive coordinator & linebackers coach. He died on 31st October 2022; he was the offensive analyst during that year for Cincinnati Bengals.

His death left everyone shattered and sad. Adam’s family loves him a lot. He was the sweetest person and everyone loved his aura. He shares a very beautiful bond with his sister Corri Zimmer.

What Happened to Adam Zimmer? How he Died?

The football coach’s death was a moment of deep sorrow. Bengal’s offensive analyst died was announced by his sister. His body was found dead by the police, when they came for a welfare check at 1:15 pm. His cause of death is still unknown but his sister exclaimed with sorrow that his death was unexpected. After the investigation, police said, ‘there was nothing suspicious and there didn’t appear to be any evidence of foul play’. 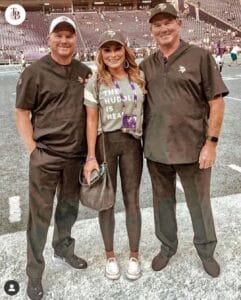 Adam left behind his old father and two sisters. Adam’s mother died at the age of 50; her death was also unexpected. For Corri, Adam was the supporter and guardian after their mother’s demise.

The cause of death is still not disclosed.

Condolence by family and Organizations he worked with: 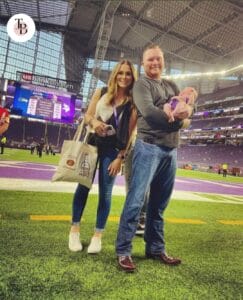 After founding her brother Adam dead, Corri wrote a heartfelt caption along with many pictures of them together on Instagram: ‘ I can’t believe I’m writing this. I lost my big brother yesterday…My heart is shattered and it hurts so bad…My brother was one of my best friend, especially after my mom died, we became so close. He was always there for me and always the first one to show up and volunteer at my foundation events…His love and support to me was SO big and I hope he knew how much I loved him.’

Corri ended the caption as, ‘Adam, I love you so much and I will miss you every second of every day until I see you again. Please watch over us and help us to be okay.’

‘Deeply saddened by the news of Adam Zimmer…tremendous coach & person. Had the privilege of sitting next to him flying back from games. Learned so much. Praying for the Zimmer family’. A tweet from the Viking quarterback Kirk cousin.

A post from Former Bengals offensive tackle Willie Anderson, ‘Also Rest In Peace to Adam Zimmer. Son of Mike Zimmer. Keep that family in prayer too!’

A statement from Bengal Cincinnati Owner Mike Brown, ‘Our organization has had the privilege of knowing and working with the Zimmer family for 15 years. We have the highest regard for Mike and Adam, and we are incredibly saddened by this tragic news. Mike and Adam were more than just coaches for us – they were friends. Our thoughts and prayers are with the Zimmer family at this time.’

Viking’s ownership group and Zygi Wilf stated, ‘We are heartbroken to hear about the passing of Adam Zimmer. Adam was a kind, respectful man, and over his years in Minnesota, it was evident he cared tremendously about his family, his players, his fellow coaches and the Vikings front office staff. Our thoughts are with Mike, Corri, Marki and the entire Zimmer family.’

Read Also: Mike Fanning (American Football Player) Dies at the age of 69! When and How?