The Google Doodle for this Monday, November 7, honours Irene Bernasconi, a gifted marine biologist or expert in echinoderms. Her presence among starfish, one of her favourite research species, honours her work and dedication to biology.

Irene Bernasconi: Who Is She?

On September 29, 1896, in La Plata, Argentina, Irene Bernasconi was born. She began teaching in 1918 and focused on natural science courses before landing a job at the Argentine Museum of Natural Sciences in the early 1920s.

Her academic career was able to advance as a result, and in 1925 she published a scientific work on molluscs and marine invertebrates. Over the course of her career, she spent more than 50 years researching these animals.

What Made Irene Bernasconi Well-Known?

Irene Bernasconi made biological history back in 1968 when, at the age of 72, she led the nation’s first marine trip to Antarctica. Despite the hazardous conditions, she and her team of three other scientists explored the biodiversity close to the South Pole.

They gathered more than 2,000 Antarctic plant and echinoderm specimens throughout their voyage. The Women’s Embassy in America presented her team with a commemorative medal in 1969 as a consequence. 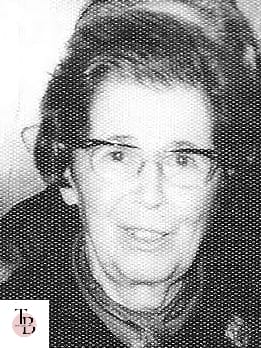 Where Is Bernasconi Cove ?

The National Directorate for Antarctica, the Argentine Antarctic Institute, and the Naval Hydrographic Service recognised International Women’s Day in 2018 as well as the 50th anniversary of Bernasconi’s maritime mission.

When Irene Bernasconi Passed Away?

Irene Bernasconi passed away on July 7, 1989, in Buenos Aires, the capital of Argentina, after a successful career spanning more than 50 years.

Read also: Why Did Von Miller And Megan Denise Break Up? Know What Happened Between Them