Who is Mitchell Miller? 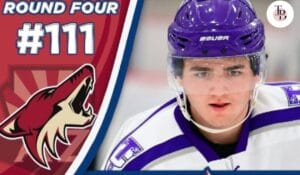 Mitchell Miller is a famous American Ice Hockey Defenseman. Mitchell was born on 20 December 2001 in Sylvania, Ohio. Mitchell is the 20 years old Defenseman who is associated with the Providence Bruins of the American Hockey League (AHL) as a prospect of the Boston Bruins of the National Hockey League (NHL). Mitchell was drafted in the 2020 NHL Entry Draft as 111th overall by the Arizona Coyotes. Though this draft was revoked after the allegations of bullying were crafted against Mitchell. His commitment to joining the University of North Dakota also failed due to his case of bullying became public. Then he joined the Tri-City Strom.

Mitchell has achieved so much in his teenage life. He would eventually make a lot of classic achievements in his further life. The allegation of bullying that has been put on Mitchell might give his career a break. 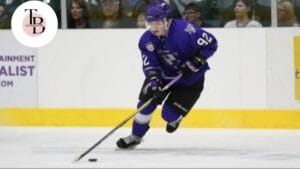 According to the sources available on google, Mitchell’s Net Worth in 2022 is an estimated at $1 million to $5 million. Their only source of income is his being an Ice Hockey Player.

The news that filled the internet with a lot of questions on Mitchell, his character and playing career. Let us explore the whole incident.

What was the actual incident that revoked Mitchell’s Draft: 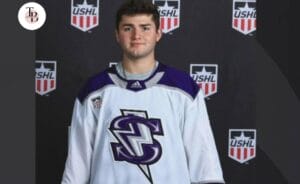 Mitchell was drafted by Arizona Coyotes in 2022, as soon as the draft was confirmed, Mitchell’s past became a hindrance. The news of Mitchell bullying his classmate during his school time came in public. Arizona Republic reported that Mitchell had racially discriminated one of his classmate named Isaiah Meyer-Crothers, who is Black. Mitchell along with his another classmate bullied Isaiah to an extreme level. Mitchell along with his classmate forced Isaiah to eat a piece of candy that had been in a urinal while repeatedly calling him a racial slur, with surveillance video showing that Mitchell kicked and punched Isaiah as well.

This incident happened when Mitchell was 16 years old. He was pleaded guilty in the Juvenile court of bullying on the grounds of racisms. Mitchell never apologized Isaiah known after a statement came out from the mother of Isaiah.

Mitchell’s Renouncement of the Draft:

Mitchell’s draft was renounced on October 30, when he released a statement and felt sorry for what he did. He says, “When I was in eighth grade, I made an extremely poor decision and acted very immaturely. I bullied one of my classmates. I deeply regret the incident and have apologized to the individual. Since the incident, I have come to better understand the far-reaching consequences of my actions that I failed to recognize and understand nearly seven years ago. I strive to be a better person and positively contribute to society.”

“As a member of the Bruins organization, I will continue to participate in community programs to both educate myself and share my mistakes with others to show what a negative impact those actions can have on others. To be clear, what I did when I was 14 years old was wrong and unacceptable. There is no place in this world for being disrespectful to others and I pledge to use this opportunity to speak out against mistreating others”, a statement by Mitchell after his renouncement.

Then, Bruin’s president Neil released a statement and said, “During this evaluation period, Mitchell was accountable for his unacceptable behavior and demonstrated his commitment to work with multiple organizations and professionals to further his education and use his mistake as a teachable moment for others. The expectation is that he will continue this important educational work with personal development and community programs as a member of the Bruins organization.”

For Bruin Mitchell is a privilege and they would find a solution rather than dismissing him from the team like other teams did!