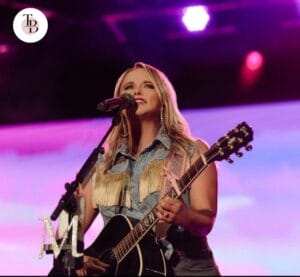 Miranda Lambert (Miranda Leigh Lambert) was born on 10 November 1983 in Longview, Texas, United State of America. Miranda is an American Country music singer and songwriter. 2001 is her career beginning year when she released her self-titled solo debut album. Miranda participated in the television program Nashville Star; a singing competition telecasted n USA Network. She secured 3rd place in the competition. Miranda has been honored with many awards including Grammy Awards, the Academy of Country Music Awards, and the Country Music Association Awards. Miranda is an artist winning more Academy of Country Music Awards than any artist in music history.

Talking about her recent works, Miranda Collab with fellow singer and songwriter Jon Randall and Jack Ingram for releasing an album on May 7, 2021, to vast critical acclaim, given its departure from Lambert’s usual sound and its acoustic, stripped-back feel. In the year 2022, Miranda released her eighth solo album, Palomino, on 9th April. She was also lifted on the 100 Most Influential People by Time in 2022.

Miranda’s Career in the Following Years: 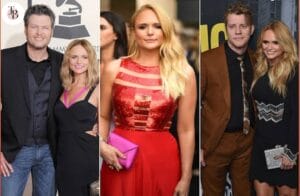 Back in 2002, Miranda Lambert a girl who loves music had found her love in a musician only. It was her young love as she was just a teenager. She found her love in Jeff McManus, a fellow musician. Eventually the couple broke up. R&B artist Anderson East, Turnpike Troubadours’ Evan Felker were her previous relationship that eventually ended.

Blake thought he ruined the proposal but Miranda applaud it. “That was so Southern and old-school and perfect,” Lambert gushed to People. Miranda then added, “The diamond-and-platinum ring was “so much more perfect than I could have picked out myself.”

The couple eventually broke up as the relation was not working between them. She is now married to Brendan McLoughlin. 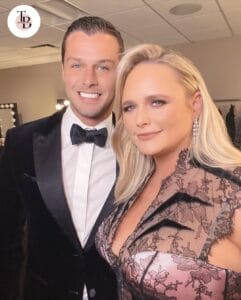 In the year 2018, Miranda met her husband at an event in which she appeared with her band mates on Good Morning America. Brendan is a police officer, a retired NYPD officer to be specified. They both met unknown. Brendan was there as a security guard. Miranda liked him at the moment she saw him, but was afraid to approach him. Her bandmates helped her reach the officer.

Miranda once told The New York Times how her bandmates Ashley Monroe and Angaleena Presley helped her reach Brendan. She said, “My girlfriends, the Annies, saw him and knew I might be ready to hang out with someone. They invited him to our show behind my back.”

“They plucked him for me. My security guy Tom, he was in on it, too,” Miranda continued. “He said to me, ‘He’s here. And he’s pretty.’ Now the Pistol Annies have three husbands, two ex-husbands, three children, a stepson and 23 animals. We’ve done a lot in nine years!” 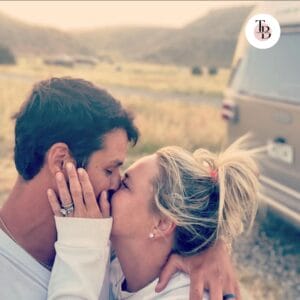 The pair are happily married now and loves travelling with her husband to spend some quality times together. “They’re sightseeing, making stops, cooking, sleeping under the stars — it’s been heaven” a source told Life and Style.