Who was Ray Guy? 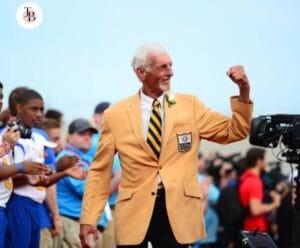 Ray Guy (William Ray Guy) was born on 22 December 1949 in Swainsboro Georgia. Ray was an outstanding American Football Player who was a Punter for the Oakland/Los Angeles Raiders of the National Football League (NFL). The guy was always an enthusiastic sportsperson as he was a four-sports star during his schooling at Thomson High School in Thomson, Georgia. Guy initiated Thomson in Georgia Class A State Football Championships in 1967 and 1968. The guy played quarterback, linebacker, Safety, and tailback along with Punter. He was an all-rounder in himself. 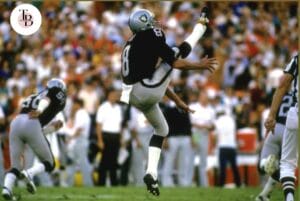 Despite being a talented person, it took Guy almost 2 decades to establish himself as famous in a Football game. Punters were considered low as compared to other positions in football. The guy was a three-time Super-Bowl champion and was selected to six First-Team All-Pros while earning seven Pro-Bowl selections. He made the Second-Team All-Pros twice and was part of the 1970s All-Decade team. He was also a member of the NFL 100th and 7th Anniversary All-Time Team.

An award has been introduced in 2000 in Ray Guy’s honor i.e. The Ray Guy Award; given to the college’s most outstanding Punter.

How and when did Ray Guy die? 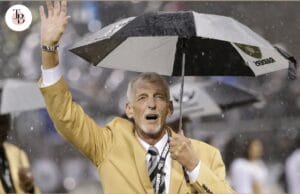 The all-rounder and the punter champion died on 3 November 2022. The guy was ill for a longer period and his prolonged illness is the cause of his death. Ray’s treatment was going in the Hattiesburg Reign.

Ray Gay is considered the originator of Punter in football history. He embarks on the importance and value of punting in a football game. Comparing his performance with the punters of today’s, he was not that convenient in terms of the average of yards. During his era of playing football, he was famous for being the only punter drafted in the NFL Drafts. He was an important part of the victory of the Raiders in the year the 1970s and 1980s. His high kicks and prevention from the opponents were a huge contribution to the team to shine.

Ray was 73 when he died this Thursday after battling his prolonged illness. Everyone including the NLF team and the Raiders are sad after his demise. National Football Team tweeted on 3 November that states, ‘We are saddened to hear of the passing of Pro Football Hall of Fame punter Ray Guy. Our thoughts are with his family and loved ones.’

In a tweet, Los Vegas Raiders mourns Ray’s death and wrote, ‘The Raiders Family is mourning the passing of Ray Guy, a legendary punter who revolutionized special teams during his 14 seasons with the Silver and Black.’

‘Setting benchmarks and inspiring the future. Playing for the Raiders was Ray Guy’s destiny and the legendary punter’s legacy lives on,’ Los Vegas wrote in another tweet.

Ray was loved by everyone, his aura and way of punting will be remembered forever.

Ray Guy was the famous punter, who played for the Raiders.

5. When and at what Date did Ray Guy die?

Read Also: Who Was Noel McKoy? When Did He Die?