A transgender school-going boy has reportedly been attacked by his fellow classmate due to his apparent ‘abnormal personality.’

How did the transgender teen describe the crime?

He was quoted saying that on October 27, he invited one of his friends to his residence, and what followed after that will remain a nightmare for him.

According to Bernard, his classmate started touching him inappropriately despite his displease. When he started to retaliate, the fellow teenager turned violent and began to hurl slang at him.

Post that, he grabbed a knife and tried to attack Bernard thereby forcing him to hide in the bathroom to save his life.

Is the transgender boy getting any help from the authorities?

Well, Bernard got complete support from the LGBTQ advocates at the Montrose Center. Angelic Setchell, a violence program specialist at the organization said that many transgender teens face hate crimes in and around them.

They are always treated as if they don’t belong here. These children always grow up with self-doubts and such incidents shoot them to the core, she added.

In fact, Bernard’s mother was deeply shocked by this incident and said that she wants him to feel safe no matter where he is.

The US has registered numerous cases of violence against the LGBTQ community which is indeed a matter of concern. There are many transgender teens like Bernard who fight for their rights every day.

As for this incident, his classmate has not been arrested yet. But he will reportedly be charged soon and sent to the juvenile court for further proceedings.

Many transgender activists have landed their support for Bernard and are helping him to overcome the trauma he experienced.

Everyone hopes that the world will become a better place for the LGBTQ community in the ensuing years. 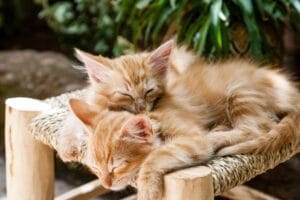