Tom Owen, an actor from Last of the Summer Wine, passed away at the age of 73, according to his family. Bill Owen, the actor’s real-life father, portrayed Compo; Owen played Tom Simmonite, Compo’s long-lost son.

Throughout the decade of the 2000s, the wandering character appeared in the long-running BBC sitcom for ten years. Along with The Bromley Boys (2018), Tom Owen also starred in The Bill, The Onedin Line, Upstairs Downstairs, and other TV programmes.

According to a statement from his family, “he passed away quietly and is survived by his two children, James and William, and ex-wife, Mary.”

Before moving on to Westminster Theatre, Owen started his career as an assistant stage manager at Leatherhead Theatre in Surrey. He returned to Sidmouth, Devon, to work and direct in the theatre after a brief time in television. Only a few days after his father’s 1999 cancer death, he was cast as Compo’s son.

He remembered the unexpected phone call from the show’s producer, Alan Bell, in 2000, saying that it came “two or three days after Dad had passed.” He was contacted to play Compo’s long-lost son, but he had obviously been preoccupied with other matters, such as planning the burial, and it had never even crossed my mind.

Alan came up with the concept, and before he said yes, he gave it two seconds of contemplation. 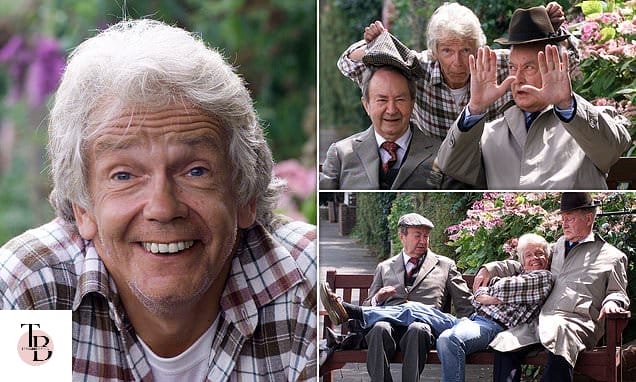 “At first, when he got on set, it was quite unusual,” he continued. It was emotional, but he made the decision very early on that the only way he could deal with it was by acting professionally.”

The actor went on to explain in the same interview that he had been “quite aware” of how wary the other cast members might have been of him. When Dad passed away, “they had all gone through a tremendous shock,” he continued. “Additionally, they had known him for all of those years.

“Dad adored the programme, and he believed that he would be really happy that it would carry on—in a sense, it is carrying on in his memory. He believes that his father would be delighted that he has taken over.”

The affectionate comedy Last of the Summer Wine, by Roy Clarke, was about individuals in the autumn of their years and was set in the Yorkshire village of Holmfirth. With nearly 30 seasons and multiple Christmas specials, it held the record for the longest-running sitcom in the world.