On Monday, a Colorado man was charged with murder and potential hate crime after a shooting rampage at an LGBTQ nightclub, and a US Army veteran described how he “went into combat mode” to quickly subdue the gunman.

Anderson Lee Aldrich, 22, was arrested after the Saturday night shooting at Club Q in Colorado Springs, which killed five people and injured at least 18, according to officials.

The alleged gunman, who is being held without bond in a hospital after being overpowered by club patrons, will make his first court appearance in the coming days, according to El Paso County District Attorney Michael Allen. 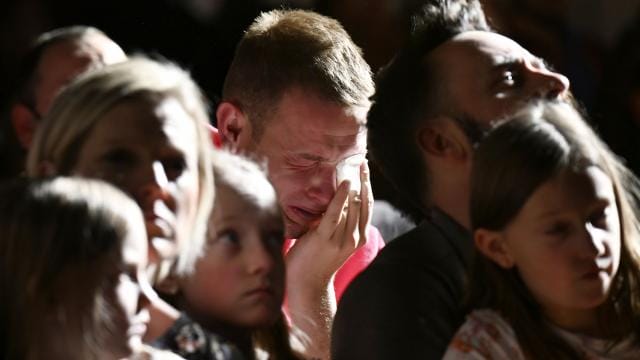 Although formal charges have not been filed, Aldrich is expected to face first-degree murder charges, and “if the evidence supports bias-motivated crimes, we will charge that as well,” according to Allen.

Colorado Springs Mayor John Suthers praised “two heroes” who helped pin down the gunman after he entered the club and opened fire.

“I think in the opinion of everyone involved, (they) saved a lot of lives,” Suthers said.

According to The New York Times, the mayor stated that he had spoken with one of the men, Richard Fierro, a 15-year veteran of the United States Army.

“I have never encountered a person who had engaged in such heroic actions that was so humble about it,” Suthers said. “He simply said to me, ‘I was trying to protect my family.'”

Fierro told the Times that he was watching a drag show at the club with his wife, daughter, and friends when the gunfire started.

The 45-year-old Fierro, who was deployed to Iraq and Afghanistan during his military service, said he tackled the gunman by grabbing a handle on the back of his body armor, took his pistol and beat him with it.

“I don’t know exactly what I did, I just went into combat mode,” he said. “I just know I have to kill this guy before he kills us.

“I grabbed the gun out of his hand and just started hitting him in the head, over and over,” he told the newspaper.

The assault was the worst against the LGBTQ community in the United States since a mass shooting at a nightclub in Orlando, Florida in 2016, which killed 49 people.

GLAAD, an LGBTQ advocacy organisation, highlighted that incident occurred on the eve of Transgender Day of Remembrance, which remembers victims of transphobic attacks, and coincided with an increase in animosity toward the LGBTQ community in the United States.

“You can draw a straight line from the false and vile rhetoric about LGBTQ people spread by extremists and amplified across social media, to the nearly 300 anti-LGBTQ bills introduced this year, to the dozens of attacks on our community like this one,” GLAAD president Sarah Kate Ellis said in a statement.

“When politicians and pundits keep perpetuating tropes, insults, and misinformation about the trans and LGBTQ+ community, this is a result,” Titone tweeted.

Transgender rights were a hot topic in the United States in the run-up to the midterm elections earlier this month, with Republicans introducing a slew of legislation to limit them.

The shooting suspect was armed with an “AR-style” rifle and a handgun, according to Colorado Springs Police Chief Adrian Vasquez.

Vasquez denounced the “evil conduct” and promised to do all in his power to restore community trust.

In the United States, gun violence is all too prevalent. According to the Gun Violence Archive, there have been more than 600 mass shootings throughout the country this year, with such occurrences defined as shootings of four or more persons, not counting the gunman.

Hundreds of people gathered in a Colorado Springs park on Monday evening for an emotional candlelit vigil to remember those who were killed.

Speakers praised the Rocky Mountain city’s LGBTQ community for its strength and insisted it would not be intimidated by the horrific violence of Saturday night.

“I’m so glad that everybody was able to come together,” 25-year-old body piercer Bunnie Phantom told AFP.

“To see everybody here, to have the support and representation in the community… literally means the world to me.”

Allie Porter, who paid a tearful tribute to those killed from the stage, said she had felt the warm embrace of the local community for the past 30 years.

She vowed that the horrors of the weekend would not change her mind.

“We’ll keep going the same way as we always have. We’ve dealt with this for years, decades, and we’ve consistently rebuilt,” she said.