The Texas Governor Election results are out recently. Two famous and strong candidates; Gov. Greg Abbott (Republican) and Beto O’ Rourke (Democrat) are the face-offs of the latest election. Both the party have a strong impact on the citizens. Beto was fighting for providing abortion rights and securing the future of Texas, while Abbott was fighting to secure the state borders and economy of the state. Mr. Beto O’Rourke trying to become the first Democrat to lead Texas in more than 25 years.

Greg Abbott is the leading candidate with 4,295,587 votes and at 55.3% vote percentile. While on the second position is Beto O’ Rourke with 3,366,238 votes and at 43.4% vote percentile. The results are crystal clear and Greg Abbott is the new Governor of Texas. Abbott has gained a lot of votes, in fact almost double since the vote started. His votes started to increase suddenly and Abbott became the new governor of the state.

The face-off between Greg Abbott and Beto O’ Rourke: 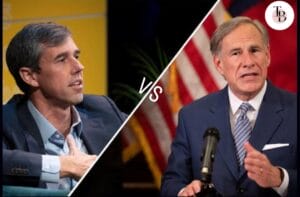 Greg Abbott was first elected in 2014 by a 20-point margin and won reelection in 2018 by 13 points — the same year as Beto failed Senate run. Greg Abbott has been mentioned as a possible presidential contender, too,  following in the footsteps of his predecessors, former President George W. Bush, and former Gov. Rick Perry.

In Texas Elections, a Democrat has never been elected since 1994. Beto O’ Rourke gave a tough fight in the senate elections but eventually failed. Beto raised a record $80 million in the race and the race garnered national headlines. Despite the loss, Beto O’ Rourke launched an ill-fated presidential bid, dropping out before 2019 ended. Beto is a democrat and wanted to lead Texas on the terms of democracy.

On the other hand, Greg Abbott is a Republican. ‘Abbott faced criticism after a freeze in 2021 led to a dayslong power outage; 246 deaths were blamed on the storm, making it one of the state’s worst natural disasters in history. And in May 2022, a gunman opened fire at the Robb Elementary School in Uvalde, Texas, killing 19 students and two teachers. Abbott initially praised law enforcement’s response but later said he had been “misled” by authorities when it became public that officers had waited over an hour to go into the school,’ stated by CBS News.

His campaign was about the security of the state border and stabilizing the economy by reopening businesses must have inspired the people to choose him as their Governor.

The Ratio of their votes: