Skip to content
With a horrific incident taking place in the city Texas, police found out much details about a dad who was charged for allegedly killing his 2-year-old. Cops charged a dad after a 2-year-old was found dead in his house. His 2-year-old daughter was trashed in the bin with rotten food and blood all around her.

The Dad gets arrested

According to the records of the Wichita County Jail, Garrett Gestes was arrested on two counts of abandoning or endangering a child. The child was discovered “face up on the kitchen floor” on December 20, 2020, at 9:20 a.m., when Wichita Falls Police Department officers went to a residence at 1622 Longview St. regarding a deceased 2-year-old girl. The home was reportedly filled with “spoiled food, dirty clothes, empty soda cans, and dirty dishes,” and the responding officers were “immediately taken aback by the smell of rotten food and general filth.” According to reports, this extended to the kids’ bedrooms.

The other affected children

The cops saw the daughter brutally injured. However, her death was considered suspicious and unknown to the officers. That wasn’t all, a couple of more kids were present at the house. 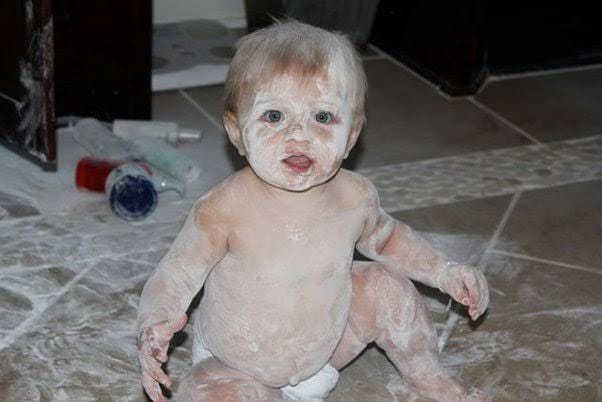 Meeting with the representative

In a meeting with representatives from a child advocacy center, the 6-year-old stated that her sister “appeared to be getting sick a few days prior to her death.” According to reports, she claimed to have “found the victim in her bed with purple stuff coming from her mouth on the morning of her death.” Additionally, the night before she passed away, she reportedly made a note of the “purple stuff.” In their conversations with detectives, Gestes and his wife reportedly told different tales. According to the warrant, “Neither of their stories matched, even in terms of what and where they had for lunch and dinner the day prior.”

The terrific back story

The mother reportedly went out to a bar the evening before the 2-year-old was discovered dead, and Gestes reportedly took his kids to deliver food using DoorDash. The victim and her autistic sibling were left alone after Gestes reportedly left the house later with the kids. However, there were no indications of trauma or asphyxiation, so the girl’s cause of death was listed in the warrant as “undetermined.” Although it was determined that she did not die from COVID-19, she reportedly tested positive for the virus. The officer stated in the warrant that they did not believe “any reasonable and prudent person would leave an autistic, nonverbal 3-year-old child and a 2-year-old child alone in a home with horrible filth including spoiled food and dirty clothes, unsupervised for nearly three hours, especially at nighttime.”