The most recent true-crime docuseries on Netflix is The three-part, riveting series Killer Sally tells the tale of a lady who shot and killed her husband on Valentine’s Day.

The first episode of Sally McNeil’s Netflix series, which premiered on Nov. 2, relates the tale of how the bodybuilder killed her husband while claiming self-defense. Sally and her two children were interviewed for the short-run series.

Sally endured physical abuse from her husband Ray, a fellow bodybuilder, for the whole of their marriage. According to Rolling Stone, she claimed that she was being suffocated when she shot him. A second-degree murder charge and a lengthy prison term were brought against her after a tumultuous trial.

Discover how Sally’s life, her husband’s murder, and ultimately her trial and conviction unfold in the paragraphs that follow.

‘Killer Sally’: Who Is She? 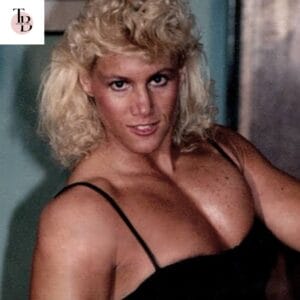 Sally McNeil, sometimes known as “Killer Sally,” was born in Allentown, Pennsylvania, in 1960, according to The Independent. She claims to have had a “difficult” upbringing in the series, including instances in which she had to protect herself, according to the source. She experienced physical abuse as a child and accepted it as the usual.

She developed her athletic abilities in high school by honing her swimming, diving, and running techniques. In order to pursue her dream of teaching gym, she continued her education at East Stroudsburg State College, which is now East Stroudsburg University of Pennsylvania, according to The Independent. Sadly, Sally had to leave school after three and a half years since she had no money left for her college fund. Bodybuilder Sally McNeil was found guilty of murdering Ray McNeil, her husband.

Following in the footsteps of her brother and uncle, Sally made the decision to enlist in the Marine Corps. While serving, she met her first husband. According to The Daily Beast, Sally eventually left her husband and moved to Camp Pendleton in California due to his abusive nature. She also started bodybuilding.

Dan Goldstein, the prosecutor, tried to make her appear aggressive due to her bodybuilder figure. According to The Independent, Goldstein declared in his opening remarks that “She is a bully.” It’s difficult to say while discussing a woman, but Sally McNeil has succeeded in bridging the gender divide.

Where Is She Know

According to The New York Daily News and The U.S. Sun, Sally was residing at the Central California Women’s Facility in Chowchilla, California. She was granted parole in June 2020 and now resides in Northern California.