Addressing an emergency meeting of the United Nations Security Council late Wednesday, Zelenskiy said that Ukraine will present a resolution denouncing “all kinds of energy terror.” “It’s absurd that the veto privilege is guaranteed for the party that fights this war,” he added, referring to Russia’s anticipated veto.

“We cannot be hostage to one international terrorist,” Zelenskiy said.

He also requested that the UN send experts to examine and assess Ukraine’s critical infrastructure.

“When we have the temperature below zero, and scores of millions of people without energy supplies, without heating, without water, this is an obvious crime against humanity,” Zelenskiy told the security council via video link. 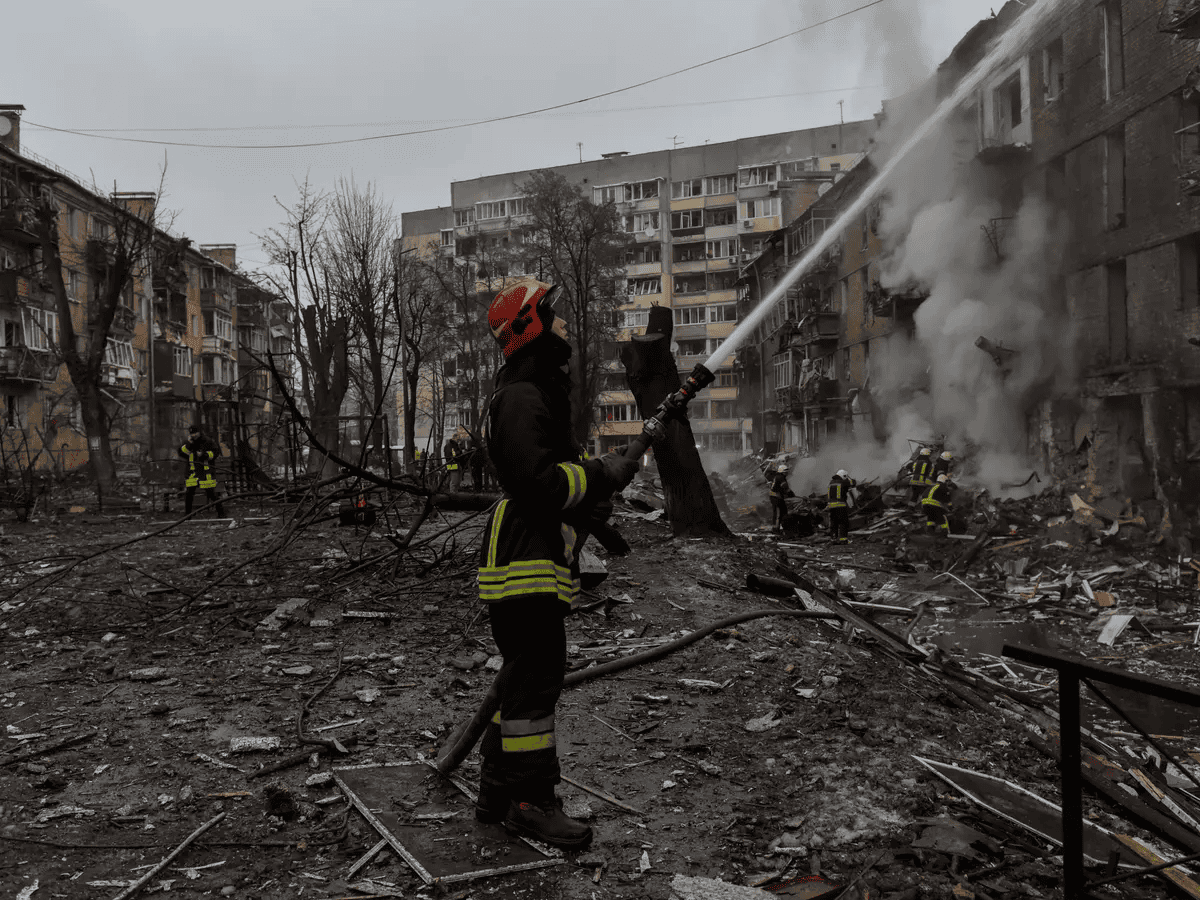 It comes as talks between the G7 and other pro-Ukraine allies to set a price cap on Russian oil are said to have stalled after a meeting of EU officials ended without agreement.

The price cap on seaborne Russian oil exports will be part of sanctions aimed at punishing Moscow by limiting its revenue from oil exports. According to reports, EU diplomats were unable to agree on a price for the cap.

Ukraine’s military claimed on Wednesday that Russian troops had launched roughly 70 cruise missiles against locations throughout the nation and had also deployed attack drones.

According to the country’s Energy Ministry, supplies have been cut to “the great majority of electrical users.” Vitali Klitschko, the mayor of Kyiv, said that the whole city has lost water. Water and heating will be restored to residential buildings on Thursday morning, according to the municipal administration.

The deputy director of Ukraine’s presidential office said late Wednesday that Kyiv and a dozen other districts, including Lviv and Odesa in the south, had been restored to the power system.

Klitschko said that 21 of 31 missiles aimed against Kyiv were shot down before they could reach their objectives. One of the ten that slipped through the defences struck an apartment building in Vyshgorod, a northern suburb of the city, killing three people and injuring 15.

The building had a kindergarten on the lower ground level, but it was evacuated when the air raid sirens went off. The bomb shattered the tops of neighbouring trees and wrecked a children’s playground, leaving a three-metre crater in front of the building.

“It flew right over us. We heard a whistling sound and then it came down on the building,” said Ruslan Vorona, a local resident. He and his eight-year-old son, Oleksii, were sheltering and charging their phones in a tent set up by the emergency services.

“There were a couple explosions,” claimed another resident, Oleksandr, 28, who declined to provide his last name. Two of the missiles were softer, one was louder, and one flew just over my head.”

Earlier in the day, a Russian missile hit a hospital maternity ward in southern Ukraine, killing a newborn infant. According to Ukraine’s national emergency service, a mother with her two-day-old infant and a doctor were in the facility in Vilniansk, near Zaporizhzhia, when it was attacked. Rescue crews rescued the mother and doctor from the wreckage, but the baby perished, according to the Telegram messaging service.

At the security council meeting, UN Political Chief Rosemary DiCarlo asked that Russia immediately cease the assaults, which violate international humanitarian law, emphasising that “there must be responsibility for any breaches of the rules of war.”

Vladimir Putin, according to US Ambassador to the UN Linda Thomas-Greenfield, is “weaponizing winter to inflict terrible agony on the people of Ukraine.”

Vassily Nebenzia, Russia’s UN ambassador, informed the Security Council that Moscow was carrying out “strikes targeting infrastructure in response to the unrelenting transfer of weapons to Ukraine and Kyiv’s reckless demands to destroy Russia.”

Ukraine’s foreign minister, Dmytro Kuleba, claimed the fresh Russian attacks were in retaliation to the European Parliament’s vote to label Russia a “state supporter of terrorism” for its nine-month invasion of Ukraine, and its request for the rest of the EU to do the same.

“Since Russia is unable to win a fair conflict with the Ukrainian army, it fights a cowardly campaign of terror against people,” Kuleba said, asking Kyiv’s western partners to provide additional air defence systems.

The vote by European parliamentarians on Wednesday to recognise Russia as a “state supporter of terrorism” is a symbolic political act with no legal ramifications.

Kyiv has been calling on the international community for months to name Russia a “terrorist state,” and the EU parliament’s vote is certain to enrage Moscow.

The “deliberate assaults and atrocities carried out by the Russian Federation on the civilian population of Ukraine… and other egregious breaches of human rights and international humanitarian law amount to acts of terror,” according to the resolution endorsed by EU parliamentarians.

Ukraine applauded the decision, with Zelenskiy demanding that Russia be “made responsible in order to halt its longtime campaign of terrorism in Ukraine and across the world.”