Who is Ronnie Radford? 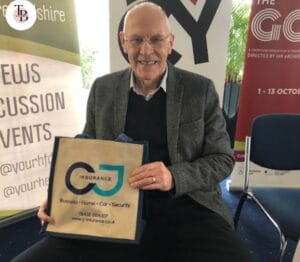 Ronnie Radford is known as the hero of Hereford United for his tremendous victory in the Football match back in the year 1971/72. Ronnie Radford was born on 12 July 1943, in South Elmsall, West Riding of Yorkshire, England. Ronnie was married to Annie Radford. He has two children Garry and David. He is an English Footballer who gained the fame after scoring an outstanding goal for Hereford United in the Football Cup for the time of their giant-killing of Newcastle United.

Ronnie started his football journey at Sheffield Wednesday and then Leeds United in the year 1961-62. He didn’t appear that good during that time, since he was just a fresher. Then he joined Cheltenham Town for 1962-65 season, but didn’t achieve much as he played football for part-time during those years. He joined Rugby Town for a single season i.e. 1966 and eventually joined Newport County. An amount of £1,500 was paid to Ronnie for joining Newport County. During his first season with Newport County, he was declared Player of the Year by the supporters.

Know How Ronnie made it to Hereford United Club: 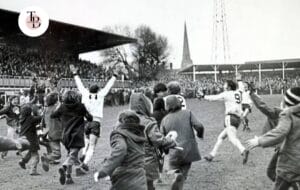 Years later, Ronnie faced physical and financial issues due to the regular traveling and its expense. Then he joined the Hereford United club which was near his home. Then he started going there regularly and joined their team. In the year 1971-72 season, Ronnie Radford nailed the game with his football skills. He defeated Newcastle United by 2- 1 score. He was praised by everyone and gained a lot of fanbases. Motson Commented on this goal and says, ‘Oh what a goal! Radford is the scorer. Ronnie Radford! And the crowd is on the pitch. What a tremendous shot by Ronnie Radford’. He became the history of Football. People remember him as the hero and scorer of the 1971-72 season.

What happened to Ronnie Radford when he Died at the Age of 79: 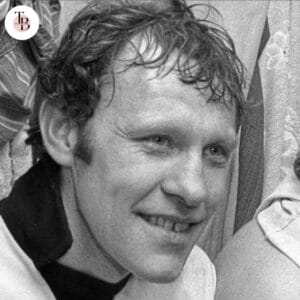 Ronnie Radford’s death was a moment of sorrow for everyone. Ronnie died on 2 November 2022 at the age of 79. His death left everyone in tears. Since he was a famous name in Football history, every football game lover of his season is sad and praying for his soul to rest in peace. Though the reason for his death is not disclosed yet.

The news of Ronnie Radford’s death was announced by Hereford United Club. A statement has been released by Hereford United which says, “We are devastated to hear of Ronnie’s passing and wish to extend our deepest condolences to his family and friends at this very sad time. Ronnie is not just a part of Hereford United folklore, he is a part of football history and has kept Hereford on the football map since 1972. His mild manner and friendly and modest approach to life epitomized the man he was and he was always delighted to visit Edgar Street, to meet up with past teammates and watch the present-day team in action. We will always keep Ronnie close to our hearts at Edgar Street, not just at FA Cup moments, but forever and celebrate him and his huge role in propelling Hereford United to the forefront of the nation’s attention with that goal and being part of that team. We will carry your spirit onwards. Rest in peace Ronnie!”

Every member of Hereford shares their condolence to Ronnie’s family and loved ones. It is an unhappy moment for football lovers, especially of the 1971-72 season. May Ronnie’s Soul Rest in Peace!