The suspect in a triple murder in southern California who was killed in a gunfight with police was a Virginia cop who authorities say travelled across the nation to meet a young girl before killing three members of her family.

Austin Lee Edwards, 28, also set fire to the family’s house in Riverside, California, on the day of the shooting on Friday before fleeing with the daughter, according to a press release from the Riverside Police Department.

Deputies exchanged gunfire with Edwards and fatally shot him after discovering him with the adolescent later that day, according to press releases from the San Bernardino County Sheriff’s Department and Riverside Police Department.

Edwards was a Virginia state police trooper until last month, and he was just recruited as a sheriff’s deputy in that state, according to spokespersons. 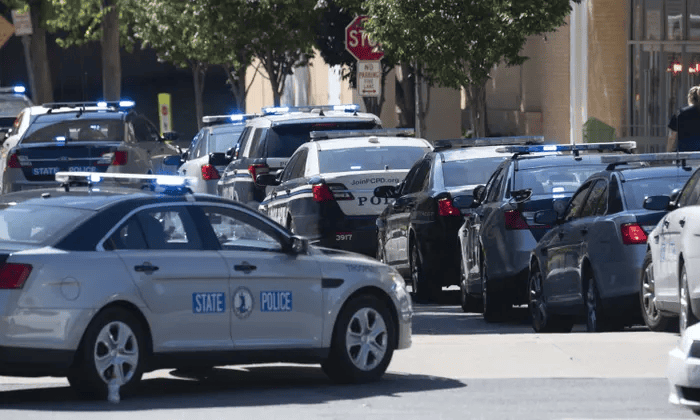 According to Riverside police, Edwards, a North Chesterfield, Virginia resident, contacted the child online and collected her personal information by misleading her with a fictitious identity, a practice known as “catfishing.”

Mark Winek, 69, his wife, Sharie Winek, 65, and their 38-year-old daughter, Brooke Winek, were recognized as the girl’s grandparents and mother. The specific reasons for their deaths are still being investigated, according to police.

Riverside police stated the adolescent was unhurt and was put into protective care by the Riverside County Department of Public Social Services.

On Friday morning, police in Riverside, roughly 50 miles (80 kilometers) south-east of downtown Los Angeles, got a report for a welfare check about a man and woman engaged in a quarrel beside a vehicle. Investigators eventually discovered that the two individuals were Edwards and a youngster whose age was not disclosed. As reported by the Guardians.

According to authorities, the suspect in a triple murder who died in a confrontation with officers Friday in Southern California reportedly went across the nation to meet an adolescent girl he catfished online before killing three of her family members.

Austin Lee Edwards, 28, is also suspected of setting fire to the family’s home in Riverside, California, before fleeing with the girl, according to a news release from the Riverside Police Department.

Deputies from the San Bernardino County Sheriff’s Department murdered Edwards, a former police officer, after spotting him with the girl later that day, according to authorities.

Edwards, who resided in North Chesterfield, Virginia, contacted the girl online and got her personal information by impersonating her, a practice known as “catfishing.” Source of information USA today.

Police stated Monday that their deaths were still being investigated.

The cause of the fire at the property, located approximately 50 miles southeast of Los Angeles, was also under investigation, according to authorities, although it looked to have been “deliberately started.”