Who was Mimi Parker? Her Personal life discussed: 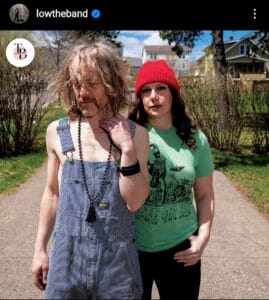 Mimi Parker was a famous drummer and Vocalist and co-founder of the Minnesota indie band ‘Low’. She was born in a small village and put herself forward in the music industry. Mimi was from a musical family. Her mother was a former country singer and her sister used to play guitar. Her interest in music was inherited. Mimi played the drum fully in middle and high school.

Mimi Parker was married to George Allen Sparhawk (co-founder of the Indie Rock band ‘low’). They initially met while attending grade school in a small town outside of Bemidji. Both of them fell in love and got married and moved to Duluth. They have two children Hollis and Cyrus. They formed this band together. She once said, “I guess (music) was always kind of a dream, not something I ever thought I’d do, but every once in a while I’d have the thought that playing music would be fun. So Alan and I talked about it and then he and (bassist) John Nichols got together and came up with the idea of the band — slow and quiet.” 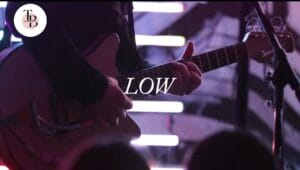 The Indie Rock Band ‘Low’ became famous after the release of their album ‘I Could live in Hope’ in 1994. The band has released around 13 albums to date. They have gained a huge fan base. Their musical tours got delayed due to their health and now the death of Mimi Parker.

How did Mimi Parker die?

The famous vocalist of ‘Low’, Mimi Parker dies on 5 November 2022. Her death is a moment of sorrow for all the ‘Low’ members and fans. Her death news was officially announced on the Twitter page of the band ‘Low’ by Mimi’s husband and member of the band. The band wrote, ‘Friends, it’s hard to put the universe into language and a short message. She passed away last night, surrounded by family and love, including yours. Keep her name close and sacred.

Share this moment with someone who needs you. Love is indeed the most important thing.’ 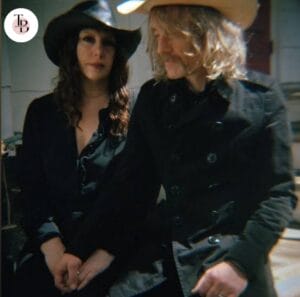 Mimi’s deteriorating health delayed the upcoming concert of the band in November for which the band wrote for fans on Instagram, ‘There have been difficult days but your love has sustained us and will continue to lift us through this time,’ wrote Low guitarist Sparhawk. ‘Our hearts go out immediately to others in similar situations but who don’t have as many people sending such love and healing wishes… With tears, we say thank you and hope to see you soon.’

What and When Mimi Parker has got Diagnosed with Cancer: 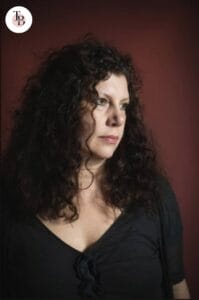 Mimi Parker was enjoying her life with her family and band. She got diagnosed with cancer in 2020. She was suffering from Ovarian Cancer and was treated in 2021. Her health was to be announced officially after the cancellation of many events of the ‘Low’ band. Thus, Mimi announced her cancer diagnosis in a podcast in 2022. She was a very confident girl and never lose hope despite being in so much pain. Mimi Parker said in the podcast, “I think it’s important to — when people get a diagnosis — some people tend to ask ‘Why?,’ ‘Why me?’ I never had that. It was always, ‘Why not?’ We’re all subject to whatever random this and that happens.” She was such a pure soul.”

Mimi was always ready to live her life to the fullest. She then added, “Our time can be cut short, and what do we do with that time that we have? We try to make each day mean something.” She is indeed an inspiration.

With that note, she lived happily and on 5 November she left for heaven. May her soul Rest in Peace.

Read Also: Coy Gibbs Die; A NASCAR Driver and Son of the Former NFL Coach Joe Gibbs, Dies at the Age of 49!