A man was nabbed and accused of the disappearance of a 34-year-old man, who is now considered dead.

Justin Haden, 34 years old, was last seen on November 1 in The Domain in north Austin, according to a report from KXAN. On November 7, his disappearance was reported.

Meanwhile, a certain Gavin Roberts, 26 years old, was detained on November 23 and accused of tampering with a corpse in the case, according to U.S. Marshals. He is now being held in the Denver Colorado Detention Facility.

Following the issuance of a search warrant, it was discovered that Roberts was with Haden on the day of his disappearance, based on telephone data and security footage.

According to the document, Haden is currently thought to be deceased following a search of his flat. 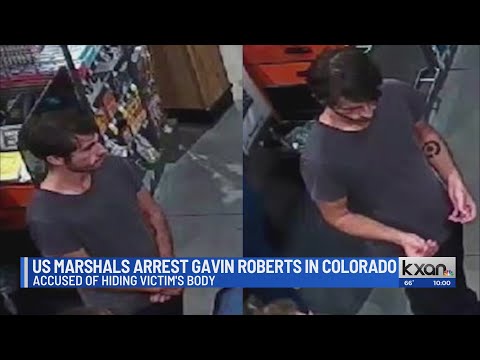 Haden’s family and attorney had not heard from him in three days, so they phoned the Austin Police Department to check on him on November 4. The search warrant claimed that APD saw “red wine streaks” on the wall near a bed after entering the unit.

A few days later, Haden’s father enlisted the aid of a private detective to locate his son.

According to the search warrant, the investigator visited the flat and noticed the spots on the wall, but he suspected they might be blood.

The mattress had a sizable patch of reddish-brown stains that extended down the side of the bed and onto the floor when the investigator pulled down the bed’s linens.

The investigator informed APD of the discovery and hypothesized that a violent crime had occurred in the unit.

The material on the bed tested positive for human blood, and the warrant confirmed this when APD returned to the residence to collect more evidence.

The search warrant stated that video footage saw Roberts leaving Haden’s apartment on the afternoon of November 1 while holding what looked to be a cardboard box and crumpled brown paper in one hand and two sizable white garbage bags in the other.

He was observed leaving Haden’s apartment the second time, pulling what seemed to be a sizable black duffel bag on top of a huge blue plastic tote. Roberts seemed to have difficulty dragging the tote and bag.

An hour or so later, a vehicle without a rear bumper was captured on camera driving in the apartment complex’s parking garage with the trunk propped up.

The trunk was held open by a big blue plastic sack. It resembled the bag Roberts carried out of Haden’s apartment in size, shape, and color.

According to the initial affidavit in this case, when officers went to Haden’s apartment to check on him during the welfare check, they discovered no one was home. They noticed red bloodstains on the wall, secured the place, and left.

Officers are constrained in what they may do during welfare checks, according to Kevin Lawrence, executive director of the Texas Municipal Police Association, to uphold the Fourth Amendment’s prohibition on “unreasonable searches and seizures.”