Extremism experts and historians have raised concern following several politicians, media figures, and celebrities amplifying antisemitic theories that have historically resulted in the murder of Jews.

Sarah Adelman was worried about white supremacists, her mother, and their synagogue as other children in Austin were recovering from trick-or-treating in Halloween last year.

Someone set fire to Congregation Beth Israel, where Sarah’s mother, Lori, is a leader, following a series of anti-Semitic acts in Central Texas.

“I felt extremely terrified and sad,” 10-year-old Adelman was quoted saying in a report from the Texas Tribune. She said that it made her anxious for her mother.

The arson was a part of a growing trend of anti-Semitic acts that reached their greatest volume in forty years last year. 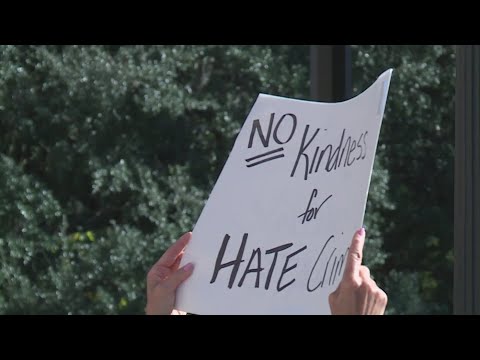 The number of anti-Jewish incidents the Anti-Defamation League monitored nationally in 2021 was 2,717, a 34% rise from 2020 and the largest total since the organization started keeping track of antisemitism in 1979.

The ADL reported 112 antisemitic incidents in Texas in 2021, almost tripling the number from 2020, and both the state and the country are on track to break those records this year.

For years, historians and experts on extremism have raised the alarm about increasing antisemitism and what they claim are glaring indicators of the rise of fascism and violent extremism.

As powerful American politicians, media figures, and celebrities often spread antisemitic theories that have historically resulted in the murder of Jews; the warnings have only gotten more severe.

Carlson has been actively promoting the beliefs at the heart of the “great replacement hypothesis” to millions of people every night. To extremists with trained ears, Ye’s words served as dog whistles.

Neo-Nazi organizations spread “Kanye was correct about the Jews” flags throughout significant American cities, feeling emboldened. An Internet security analyst in Manhattan alerted law authorities about an impending plot to shoot up a neighboring synagogue as antisemitism grew on the internet and the media.

Last month, former president Donald Trump criticized the nationalism of Jews in America by putting them against his evangelical Christian followers. Trump stated Jews had dual loyalty to America and Israel on his social media platform Truth Social and urged them to “get their act together and appreciate what they have in Israel – Before it is too late!”