Explore Who was Dusty Springfield? 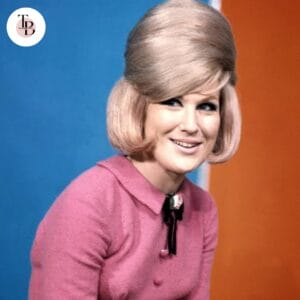 Dusty Springfield, full name; Mary Isobel Catherine Bernadette O’Brien, was born on 16 April 1939 in West Hampstead, London, England, and died on 2 March 1999 in Henley-on-Thames, Oxford shire, England. Dusty is an English singer. Her mezzo-soprano voice made her sing in various genres such as blue-eyed, pop, and dramatic ballads. Dusty was a star icon in the sixties era. Her singing ability, dressing sense, makeup, and personality made her the most famous singer in England.

Also, Dusty’s other famous solo album released in the 60s “Dusty in Memphis”, was added to the National Recording Registry, which preserves audio recordings considered to be “culturally, historically, or aesthetically significant by the US Library of Congress in March 2020. Her famous works are still being honored and remembered. What a beautiful impact Dusty has left on everyone. Her vocals have always been to her side and her mezzo-soprano voice hit the lady in the whole world. 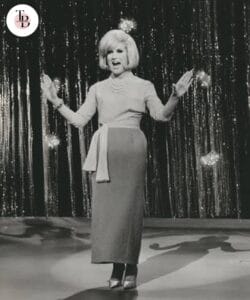 Since Dusty Springfield was a famous pop star of the sixties. Her dusky voice made her release some great albums that made her recognized to date!

It was 8 November 1963, and Dusty released her magnificent solo album “I Only Want To Be With You”, hence google doodle celebrates her on this date today. ‘Today’s Doodle celebrates performer and Rock & Roll Hall of Famer, Dusty Springfield. Known for her impressive versatility across genres, eye-locking stage presence, and signature blonde beehive, Springfield was a cultural icon whose successful career spanned over five decades. On this day in 1963, Dusty released her first solo single, ‘I Only Want to Be with You,’ written by google.

Dusty was a born star. Her interest in music developed during her childhood. She started singing professionally when she worked with Lana Sisters in 1958. Soon after she formed the folk trio ‘The Springfield along with her brother Tom and Tim Field. The folk trio then released an album in 1962 “Silver Threads and Golden Needles,” which became a top 20 hit in America—a rare feat for a British group at the time. Eventually, the trio disbanded and that was the golden chance for Dusty to shine. After the disbanding, Dusty raced her career as a solo singer and released great albums back to back. She was indeed a self-made woman. 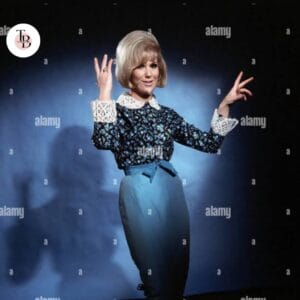 Dusty’s Career ended in 1999 and released her last studio album, was inducted into the Class of 1999 Rock & Roll Hall of Fame and was recognized as Britain’s best-ever pop singer by The Rolling Stones! Dusty Springfield ‘A shining Veteran Superstar’.

Google paid a tribute to Dusty and wrote, ‘Thank you for always keeping us wishin’ and hopin’, Dusty. Proud to be celebrating you today!’

1. Who was Dusty Springfield?

3. When did Dusty Springfield die?

4. When did Google Doodle CelebCelebratey Springfield?

5. Why Google is  Doodle Celebrating Dusty on 8th November 2022?

Google Doodle celebrates her famous album “I Only Want To Be With You” released on 8 November 1963.

Read Also: Who Is Dwight Howard’s Wife, Te’a Cooper? Read Know Everything about Her