Who is Faze Swagg?

Listening Faze Swagg’s name, the first thing that clicks into our mind is YouTube. Faze is a famous YouTuber; famous for his game streams. Faze Swagg’s full name is Kris Lamberson. He was born on 14 May 1996 in Phoenix, Arizona. He is currently 26 years old. Faze has a very charming personality and a huge fanbase. Faze is into gaming since childhood. His interest in games originated when he played Basketball with his father during his teenage. He loved playing basketball but got into digital gaming when he grew up.

Faze Swagg learned about this game called ‘ Call Of Duty: Modern Warfare 3, from his friends. 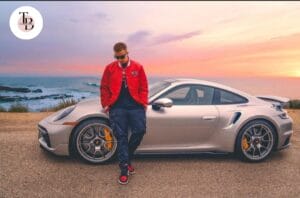 Faze Swagg is a huge name in YouTube Industry. He loves playing basketball in his teenage days but started game streaming on YouTube after an injury. Faze was into basketball since his college life, where he came with a basketball scholarship. Faze got injured during one of his games and decided to back off from playing basketball. He then start gaining interest in YouTube and took it as his career. On this Faze once said, “I was playing basketball in college and then I tore my labrum and I was out for eight months. Then, I met a couple of friends who were doing YouTube seriously and they were making a couple of hundred bucks and I was just like, ‘Damn, like doing videos?!’ I was doing a part-time job getting like $60.”

Faze Swagg has a huge following with 2.47 million subscribers on YouTube and 608K followers on Instagram with a verified account. His most famous videos are ‘World Record 129-0 Gameplay in Black Ops 4’, ‘I Died to a Hacker & Spectated Him In Warzone!’ and ‘Meet the 5-year-old Warzone Prodigy’. It wasn’t easy for Faze to record his videos at home as he once said. “Back then, my dad would always yell at me because I would scream at like at eight o’clock at night. My mom would be mad at me when I played during the day because she does the graveyard shift. So she tries to sleep during the day, but my mom was the first one I think to really like, let me do something with YouTube.”

Faze Net Worth in 2022 is $800 thousand. Faze fulfilled his own dream by buying his new car  Mercedes AMG GTS Brabus 600. He recently purchased a Porsche 911 Turbo S.

Is Faze Swagg still Dating or has he Split with his Girlfriend? 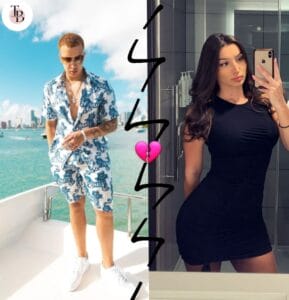 Rumors were in the air about the breakup of the couple and Faze put a fullstop by tweeting and confirming the split. He Tweeted and said that in his relationship, he wants to be open and honest about his breakup with his fiancé. After the split, both Faze and Russell vanished all their posts of them together from Instagram. Faze didn’t specify the exact reason for the split, but he confirmed the breakup. They don’t blame anyone for the split and declared it a mutual decision.

Read Also: Is Anna Haugh the new Judge for Master Chef? Know About her Personal and Professional Life!