It will take him a few weeks to recuperate from his severe burns, but the condition is far from dire.

A car fire that started in Jay Leno’s garage sent the American TV host and well-known car enthusiast to the hospital. Leno is best known for his time as host of “The Tonight Show.” For those who don’t know, Jay Leno hosted “The Tonight Show” for over ten years before launching his “Jay Leno’s Garage” YouTube channel in 2008. Since then, he has become known as an icon for cars.

The famous name in automotive was transported to the hospital as soon as the tragedy started. According to reports, he had burns on the left side of his face. In a statement that was later made, he claimed that he had sustained severe burns as a result of a gasoline fire and would require a week or two to recover. Although his precise state is unknown, it is thought that he has not sustained any significant wounds. It is still unknown why the car caught on fire.

Jay Leno owns a sizable collection of vehicles, including a number of rare, expensive, and exotic makes and types. The collection’s total value has increased to over 50 million thanks to the triple-digit numbers for the cars and two-wheelers in his garage.There are a few McLarens, Lamborghinis, Fords, Dodges, and a tonne of other antique and classic vehicles that you probably have never even heard of. Morgans, Corvette Stingrays, and Buick Roadmaster are a few well-known examples of the classic collection.

An email from The Financial Brand to guests of Forum 2022 stated that the former Tonight Show host, 72, was supposed to perform at a financial conference in Las Vegas on Sunday night but was unable to do so due to a health issue. 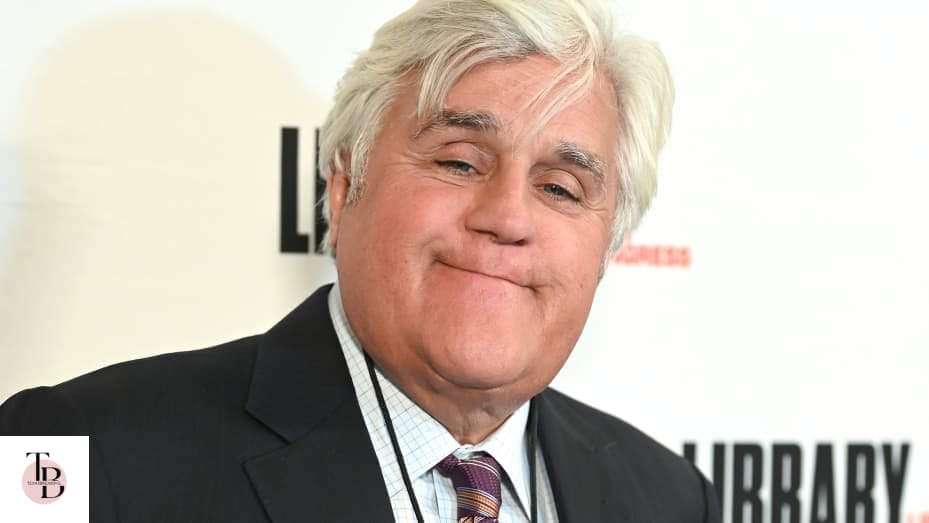 The email said, “There was a very critical medical situation that is preventing Jay from travelling, but his family was not able to provide us with many many specifics.” “We just know that he is alive.”

Leno has previously been upfront about his health, but his present state is unknown. In a 2019 video, he described a scan showing a blockage in his heart after receiving a high cholesterol diagnosis. He also talked on the significance of regular checkups and proper food.

At the time, he said, “We really want people to see the connection because many people are unaware that high cholesterol — and if you’ve had a heart attack or stroke, you’re increasing your risk for another one.” It may not completely destroy the house, but it weakens the structure, just like an earthquake.

A. He is a Famous American television host, writer, comedian and actor.

A. He suffered injuries from car fire.

5. What is her Nationality?

A. United States of America