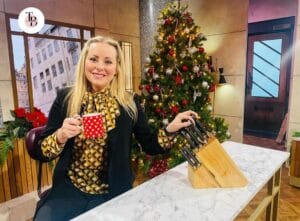 Anna Haugh born in Irish on 6,November 1980. She is the famous chef, restaurant owner and a TV Personality. Anna has always been around food. She loves cooking. Anna grew up in Tallaght. She did her secondary schooling from Presentation Secondary School in Terenure. Anna developed her cooking skills TU Dublin School of Culinary Arts and Food Technology in Dublin. There she kick start her career in cooking, started working with different chefs and owned a restaurant. Anna is a big name in Hospitality Industry. Anna found her new restaurant in May 2019 in Chelsea, London and named it as Myrtle; named after Irish Michelin star winning head chef Myrtle Allen.

Anna have also worked in television. Anna’s first documentary was for the show The Stress Test in BBC. Anna also emerged as a guest judge on Gordon Ramsey’s U.S show Hell’s Kitchen. Anna won an episode of Channel 4’s Snackmasters. Then Anna was regularly seen in Saturday Kitchen. She herself is a star chef and cooks really delicious food. Anna have worked with many great chefs.

In the year 2019, Anna has been awarded “The Best International Chef” at Food and Wine Awards.

In 2022, it is being declared that Anna would be replacing Monica Galetti in the new season of MasterChef: The Professionals. Lets explore Why? 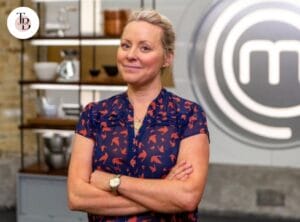 Anna Haugh would be seen replacing Monica Galetti in the MasterChef: The Professionals. Monica Galetti is a New Zealand chef who have been co- judging the show for almost 14 years. She back off from judging in 2022 season because of her commitments to her personal life. Monica wants to focus more on her family and restaurants. It is a hard decision for her but something have to be gone. It was very difficult for Monica to manage her family and long shoots for the show. For her decision about giving up on judging the show she says, “So, for the moment, my focus has to be 100% about my loved ones and rebuilding my kitchen team who have had a battering over the last few months especially. Those in the Hospitality Industry know just how tough it is at the moment.”

Anna Haugh will be joining as a co- judge with Marcus Wareing, Gregg Wallace for the 2022 season. All the contestant are ready to showcase their cooking skills, if they get success in impressing the three judges will boost their career or else they loose their reputation. Since Anna had to replace Monica Galetti, She says, “I have long-admired Monica as an incredible chef and she’s paved the way for female chefs. It’s a privilege to be keeping her seat warm in the MasterChef kitchen.” 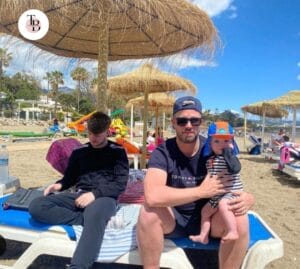 Anna Haugh owns a restaurant Myrtle along with her husband Richard Elwell. Anna’s estimated Net Worth 2022 is $1 – $5 million. Anna loves spending time with her family. Anna and Richard have welcomed a baby boy in 2021 and names him Oisín Ronnie Elwell. Anna have a step son named Henry; who is the actual son of Richard from his previous relationship. It was never easy for Anna to manage motherhood and work. She even get emotional thinking about Oisín as it took her seven years to conceive. Anna feared that her pregnancy may ask her to leave a job she loves. But she is destined to be a mother.

Opening her restaurant and becoming a businesswoman, it gave her more time with family and son. To this Anna says, ‘Opening my restaurant, Myrtle, in London, meant I had culinary freedom.’ ‘It has given me employment freedom too. This is part of the privilege of being your own boss,’ she added.