Alba Baptista is the Love of Chris Evans: 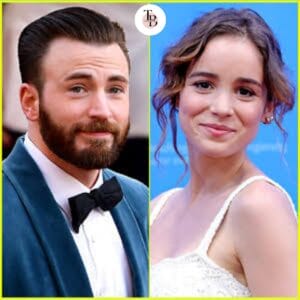 Chris Evans; “Sexiest Man Alive”, has worked in several Marvel Cinematic Universe including Captain America: The First Avenger to Avengers: End Game. Chris has always been adored by women because of his sizzling personality and sexy looks. Every woman has dreamt of being with Chris. But the news is viral about Chris dating a 25-years old Portuguese actress for almost a year now. The news is a complete shock for every admirer of Chris. The reports claim that Chris and Alba are in a serious relationship and are so much in love.

Chris has been seen commenting on Alba’s pictures on Instagram. The moment after the news spread about them being together, pictures of the couple holding hands at a park went viral. The pictures are proof and confirmation of Chris’s dating Alba Baptista.

In a recent interview, Chris shared his thoughts about love and relationships and how he wants to have a family and kids. He said, “That’s absolutely something I want: wife, kids, building a family,” added Evans. “When you read about most of the best artists, whether it’s actors, painters, writers, most of them [admit] it wasn’t the work they made [that they are most proud of], it was about the relationships; the families they created, the love they found, the love they shared.”

“So it’s also something through my long 41 years that also rings true. Those things are the most important,” he said. “I love the idea of tradition and ceremony. I had a lot of that in my life, so the idea of creating that — I can’t think of anything better,” he added.

Thus Chris is very serious about his relationship with Alba and the couple may be seen together frequently.

A brief about Alba Baptista: 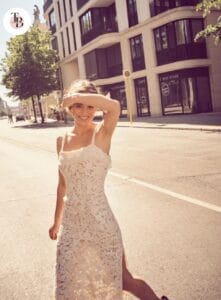 Alba Baptista born on 10 July 1997 in Lisbon, Portugal, is a Luso-Brazilian actress who has been seen in many Portuguese series and recently in the Netflix series Warrior Nun. Alba’s mother is Portuguese while her father is Brazilian, to the fact Alba can speak 4 languages; English, Spanish, French, and German. She is a talented beauty.

Alba began her career in her homeland Portugal with the series Jardins Proibidos and later starred in multiple Portuguese series and films. Working in the Netflix series Warrior Nun is her first English-language debut. She is been lucky because of her work as well as to be called the love of Chris Evans.

Many Tweets regarding Alba and Chris’s relationship; A mix of happy and heartbroken emotions: A tweet states, “I just noticed Chris Evans has been active on liking and now even commented on alba’s ig post…it feels like that’s the signal of him and her going on public and people’s report is just the confirmation,” along with a happy shocked eyes gif.

A woman wrote on a tweet with a hilarious meme, “Chris Evans is dating alba Baptista and has been for a year…? I mean I’m happy for them but I wish that was me tho I love Chris.”

Another one wrote with heartbroken emotions, “To see these photos I can only say that if he is happy I will be happy but what if I am heartbroken?”

“Chris Evans and Alba Baptista are dating for a year now. I am so happy for them, I really am,” finally a happy tweet or pretend to be a happy tweet.

People are full of mixed emotions and why not he is the “Sexiest Man Alive” Chris Evans!

Read Also: News and Rumors about Cam Newton; Is Cam Newton Returning to Football with the Saints? Explore now!