Whose Line Is It Anyway? is an American improv comedy television show based on the British show of the same name. From August 5, 1998, through December 15, 2007, it was hosted by Drew Carey on ABC and ABC Family. On July 16, 2013, The CW premiered a reboot of the show hosted by Aisha Tyler. The series’ prominent cast members are Ryan Stiles, Colin Mochrie, and Wayne Brady, with a guest panelist filling the fourth spot. A guest star will occasionally aid the performers.

About the Show: Whose Line 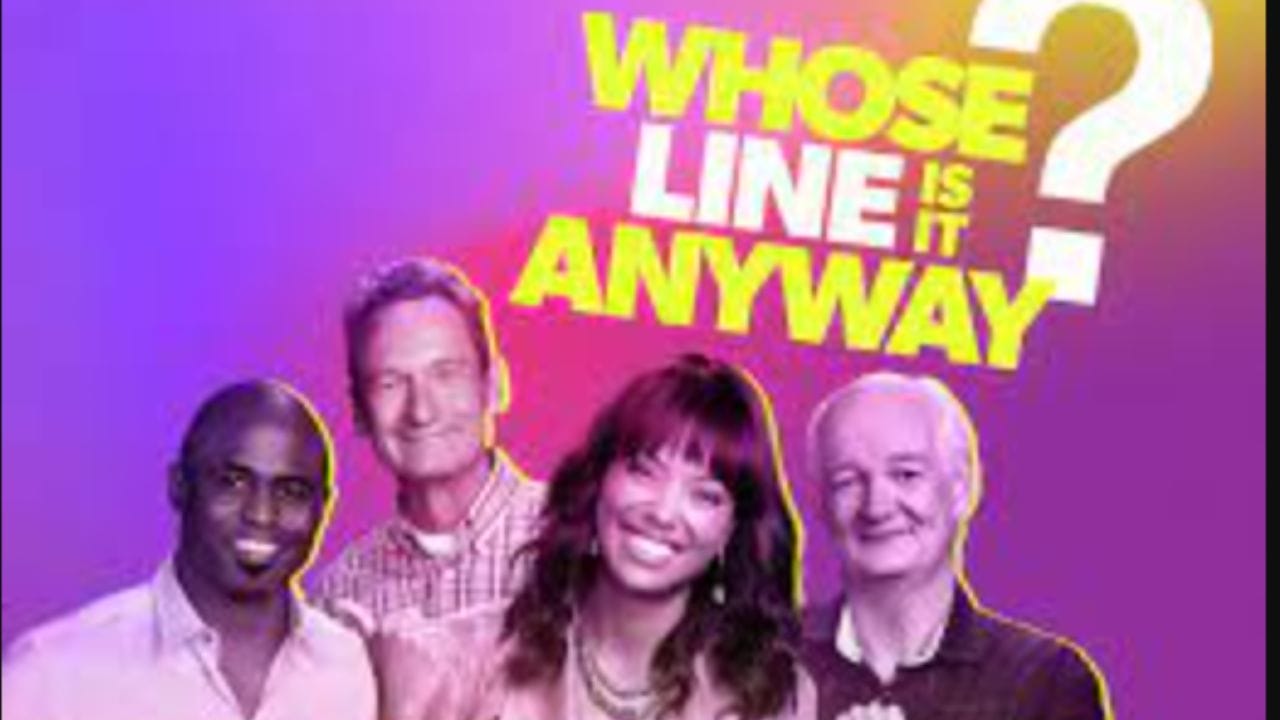 In the tradition of short-form improvisation games, a panel of four performers creates characters, situations, and songs on the fly. The topics for the games are decided by either audience requests or preset cues from the host, who will set up a tournament and environment for the performers to improvise. Drew Carey, the original host, gave arbitrary point values after each round, frequently offering a hilarious justification for his decision. It was entirely ornamental and provided no functional purpose. He would say this several times at the start of each episode, referring to “the show where everything’s made, and it doesn’t matter.”

Format of the Whose Line Show: 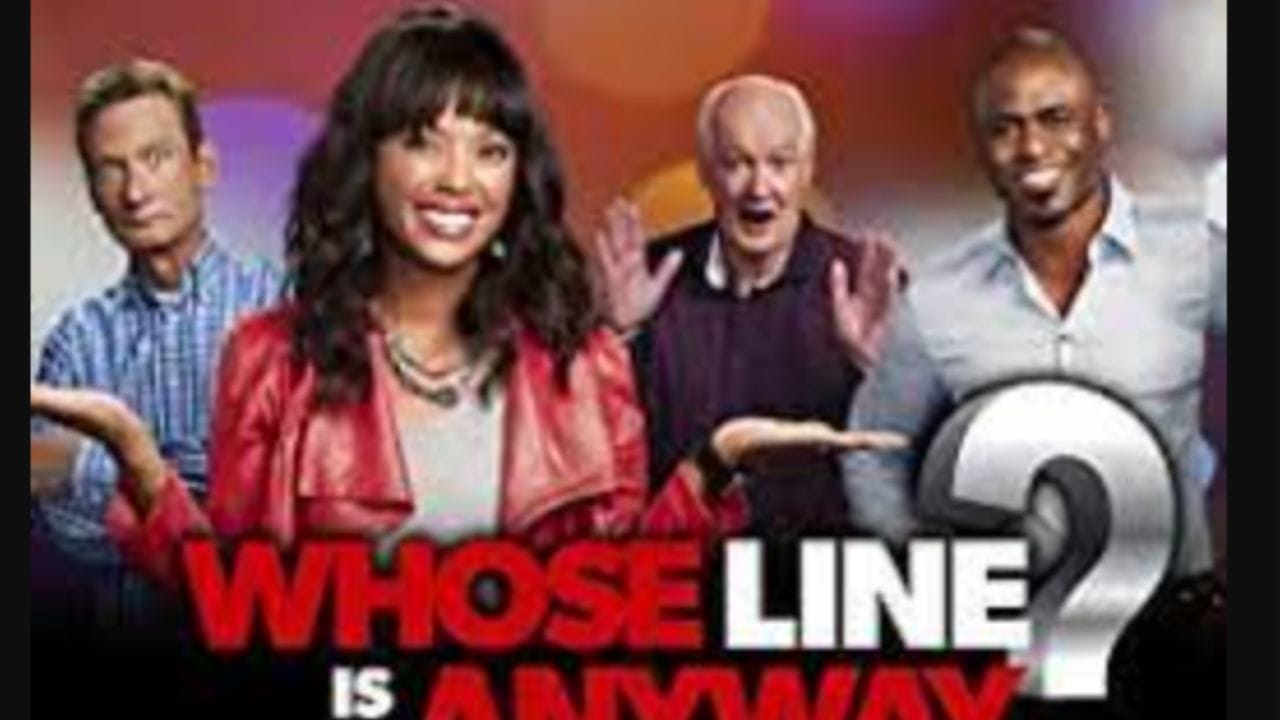 Some had all four performers, while others had only one or two. Between rounds, the performers sat in four seats facing the audience. The performers who were not playing the game stayed seated. At the end of each show, Carey winner or winners at random. Playing a game with the host or sitting out while the other performers played was the “reward.” During the show’s first season, it simply rolled under the show’s theme. The credits were read out loud by one or more cast members in the second season.

Concept of the Games: 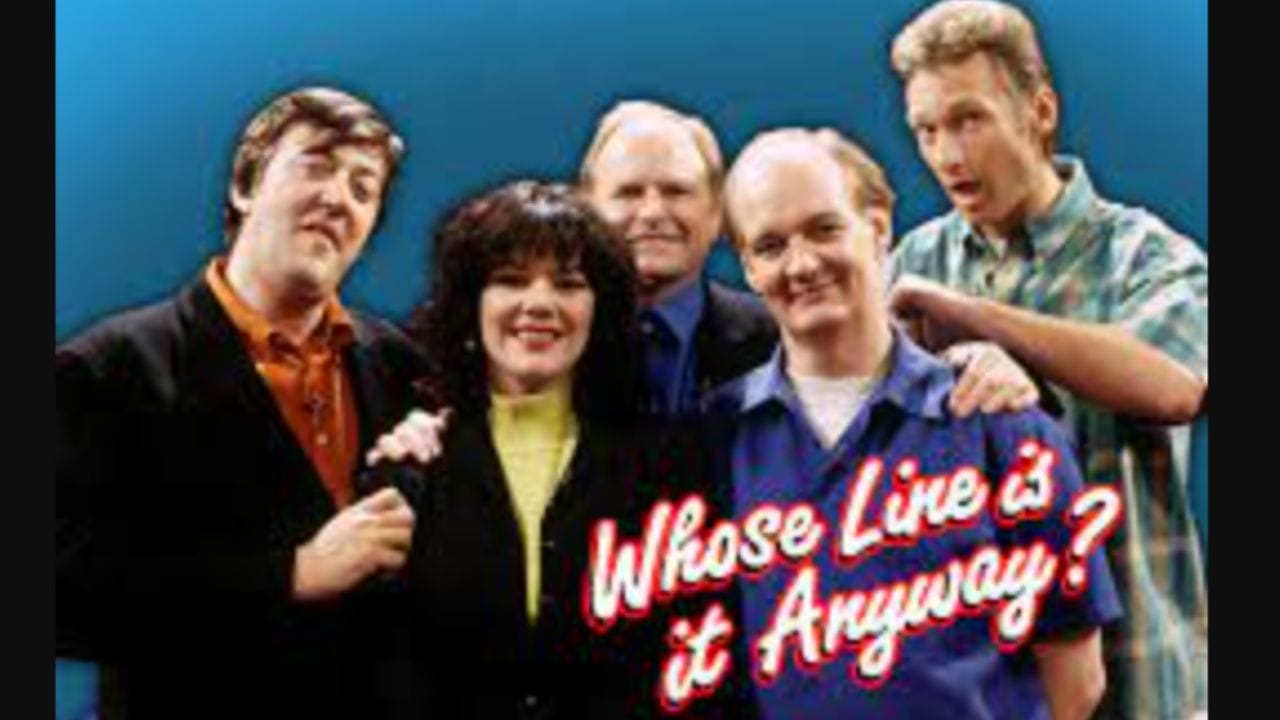 The number and type of games played changed from episode to episode, and while some got more popular over time, others faded away. Scenes from Props, Hoedown, Hat, Helping Hands, Greatest Hits, Questions Only, and Party Quirks, with a significant number brought over from the UK original. Games are designed to test improvisational skills, requiring the host to solicit suggestions from the studio audience for specific topics or situations. In contrast, others require these suggestions to be written by the production staff or submitted by the audience.

Performers of the Show: 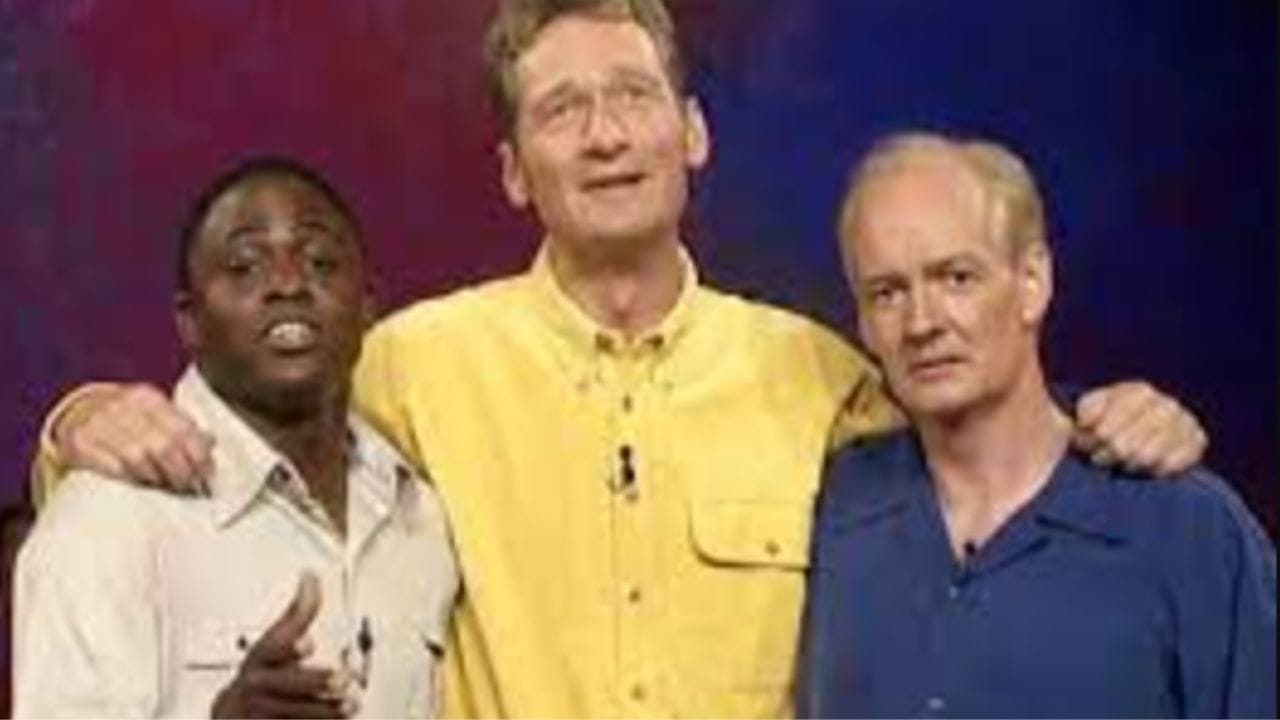 Several actors, including Brady Mochrie, in the original UK run of Whose Line; other British actors include Greg Proops, Brad, Karen Maruyama, Chip Esten, and Josie Lawrence, musician Laura Hall. Mochrie has been a regular since the show first aired in the United States, while Brady appeared from season two to seven and again from season nine onwards, with reoccurring appearances in seasons one and eight. Greg Proops has appeared in most episodes (76), with Brad Sherwood coming in second with 71.

History of the Show: 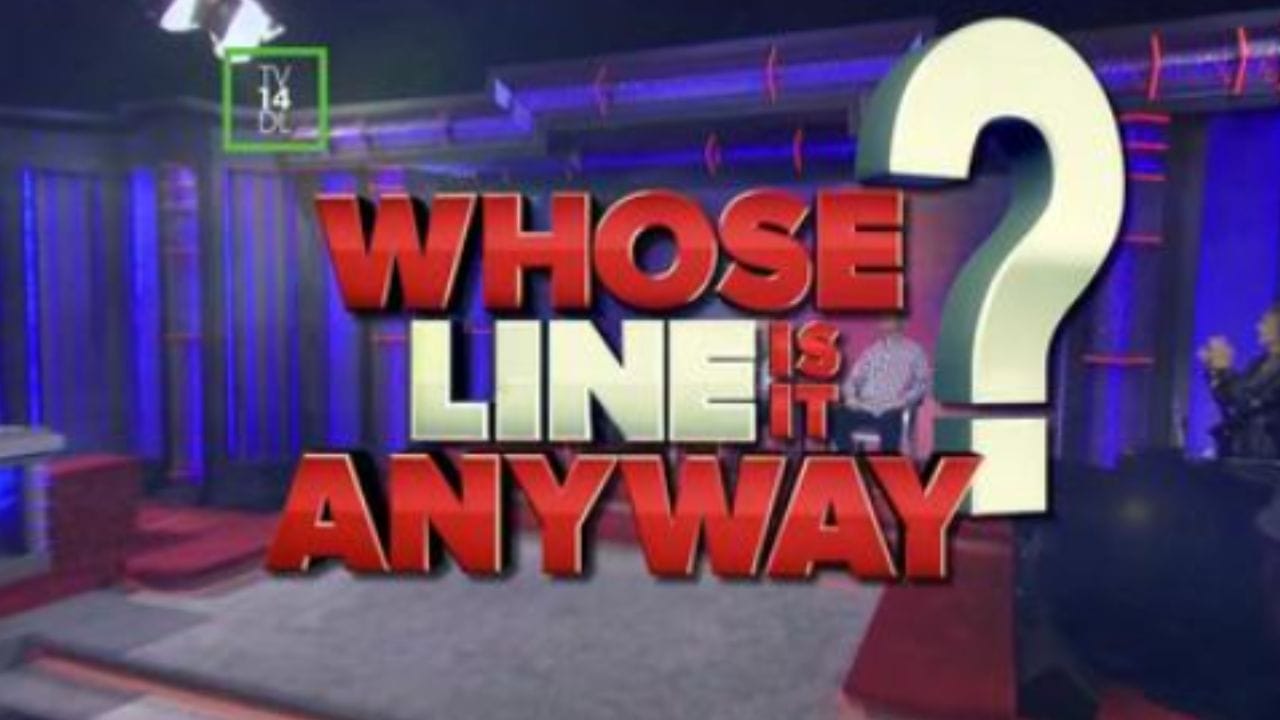 The radio series lasted six episodes before Channel 4 adapted the property for television. The British television version lasted ten seasons and featured 136 episodes, all presented by Clive Anderson. In the American version, Colin Mochrie and Ryan Stiles joined the cast in the seventh and eighth seasons. The American version followed the British version. Carey’s use of the game-show facade notes at the opening of each episode that “the points don’t matter”. The disparity in standards between the UK and the US during the prime time meant that both language and material were censored more strictly.

Laura Hall, an improvising musician who appeared in the final season of the UK original, joined the original US format for the duration of its run and performed piano and keyboards in games that included improvised singing by the cast members. Hall, originally from Chicago, gained valuable experience as a pianist for several theatres and companies, including The Second City, before joining Whose Line? Linda Taylor, who played the guitar and occasionally the keyboards, joined Hall in season two.