We love our heroes for their boldness, character arc, and personality, and they’re all overlooked. Still, one of the most beautiful things we all notice is that their costume, which enriches the character and adds, plays a vital role in creating a character, whether a cute one or a devil. In My My Hero Academia, every pro hero’s costume changes according to change in their level. This means that his costumes are upgraded whenever a pro hero learns a new combat or develops himself physically or mentally.

The series’ protagonist, Izuku “Deku” Midoriya, is one of the best examples. When he graduates and becomes a pro, his costume will change at a different time. Let’s see some of them. 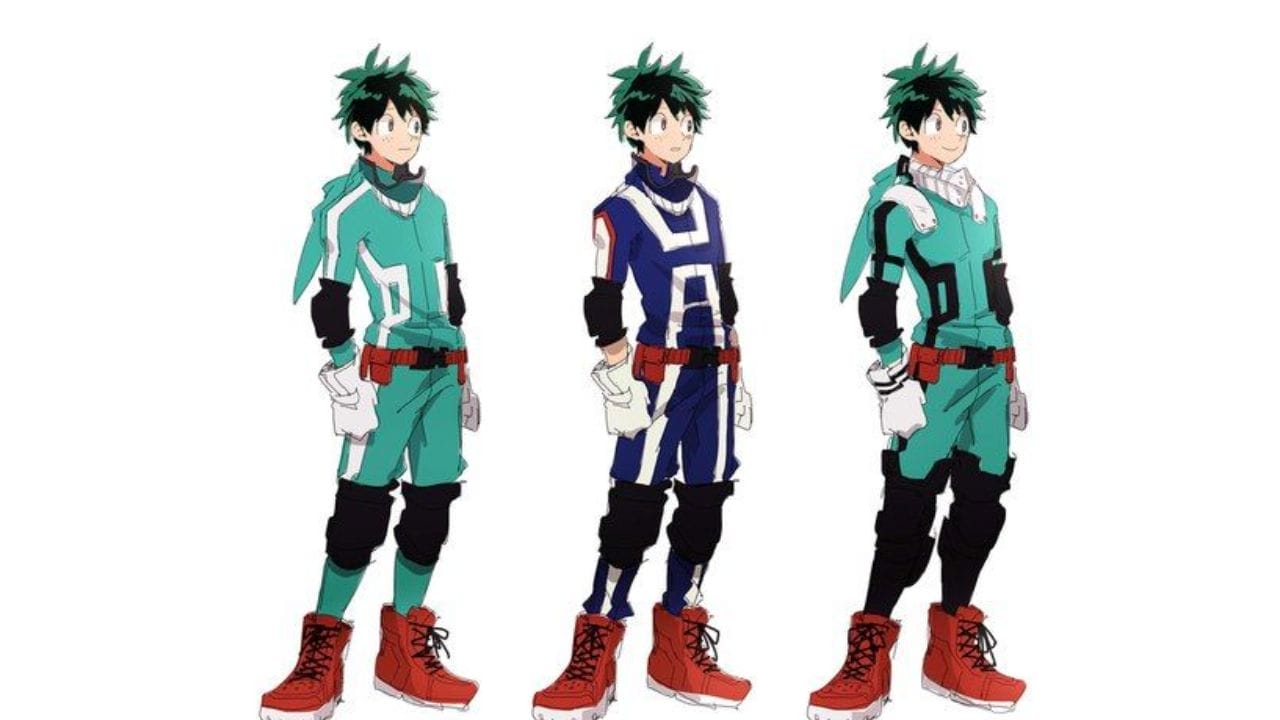 Deku’s first comic is comic-based but nostalgic. The green jumpsuit has simple elbow and knee pads, a red belt, and a pair of red shoes. The head part has a mask with long ears, which means All Might’s hair, and the respirator, which vaguely resembles All Might’s smile. This suit was seen in first the first season and lasted two episodes. This suit is also a tribute to his mother. 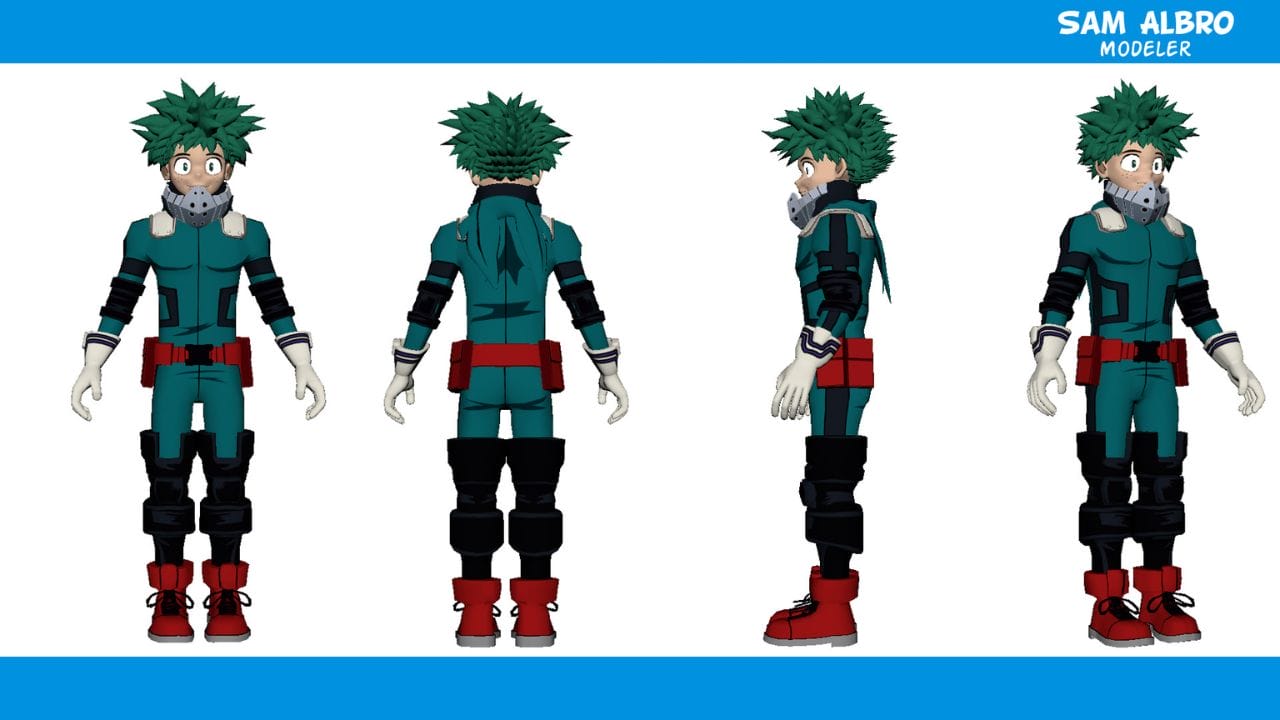 In season 2, when meeting Gran Torino, we see our second hero costume. This suit is made for combats and has better support for fights. This suit has thigh support which stretches from his thighs and changes his respirator to diamond-shaped metal wear. He doesn’t wear a mask with long ears with the costume, although it’s a part of it.

Deku’s control over himself increases. He creates a full cowl hood, which is the basis of his fighting style, improving his power, mobility, and overall skills. 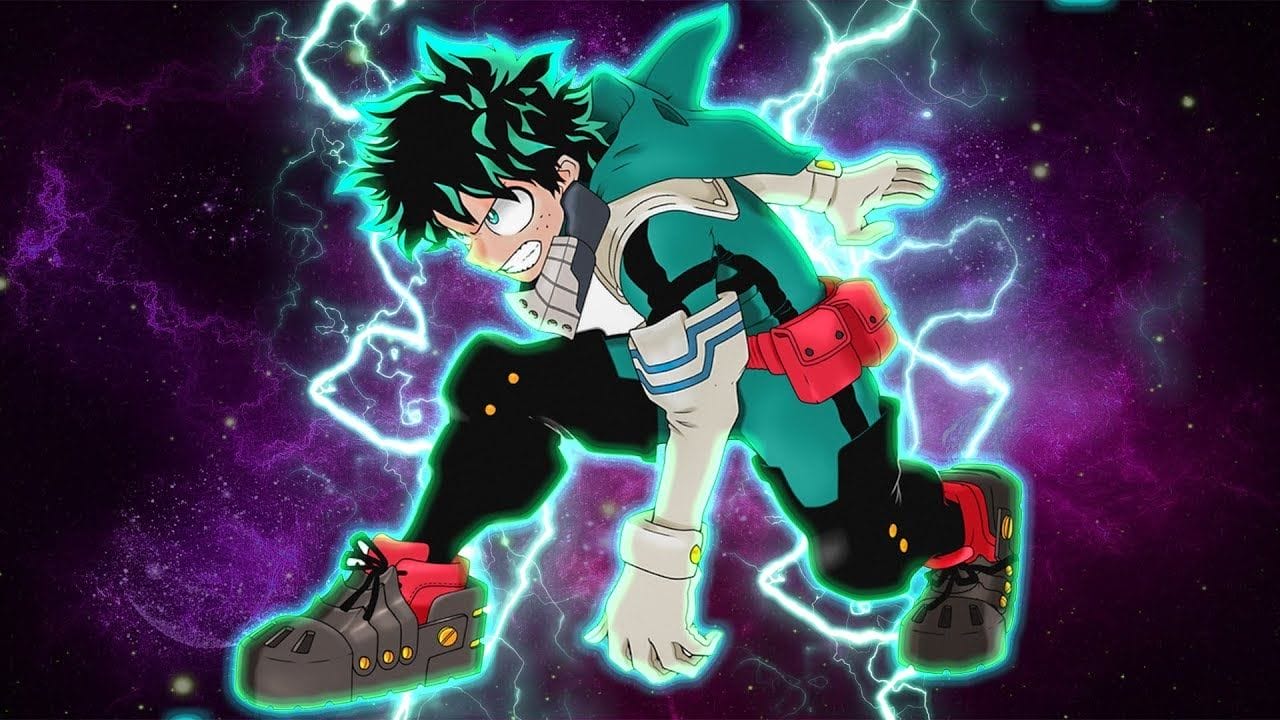 Deku and his classmates are charged with designing ultimate techniques before the Provisional License Exam, which leads Deku to think of new methods to use One For All. He quickly finds that his combat technique centers on his arms, which he did unconsciously to imitate All Might, but his associates have suffered severe damage. Deku creates Shoot Style, which focuses on his legs for offensive strikes to alleviate this stress.Costume Gamma adds iron soles to his shoes to amplify the strength in his kicks and arm braces, reducing the strain on his arms in preparation for Shoot Style. Later on, Deku’s finger flicks are enhanced by Air Force Gloves, which are so strong that they’re referred to as air guns. This third design distinguishes Deku from All Might and takes significant steps toward establishing his hero character. 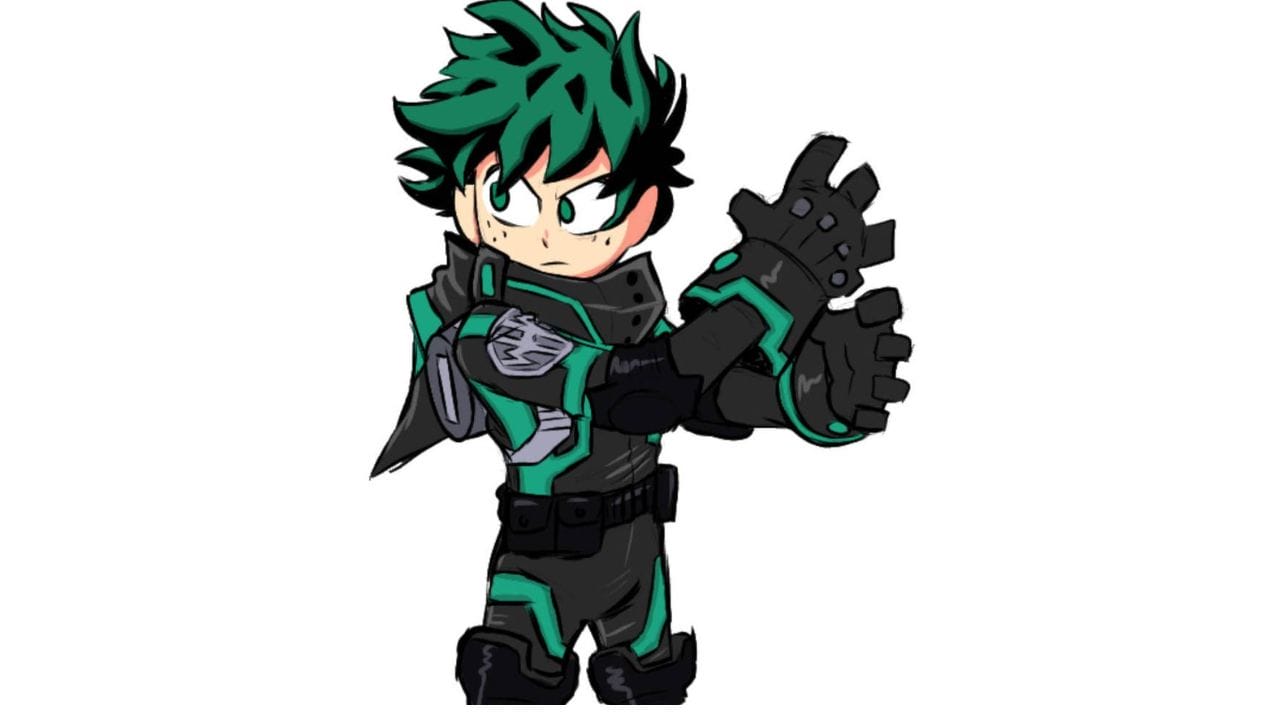 The third film of My hero Academia, World Heroes’ Mission, gives Deku Katsuki Bakugo and Shoto Todoroki new costumes, which was a stealth Suit. It’s based on the outfit Gamma. The suit has a new look of all black with a cherry of green combinations. Significant modification if os the mask, which is now a hood, is ready for stealth missions.While the movie is released in theaters and planned to come online, focusing on stealth rather than better combat is a new lesson for Deku, and he’s already working to improve at this art of stealth. 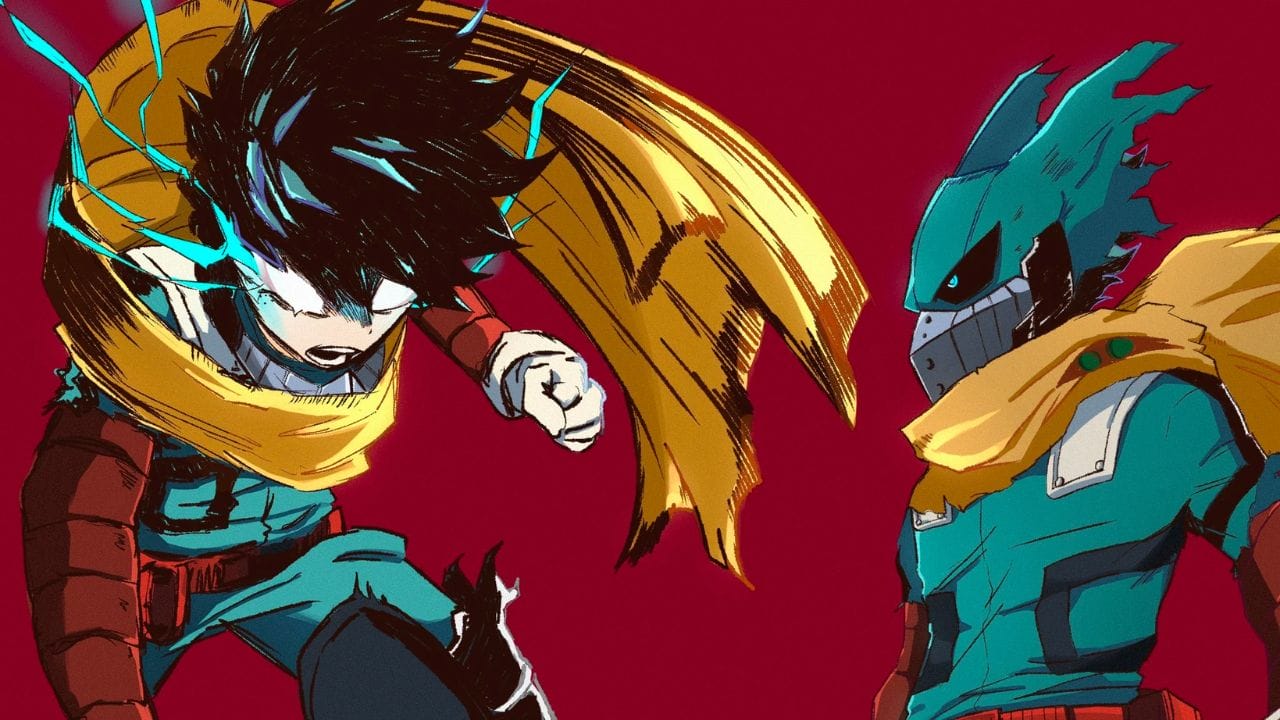 Deku’s most recent outfit change is significantly darker, representing his transition from hero pupil to vigilante. Deku’s attire adapts to him and his use of One For All. However, it seems that his worsening mental condition since the struggle against the Paranormal Liberation Front has directly impacted this darker version of his hero suit.

This new costume is a more edgy and tattered version of Costume Alpha and has a frightening resemblance to it. Deku wears his mask and respirator, but the outfit is no longer as amusing as it once was. It also has mid-gauntlets that support his body, enabling him to go above his 45 percent One For All restriction. Finally, Deku wears the tattered yellow cape of Gran Torino. Deku is stronger than ever, and his goal is to guard and catch all fugitive criminals while remaining anonymous. This terrifying new appearance depicts Deku’s responsibility as One For All’s heir and the long-term impact it has had on him.