Swords and other weapons, magical powers, and even hairstyles abound in anime episodes. On the other hand, Masked Anime characters are a fantastic addition to the world of mystery and action. Some anime episodes employ masks to enhance a character’s talents and prowess, even if the device’s primary use is to hide the wearer’s identity.

Other anime feature cool-looking masked anime (which is perfect for cosplay). Here are our recommendations for the most notable anime characters wearing masks and the best masked anime designs we’ve seen while watching anime! 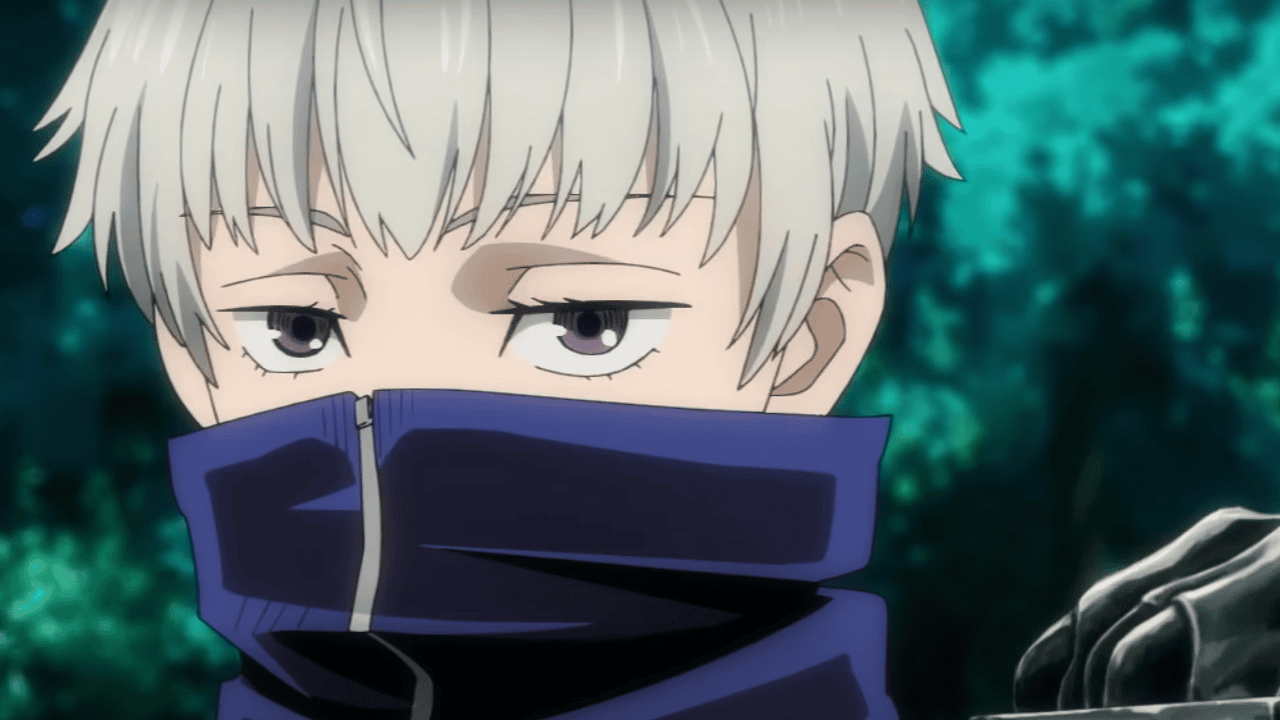 Toge is a second-year high schooler at Tokyo Metropolitan Curse Technical College. He is a well-respected student of jujutsu and a semi-grade 1 sorcerer. At first, he seems like a terrified and distant youngster as he doesn’t talk. The underlying reason is his cursed method named “Snake and Fangs.” So essentially, this masked anime guy doesn’t utter it to avoid accidentally cursing someone with his charming words. Behind this, somewhat distant demeanor lurks his actual, loving, and protective side that is exposed only if you get to know him intimately. 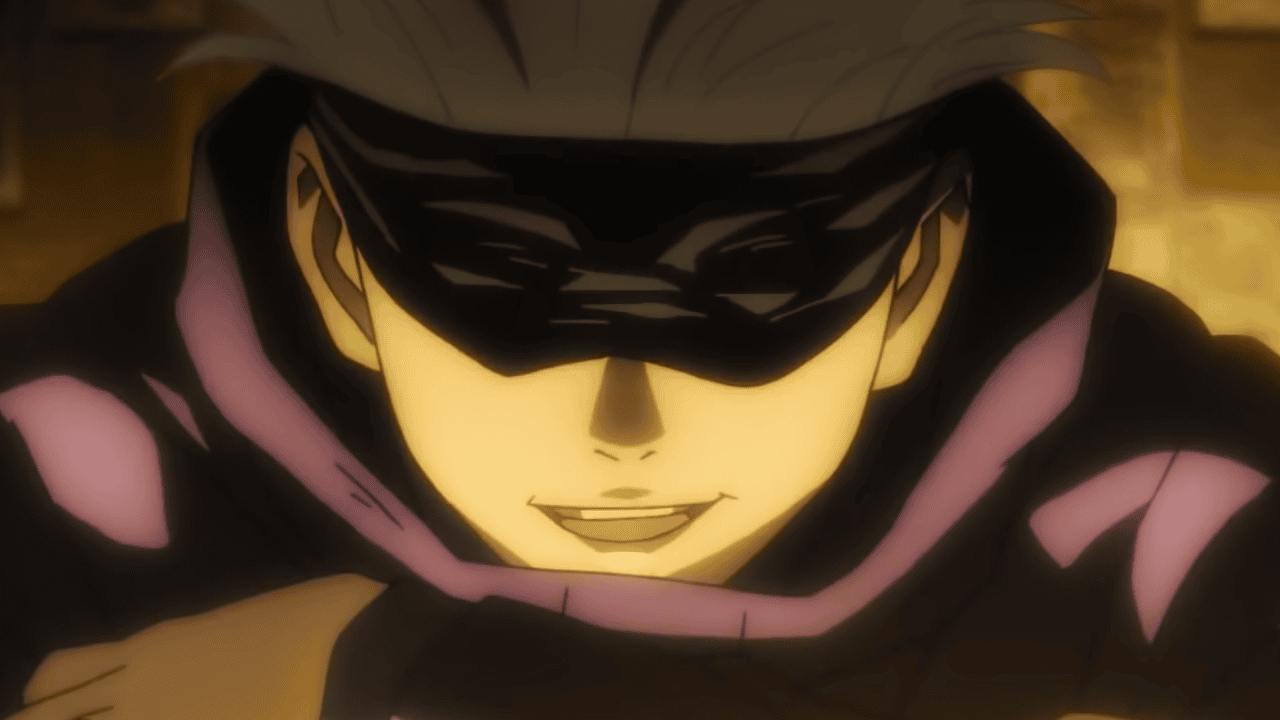 Satoru teaches jujutsu at the Tokyo Metropolitan Curse Technical College and is a master-grade jujutsu sorcerer. He is known for his humorous and carefree demeanour to his pupils, coworkers, and close friends. This changes swiftly when this masked anime character confronts opponents or individuals he doesn’t care about, to the point of being harsh and heartless.

Satoru has an unhealthy amount of confidence in his talents, to the point that he may get arrogant in the heat of combat and often mocks his opponents. He considers himself to be the most powerful sorcerer in his universe. Aside from a potentially lethal technique known as Limitless, Satoru is often considered the series’ greatest sorcerer. 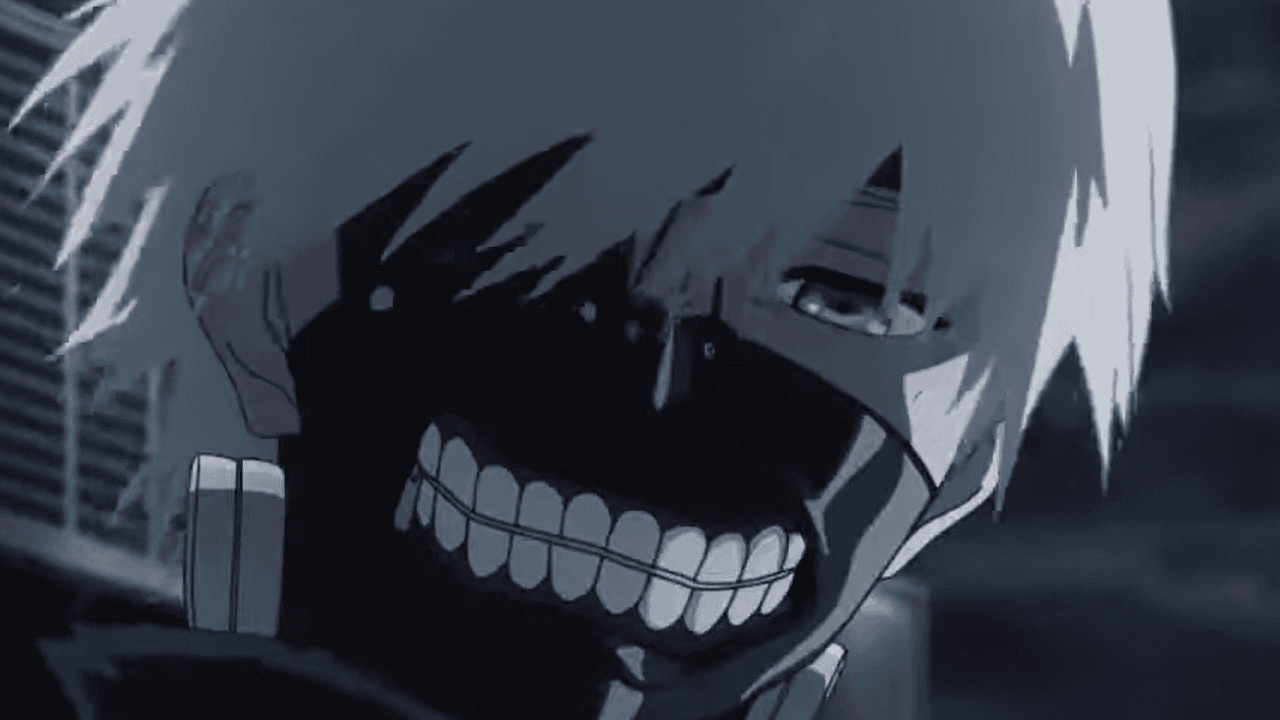 Ghouls in the anime Tokyo Ghoul are required to wear a mask to disguise their identity from the CCG, therefore making them known to the Doves by what their masks represent: Rabbit, Raven, Jason, etc.

The most recognizable mask featured in the series is Ken Kaneki’s Eyepatch. Unlike other shows, it’s a wearing leather/fabric mask that covers the entire face except for the Ghoul’s eye. The mouth half also includes a zipper, which maintains Ken’s identity if he would ever eat a person.

Kaneki is, undoubtedly, one of the most beloved anime characters. This is most likely due to his rapid transformation from an innocent high school student to a terrifying beast in the shape of a masked anime character. While I may agree that he is incredibly strong, he is also highly protective of people or things valuable to him and strives to settle his inner struggle and the clash between these two sides. 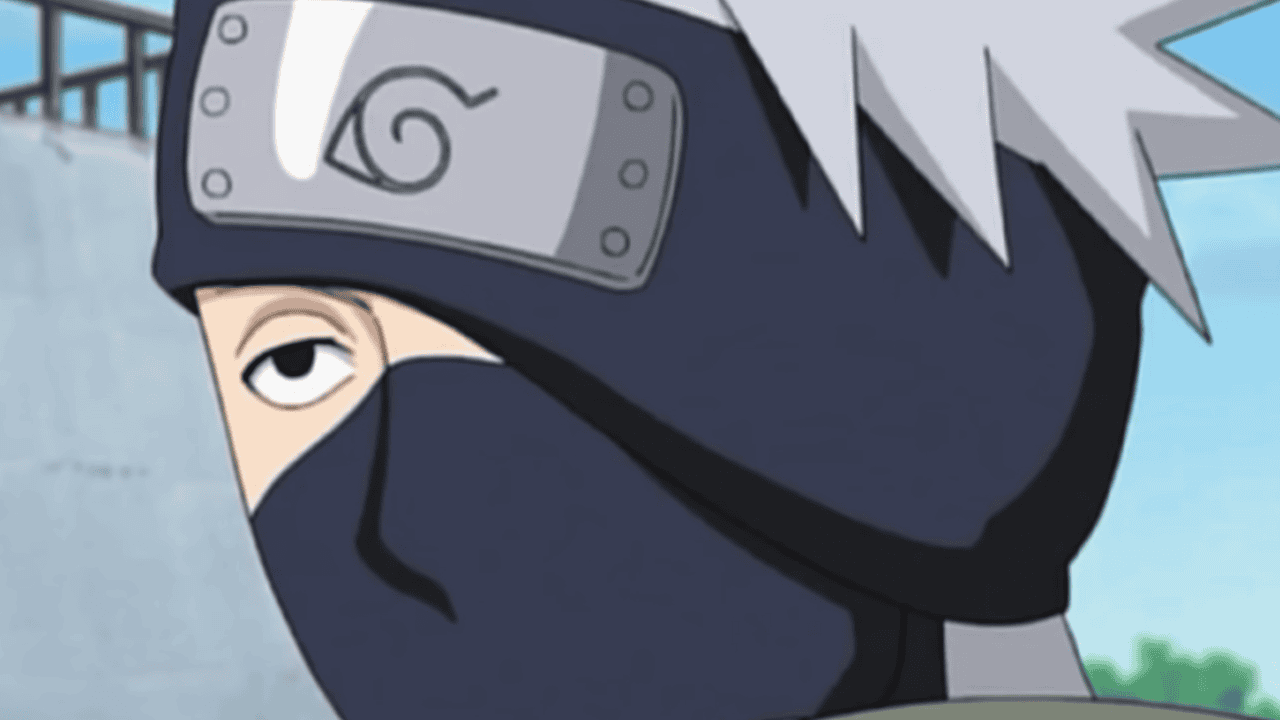 Despite his hate for himself, he is one of Konoha’s most accomplished ninjas and is often sought for guidance and leadership. He is deserving of this honour. With the basic look of simply a black tight-fitting cloth, what’s underneath it was a mystery beginning all the way back when Naruto was only a kid—and lasted until Naruto became Hokage. This masked anime character was also a teacher, and he taught the well-known Naruto, Sakura, and Sasuke Team 7. After the Fourth Shinobi World War, he became the Sixth Hokage. Despite being one of the most notable Naruto characters, he is tortured by horrific memories from his past, which are connected to his team during training. 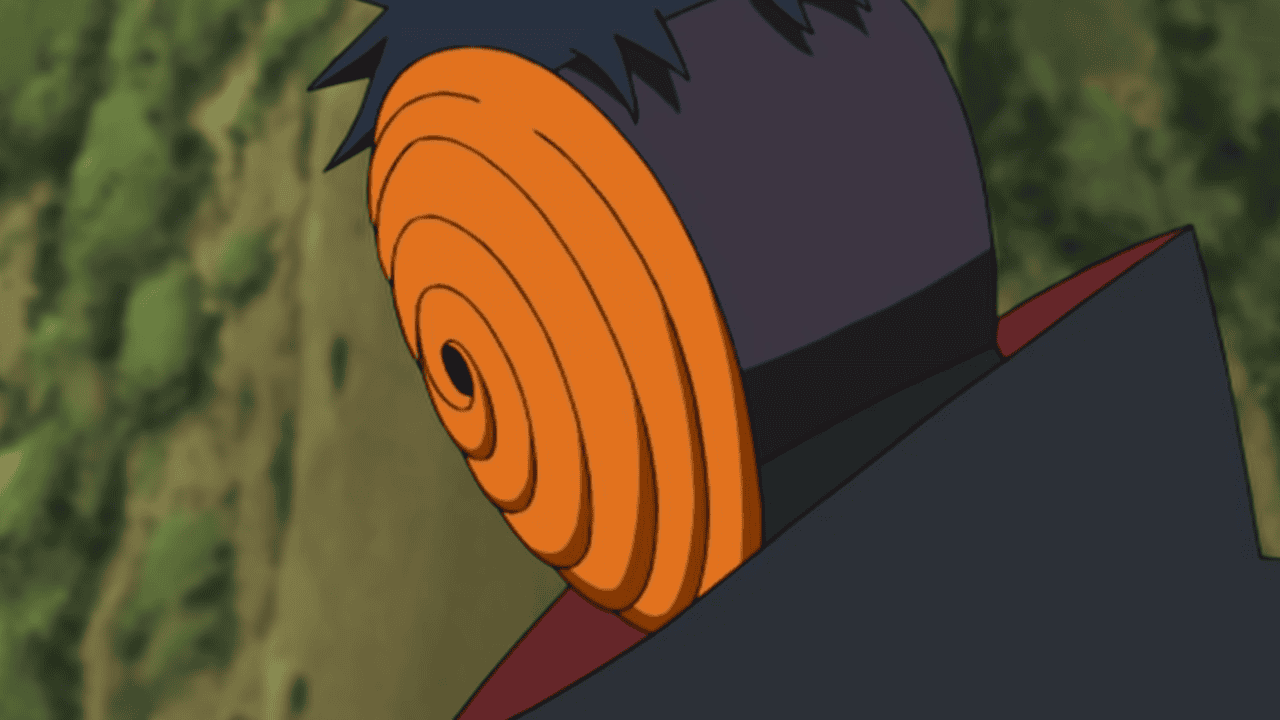 Naruto Shippuden begins with Akatsuki member Sasori being replaced by Deidara’s newest ally, the lovable idiot Tobi. The enigmatic Tobi kept his face covered beneath his mask, and for a while, no one could see anything through the blackness of his mask’s lone eyehole.

The Sharingan could be seen through the masked anime character’s eye. He claimed that he was Madara Uchiha before being shown to be Kakashi’s former comrade Obito. Therefore it was clear that Tobi was no ordinary evil. He subsequently wore a new mask with two eyeholes and a Sharingan/Rinnegan design. 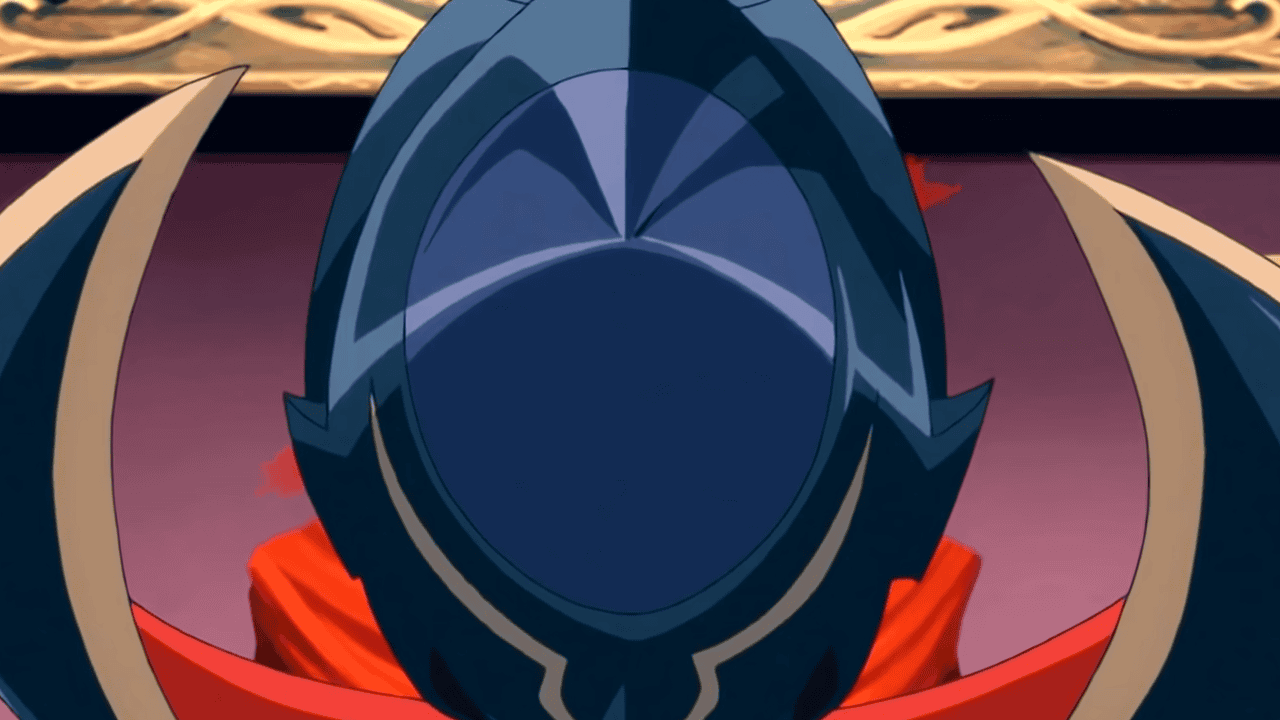 He is the most popular anime character on MaL, with more than 163k individuals picking him as their all-time favourite character.

Zero, a later alias for Lelouch, is presented as a laid-back high school student. There’s nothing unusual about this. But as time goes on, we learn about his troubled history and his desire to avenge those who had hurt him, which leads him to seek retribution with the super-powerful ability Geass. And it means obliterating Britannia.

What makes him so popular is undoubtedly a mix of his high intellect, relatability, and charm. I mean, This masked anime character, is admired by many commanders and warriors. 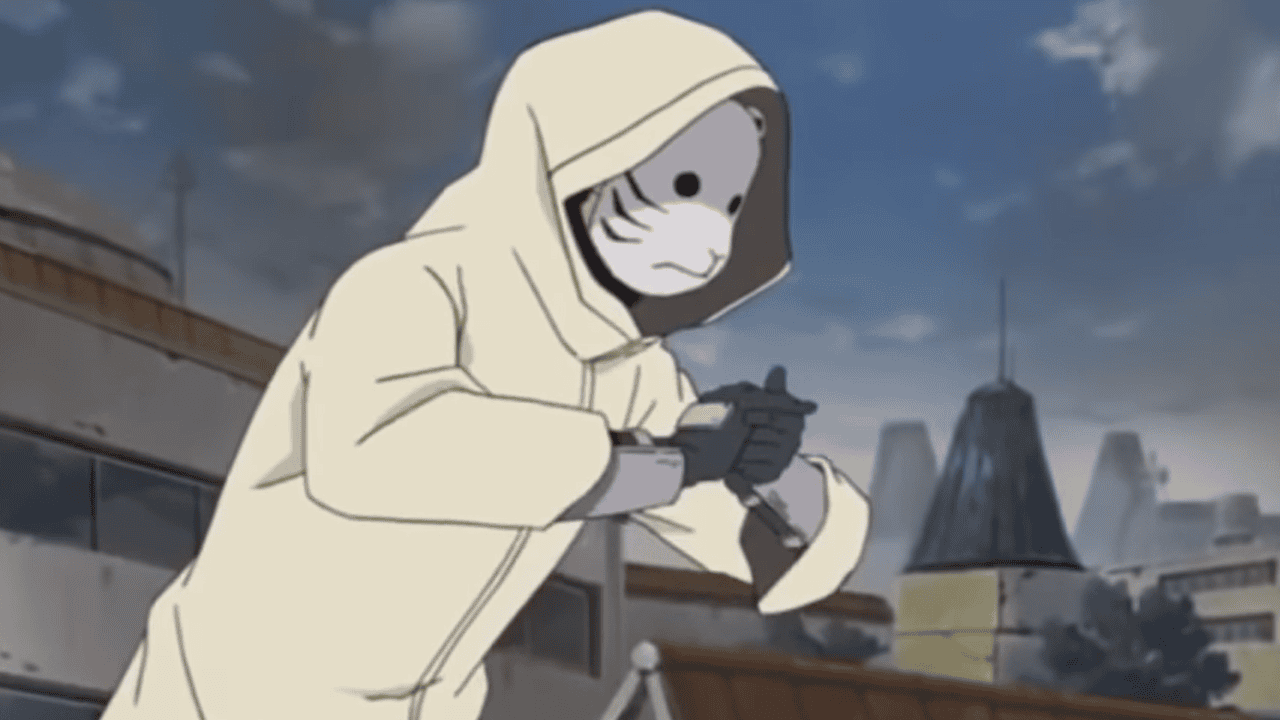 Anbu members are secretive entities in the Naruto universe. They are highly trained ninjas that are sent on missions to assassinate people. These masked anime characters work directly for the Kage of their individual village, and they’re trained to infiltrate and gather critical information.

Because of their nature of work, Anbu members wear masks to cover their identities, even while not on a mission. Only the animal element distinguishes the Leaf’s Anbu masks, all of them appear the same. The Sand Village’s Anbu has demonic faces in their masks, whereas the Mist’s only have a single design.