We all love to watch anime series because of their high-grade graphic content and some sensitive scenes. Anime’s color schemes and storyline make it perfect for us to end the series quickly, but how about watching some creepy anime apart from bright ones. Today we have chosen some of the best Anime, which are a must-watch at midnight or any part of the day.

It’s not too late to watch these spooky Anime to spice up your nights, and it doesn’t matter if it’s Halloween night or a normal one. It will make you feel that somebody is with you while watching. Apart from jokes, here are the top 5 animes to watch-

agrees to help Zack get out of the building, but the twist is that Zack will ki her when she’s free. Trying to escape, she meets other people like her. This series has a mix of horror and story suspense as well.

1.The promise of Neverland 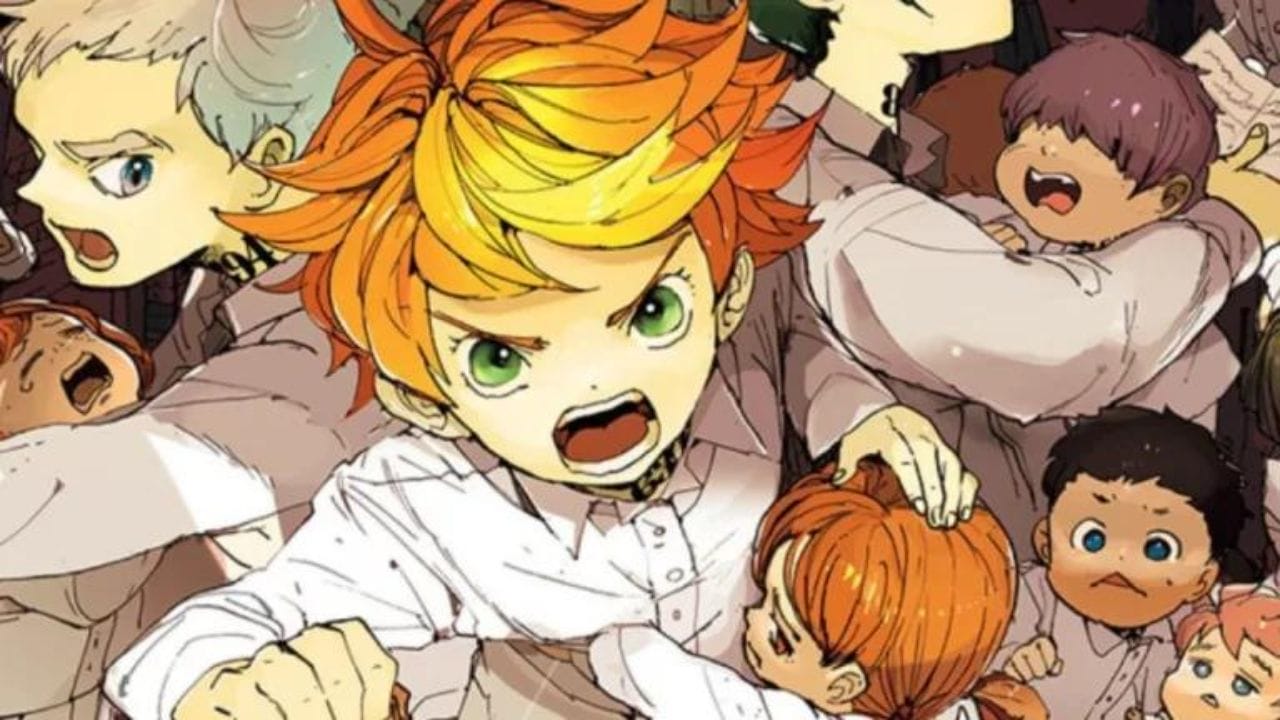 The Promised Neverland was written by Kalu Shirai and drawn by Posuku Demizu. The series shows the life of orphanage children who learn that this orphanage has a dark side of being operated. The meat of the demons is these small children. Once they are ready and see this, Emma and Ray decide to escape with some other elder siblings and leave some young children behind. Still, their mother is prepared to stop under any circumstances. This series has 12 episodes top 5 Animes To Watch: Halloween Edition 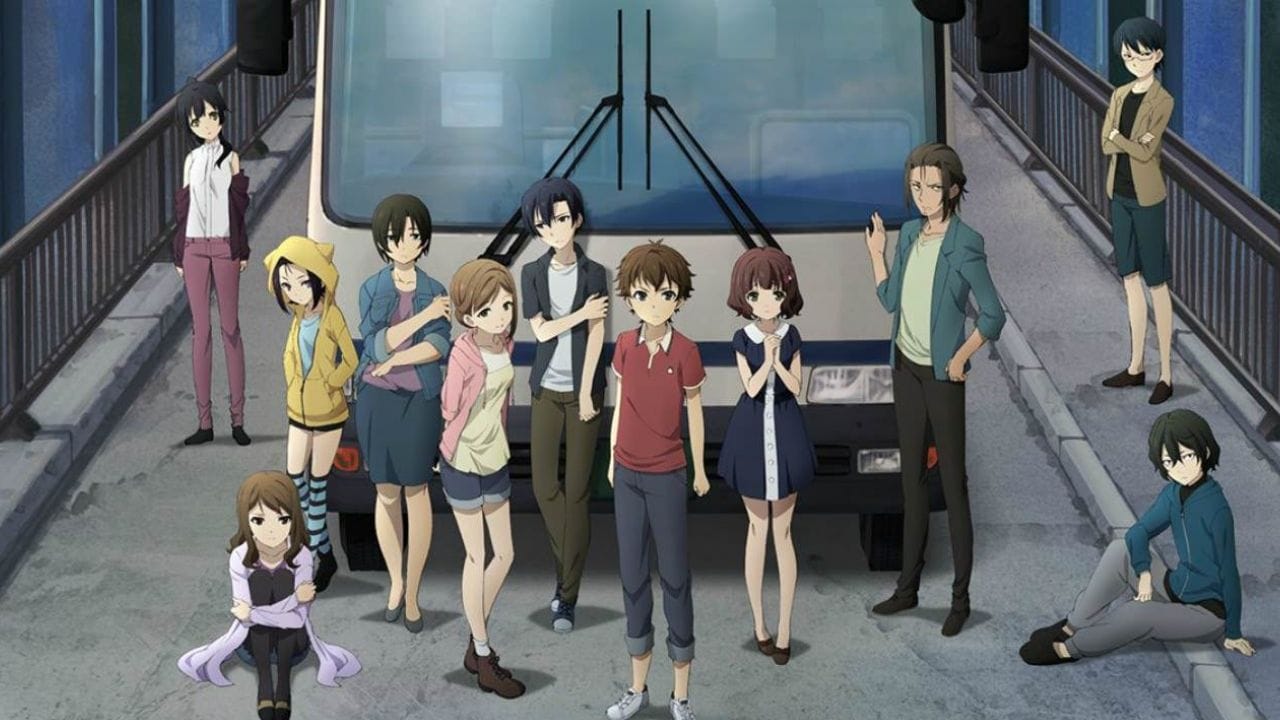 Tsutomu Mizushima and writer Mari okada directed the Lost Village. This movie is not so creepy or full of fear. Instead, this is full of thrillers about a town where people are full of fear. The character charm and confusing plot, unusual character conversation, and unpredictable twists. This movie adds horror suspense, making it a perfect one to watch with all the elements combined. 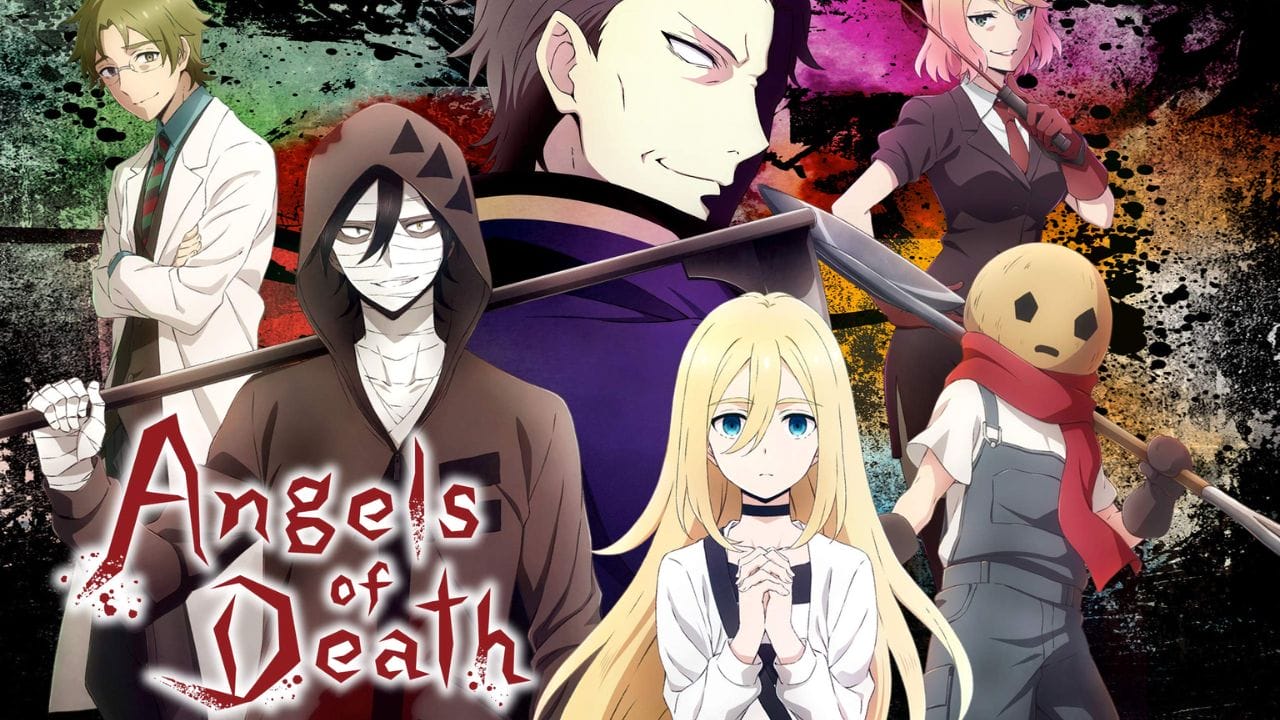 Anime killer is a series made for people who love to watch mystery and serial Killing. The same game also consists of the same name both the stories are similar with some different aspects in-game or the series. Rachel is a sweet girl who becomes the friend of the man who wants to kill her, Zack. They both are captured and put in the basement of the building. Rachel agrees to help Zack get out of the building, but the twist is that Zack will ki her when she’s free. Trying to escape, she meets other people like her. This series has a mix of horror and story suspense as well. 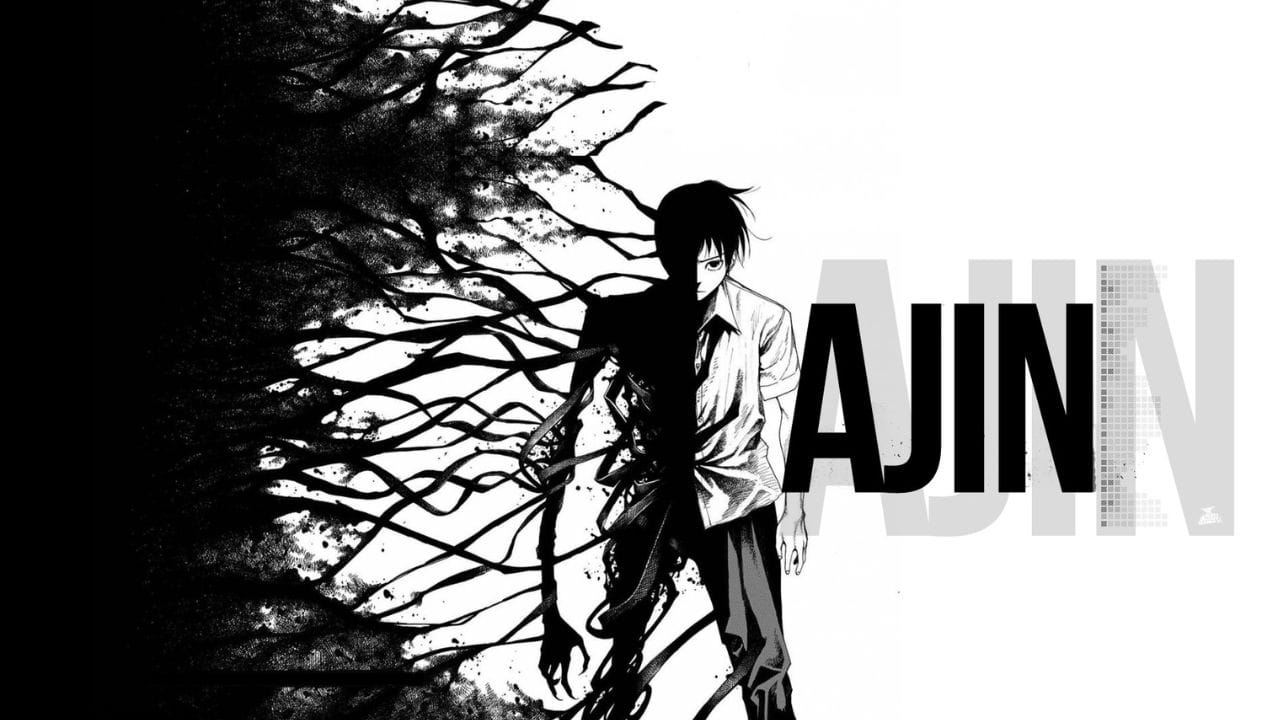 Ajin is an immortal who has the capability of complete regeneration. Government hunts them down and uses them for a specific purpose. Kei Nagai was hit by a truck and killed. Kei founds he’s Ajin too, he was also forced to go to the experiments lab, but he tries to run away, which now causes a fight between humans and Ajin. This Anime shows brutal fight scenes and has decent animation with a great storyline. The Anime also shows the cruelty of the Government. 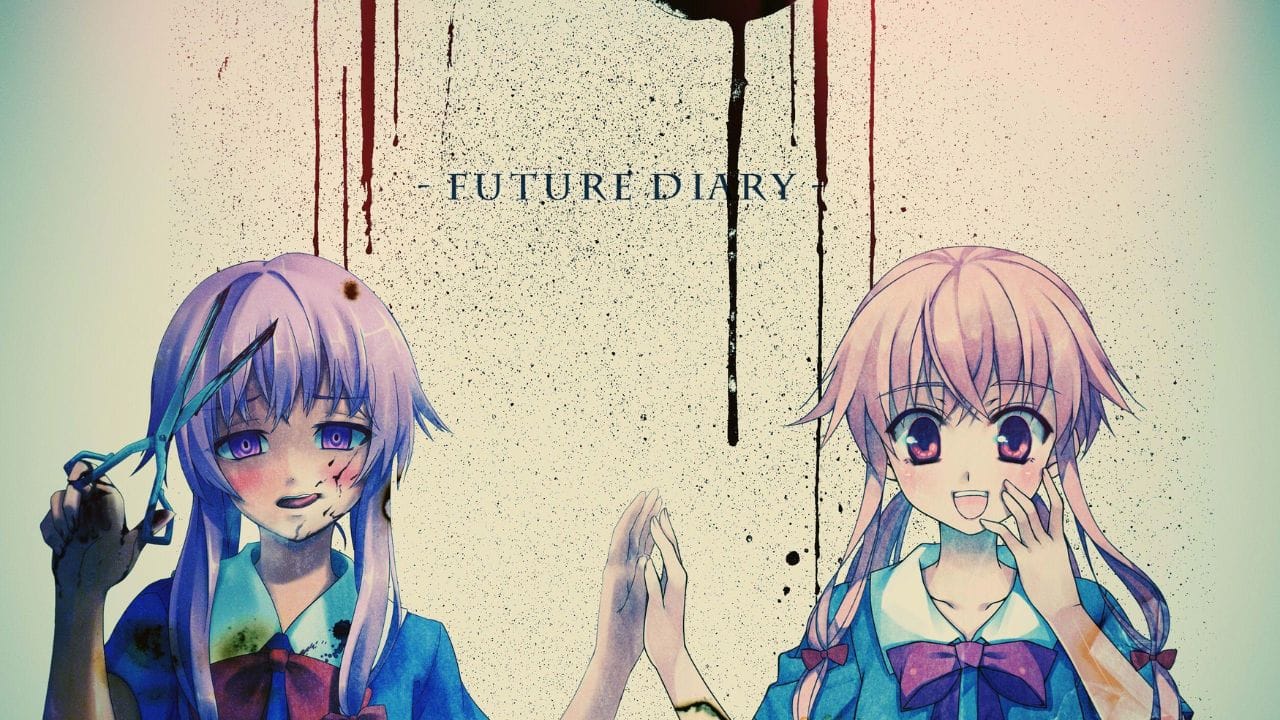 Yukiteru was a boy who didn’t love to keep in contact with the world and loved to be in his world. He only has one friend, a god named Deus Ex Machina. Later it’s found that Deus is real and wants to play a game with Yukiteru. There are 12 participants in the game. To win the game, they have to kill dairies while using their dairies and become the last man standing. Yukiteru has to survive, and he pairs up with a girl named Yuno. 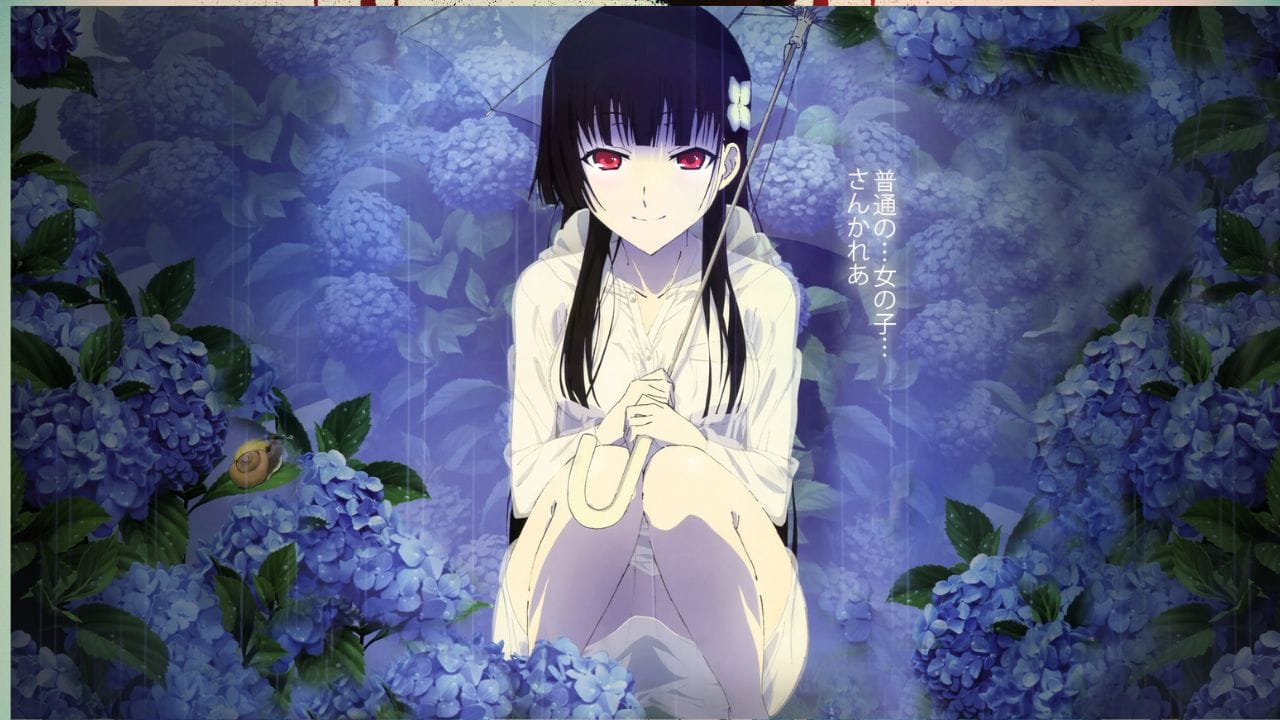 If you love to watch horror with Anime, this series has got you. Rea is a young girl with a beautiful body. She drinks a potion made by his friend Chihiro. Later after some struggles, she’s repurchased to life. Everything becomes routine, but the sad part is that her body begins to rot. Chihiro is trying to learn more about zombies and trying to be as close as to Read while he’s giving the life of her choice that could have never been possible if she had lived with her abusive father. This series has 12 episodes. 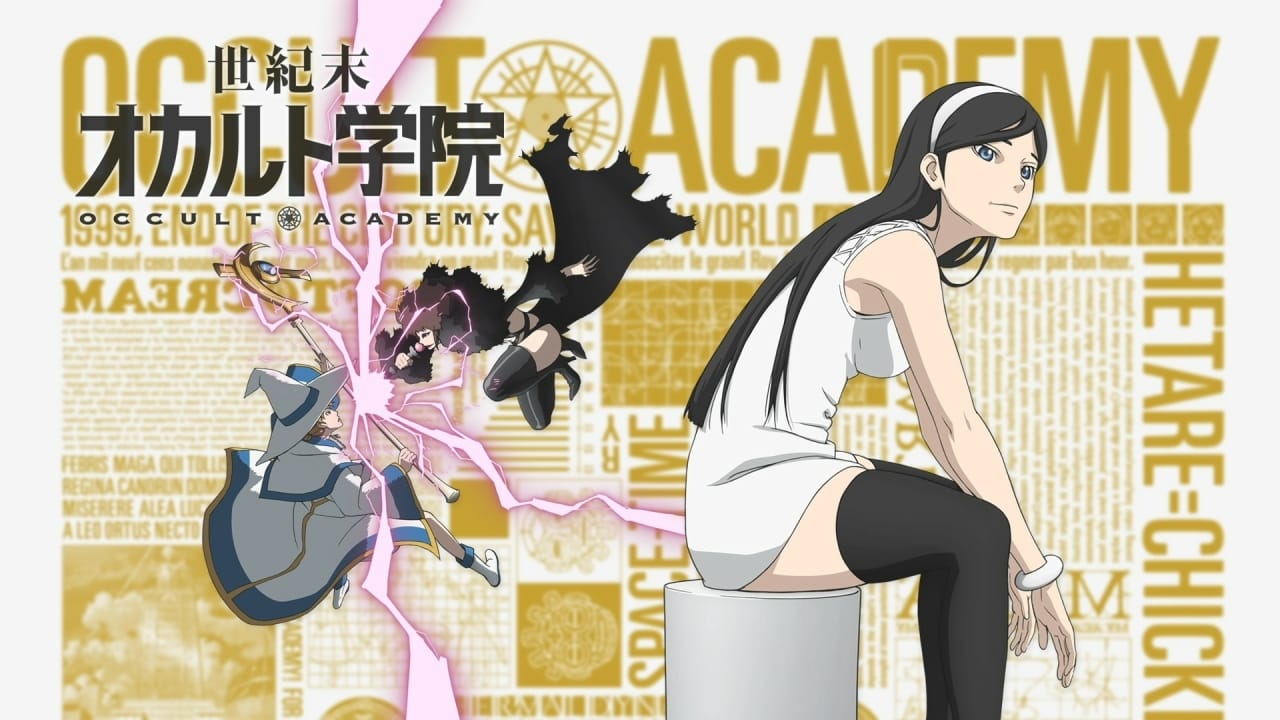 Occult Academy, a fantasy film, was an early venture of Tomohiko Ito, the acclaimed Sword Art Online and Erased director. Maya Kumashiro, a hardened skeptic, is forced to return to her father’s Waldstein Academy after his death. Her classmates are surprised to see she no longer believes in the supernatural. Aside from superb comedy timing and funny anticlimaxes, Occult Academy aims to create a wacky 1950s horror atmosphere with aliens, chupacabras, mothmen, and even theramin music.