The anime’s lesbian coupling is referred to as Yuri. In the beginning, it was only shown in a subtle way, but now it’s becoming more and more noticeable in the anime series. Take a peek at some of the best lesbian anime storylines and personalities right here. If you’re a lover of anime, you’ll know that the culture is continually evolving. As a result, there are adult themes in several of the sequences. A sex-related romance develops between the individuals, who are both madly in love with one another. A subgenre of lesbian anime like this is known as a Yuri anime.

For a long time, anime has included characters that identify as lesbian, gay, bisexual, or transgender. Many of these LGBT characters are sexualized, but they are also intriguing and crucial to the story’s development. A list of anime with lesbian characters has been compiled here. The Yuri subgenre encompasses the vast majority of the anime you’ll find discussed here. So, with that in mind, here are the finest anime featuring lesbian characters. Watch these anime shows if you’re seeking for a good source of lesbian anime. 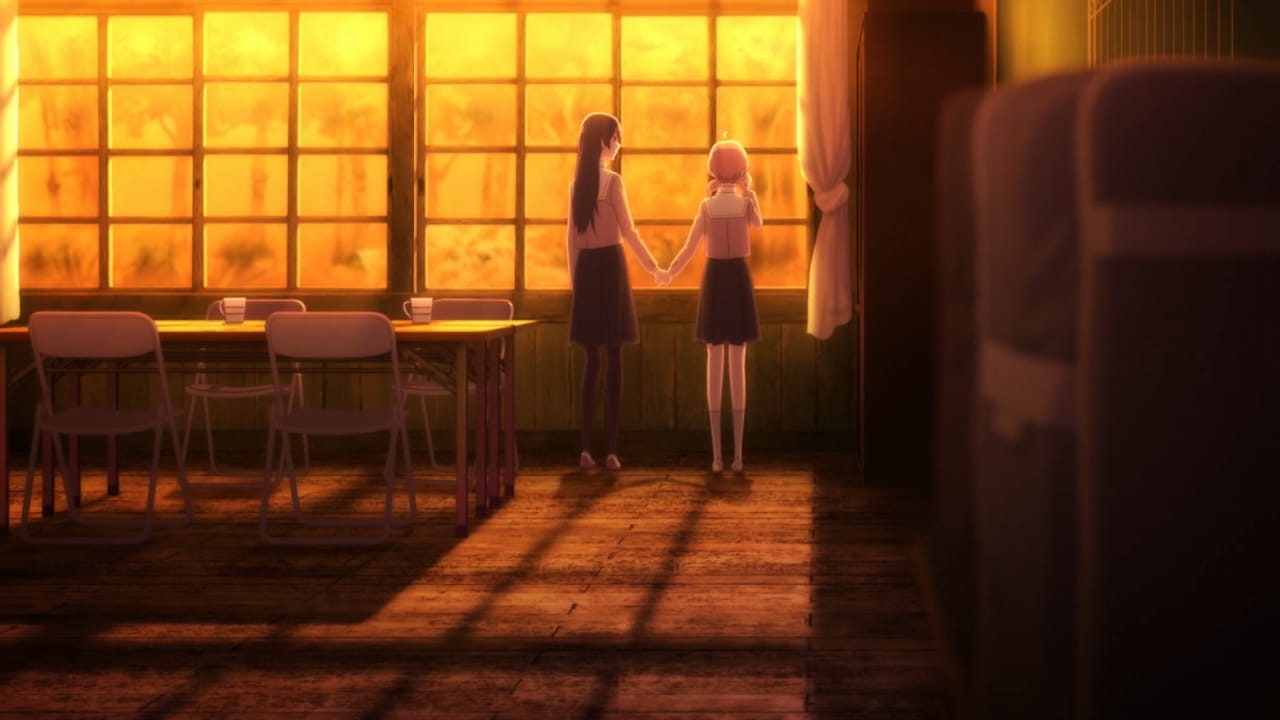 One of the most underestimated lesbian anime of 2018 is Bloom Into You or Yagate Kimi ni Naru. Bloom Into You offers a narrative that can be understood by anybody, regardless of their sexual orientation, in contrast to many Lesbian anime that are made for fan service and have unrealistic explicit scenes. It provides an in-depth look into the meaning of love. Bloom Into You is a top-notch romantic lesbian anime, if not the finest, that leaves a lasting impression on its audience. Instead of focusing on the conventional adolescent puppy love narrative, it takes the reader on a trip through the characters’ personal growth.

It’s about Yuu Koito’s incapacity to experience love despite her strong admiration for shoujo manga, the subject of Bloom Into You. She is immediately struck by the president of the student council’s refusal to accept confession when she joins a high school. Yuu looks to her for guidance on these kinds of issues. She confessed to Yuu even though Touko Nanami is the council president and a model of perfection. Touko grabs Yuu’s hand while she searches for love in this lesbian anime the old-fashioned way. 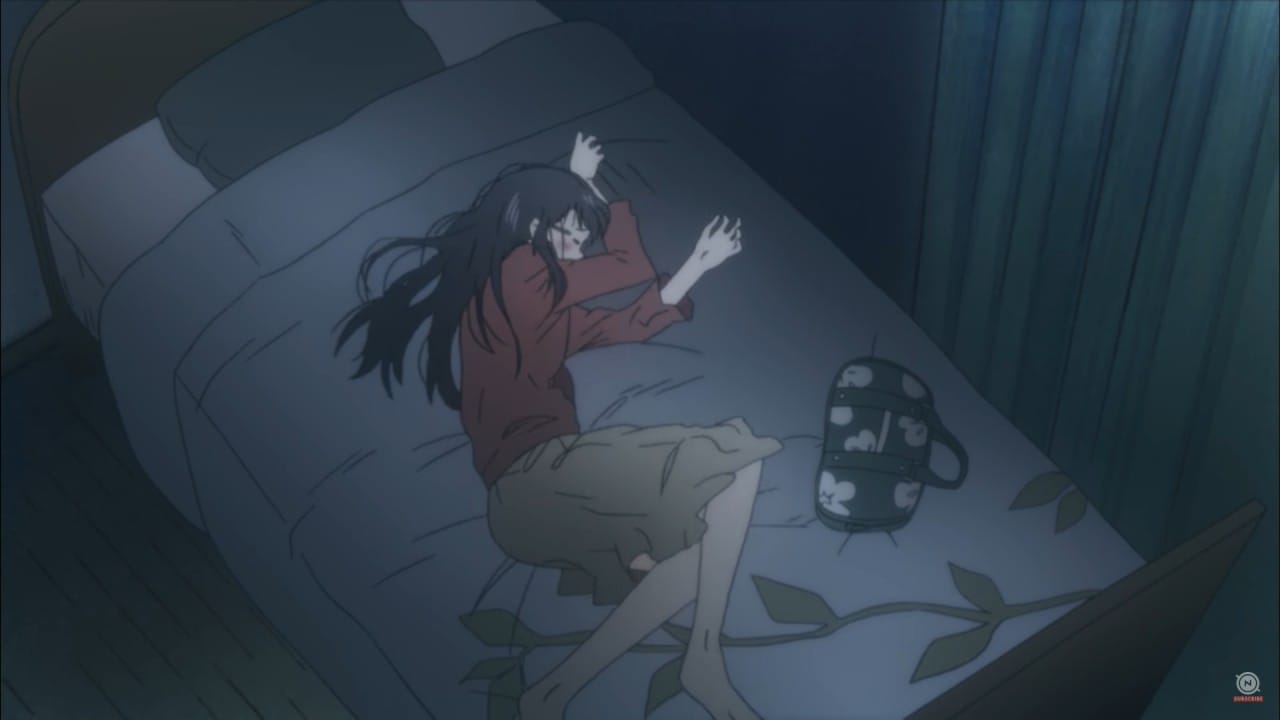 In Matsuoka Girl’s High School, Fumi Manjoume is a freshman. As a result of a recent heartbreak, she is still reeling from the pain. Fumi’s childhood buddy, Akira Okudaira, is a student at Fujigatani Girl’s Academy. Nearly a decade later, the former acquaintances reunite and immediately form a strong bond that allows them to support one another through good times and bad. Akira is the object of Fumi’s affections, which she reveals to her.

Akira, although unsure about her actions, does not completely ignore Fumi’s emotions. Sweet Blue Flowers is a lesbian anime which can bring back happy memories of your first love’s butterflies in your stomach. It’s a risk, but it works. It’s a sight to see. It’s a brand-new concept. It’s a long way down. Even if you don’t want the gimmicky fanservice Yuri anime, you deserve a more realistic portrayal of lesbian relationships that can be understood by the general public. 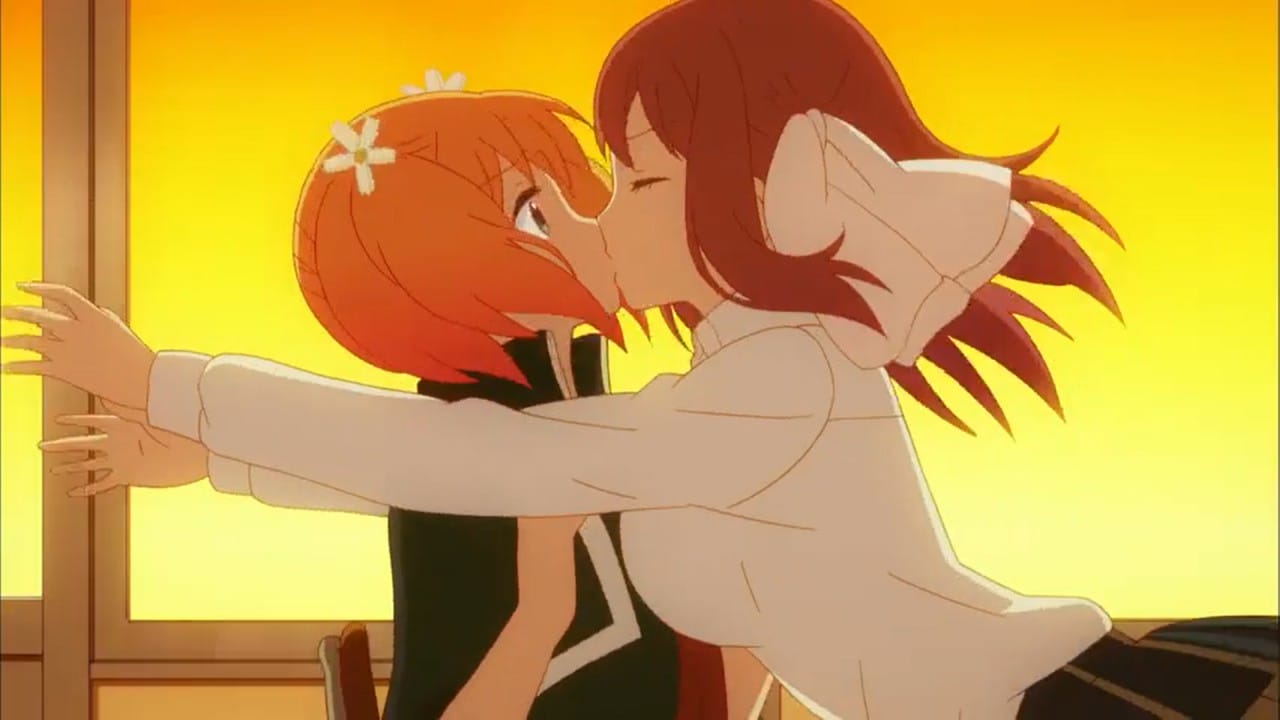 Her close buddy Yuu Sonado, who gradually becomes famous and meets new people, is also a student at Misato West High School with Haruka Takayama. Haruka is envious of it. Even though Haruka doesn’t want to kiss Yuu, he advises that they share a special moment together and begs for a kiss.

It doesn’t take long for the two of them to begin to develop complicated emotions for one another following their amorous encounter. Fluffy and chill-inducing moments are the main reasons for the film’s enormous appeal. In this lesbian anime, the story is basic and clear. An animated comedy with a touch of whimsy. Sakura Trick is the anime to watch if you’re searching for a light show with a lot of warm physical contact. 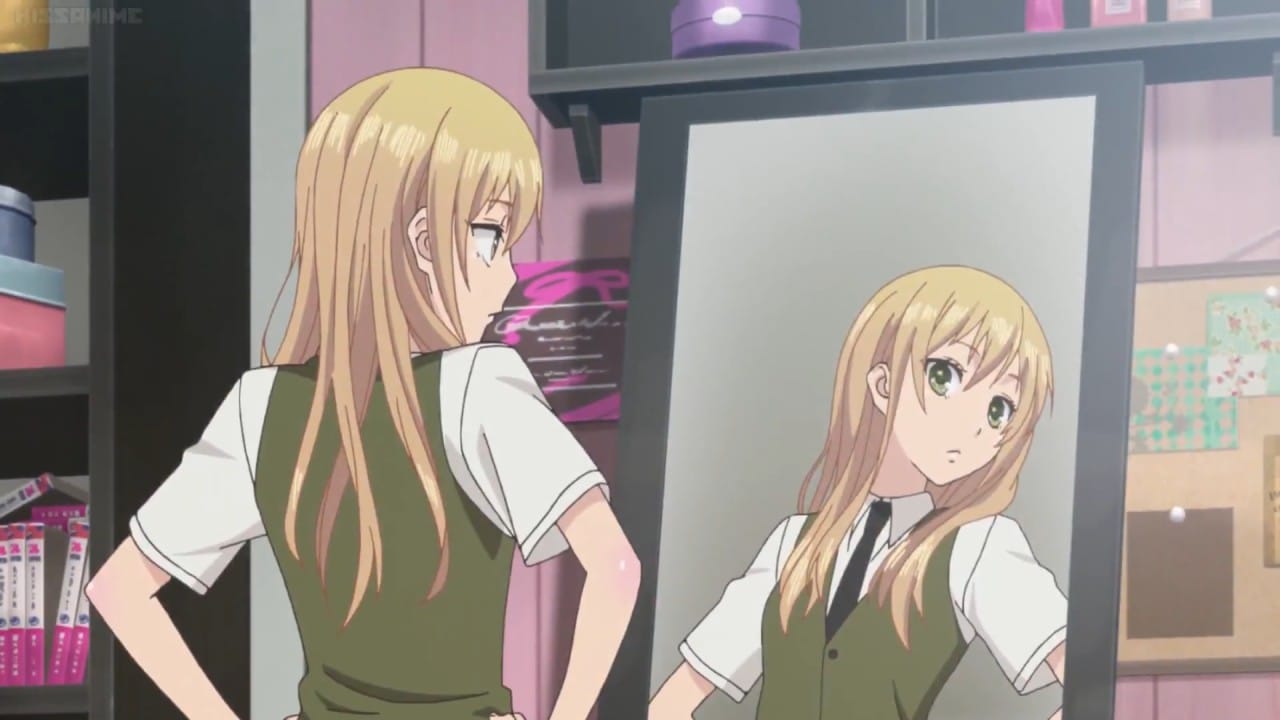 Whispered Words (Sasameki Koto) is anything but a cliched lesbian anime. It may seem comparable on the surface, but this is not the case. Wearing a yuri tag, Whispered Words refuses to become involved in any other genre. It takes charge of the plot and guides it in the direction it wants to go without deviating into other genres. One of the characters has made no secret of her sexual inclination, whilst the other seems to be more of a recluse.

It’s a surprise till the conclusion of the show. This lesbian anime doesn’t come to a tragic conclusion; instead, it ends abruptly. The majority may believe it’s a horrible and unsatisfying cliffhanger, but I think it leaves a lot of room for thought. This isn’t your typical happy ending. It allows the audience to fully envisage all of the subsequent options.