In this series, a youngster who has come of age with a super-powered dad eventually receives his own abilities as a teenager, adopting the persona, “Invincible.” As he learns to become a hero, he comes to understand exactly how deep and scary being a super-powered human can be – and how his dad has mysteries he would never have discovered. Invincible, in my view, is the ultimate superhero show in several ways, and although that first season goes by because you’re so into the narrative, you don’t need to fret at all, since Invincible Season 2 is in the works right now. It’s no wonder that Invincible Season 2 was planned, given how successful Invincible became following its premiere. Season 2 was confirmed even before the Season 1 finale aired, demonstrating how well-liked the program was even before the premiere. This program may take some time to air even though a second season was already planned for the series last year.

What is going to be the storyline for Invincible Season 2? The comic series is an entertaining but at times puzzling one. Fans really have no clue where Invincible season 2 will take them. However, we do know what to expect. Season 1’s ending and a few clues from the show’s official Twitter account led us to this conclusion. First, let’s review the Invincible season 1 finale. Omni-Man intended to conquer Earth for the Viltrumite Empire but, after discovering that he couldn’t murder Mark and enslave mankind for his people, he sadly goes away into orbit for an uncertain destination. Invincible Season 2 should follow up this narrative line. Mark will be charged with protecting the Earth from Viltrumite invasion and assisting the Coalition of Planets in halting the former’s growth over the whole cosmos. Mark now knows that an army is on its way owing to Allen the Alien’s threat and, with Allen having a more important role in the comics from this point on, we can expect the duo’s bond to deepen in Invincible Season 2.
We should also look into the disappearance of Omni-Man/Nolan. When Nolan flees Earth to join the Viltrum Empire, he thinks it will make up for leaving his position behind on Earth. More may be said about Mark and Nolan’s connection in the TV show, which has been thoroughly explored in the comics. We’ll be here forever if we go too far into this father-son connection so, for now, we’ll say we want to see some of Simmons’ Nolan next season

When will Invincible Season 2 be released?

Sadly, we’re a full year after Invincible Season 2 had been announced, but still apparently no closer to knowing when the program will really debut. The specific release date of the second season is not out as of April 2022, but we think that word will come down shortly. To be fair, Robert Kirkman has had his hands busy with the forthcoming conclusion of The Walking Dead which concluded filming at the end of March 2022. 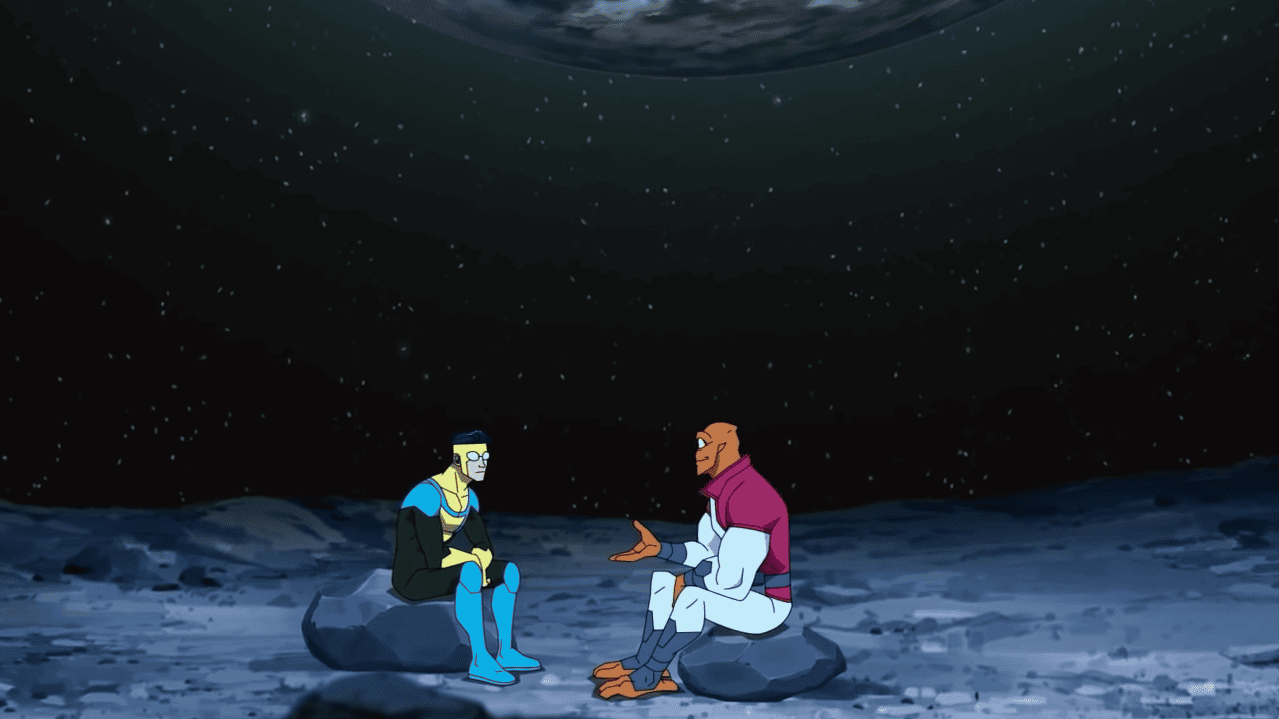 In January, Kirkman live-tweeted through the first episode to give his fans insight into how it was developed, and then provided an update on where he was in the production of season two. As this program is animated, Invincible won’t suffer from the same type of production delays that affected much of the TV business in 2020 and 2021 now that the ball is rolling. Season 2 of Invincible has been renewed, although no date has been set for its premiere. It can be expected that Invincible Season 2 will release in early 2023, but knowing how long animation can take to develop, it could arrive even later.

Who all are going to be in the cast of Invincible Season 2?

Based on how the first season went and who the main characters were, it appears that most of the original voice cast will be back: Steven Yeun as Mark Grayson/Invincible, J.K. Simmons as Nolan Grayson/Omni-Man, and Sandra Oh as Mark’s human mother Debbie, who by the end of the season had figured out that her husband had killed the former Guardians of the World
Because he was previously seen floating out into deep space in Season 1, it’s possible that J.K. Simmons will not return as Omni-Man in Season 2. There’s a fair probability he’ll return to the tale in season 2 since comic book readers know exactly where he’s heading.