We have liked somebody in our life due to our emotions for that person. Whether that person has feelings for us or doesn’t, we continue to keep that in our hearts with all due respect and care. If we genuinely start loving that person, we stop seeing ourselves and all of the attention goes to that person directly or indirectly. The sad part is that at a point in time, we have to say that person goodbye, or the partner has to. The reason for being apart could be many, but it has to. Five feet apart.Five feet apart, directed by Justin Baldoni, is a 2019 Romantic movie. Stella Grant is a teen girl diagnosed with cystic fibrosis (CF). It’s a disease that met the exact name of her kind, Will Newman. Patients suffering from this cannot be near each other more than 6 feet.

What is the story? Stella and will Newman are the main characters of the film. This film is romantic and teaches the meaning of love. Stella grant and will Newman are suffering from cystic fibrosis, which is why they are in the same hospital and are doing their treatment. Stella is a calm girl who tries to keep herself proper and follows every part of her wellness to keep herself reasonable. Will has contracted B. cepacia, a new drug given to him, but due to it, he will become unable to take a lung transplant. Stella is ready for a lung transplant.

How did Will and Stella fall in love? When Stella sees Wills and finds out that he isn’t taking care of himself, she tries to take care of him and, in return, will ask her if he can draw pictures of her. Later, they take care of themselves but cannot come closer to 6 feet. Will and Stella eventually fall in love. One day while going for her lung transplant, she falls into the frozen pond. She is about to die, but Wills arrives and gives CPR to save her life despite the fact they both can fail. They reached the hospital, and Stella’s lung transplant went smoothly best thing was she wasn’t infected with B. cepacia.

This is Sure to make you cry When Will knows that the drug he has been ti isn’t working. Will feels immediately lost and is not ready to understand but calmly relieves himself when Stella is under anesthesia after the transplant. Everyone, including Will’s mother, nurses, Stella’s parents, and even the doctors, set up the light outside the operation room. Will finally sets himself up not to see Stella again ever as he may infect her with the virus after she’s okay. Will broken heartedly said goodbye to Stella and left the sketchbook of drawings he made of hers.One of the saddest parts of the story is that it gives a real contrast of love and leaves us speechless and sobbing through the end of the movie. 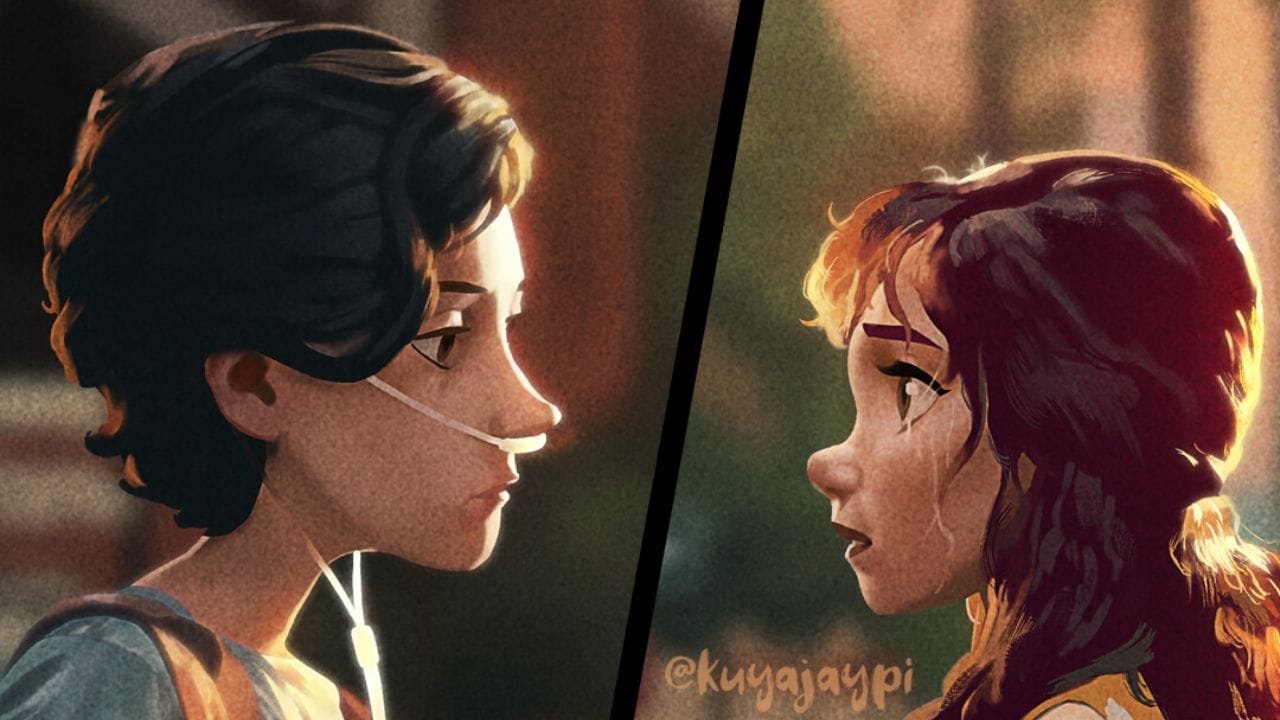 The movie seems to be an honest effort to show how CF sufferers manage relationships in addition to their many constraints. Since there is no sexual attraction between Stella and Poe (Moises Arias), their friendship is often far more engaging. Some of the difficulties experienced by caregivers and the impact it has on them are also shown by Nurse Barb (Kimberly Hebert Gregory) and her compassion for these patients. Five Feet Apart’ manages to be entertaining thanks to its performances, and is more than likely to tug on heartstrings in some unexpected spots despite a run-time that director Justin Baldoni could have easily reduced to a crisper version.