Netflix is considered among the most significant platforms offered, even though there are increasing amounts of streaming platforms that are presently available.

This is because Netflix has an extensive library of original programs. This pattern would continue well into 2022 with such a range of series that are on par with everything that the company has carried on in recent years.

This list contains everything you require regarding the release dates of all Netflix TV shows across the year 2022, including all these new and returning series. Continue reading so that you can prepare one binge list for the season in July.

After the disheartening yet thrilling battle of star court that reigned in destruction and horror in the minds of people in Hawkins, the group of friends is trying to get back life to normal.

The terror of the aftermath still frightens the group but what makes things complicated is that they are separated for the first time since they met. Like any other teenage group, the group is navigating their lives through high school problems, and every day is a new challenge on an individual level.

As the trailer suggests, the star girl, Eleven, has lost her powers, and at the same time, this vulnerable group has to face threats posed by a horrifying and new group of supernatural beings.

In this new gruesome mystery, if the group manages to solve whatever is in store to get unravelled, they might finally be able to end the horror upside down.

The most-awaited Virgin River season 4 is finally here and is releasing on July 20. The viewers can expect love and love triangles and some more sticky situations, as well as it also hints towards the fate of car-crash victim Hope.

The new season begins with the confusion of Mel as she doesn’t know whether the baby belongs to her deceased husband, Mark or Jack. But she is full of optimism as her dream of becoming a mother is finally becoming a reality. While Jack is both excited and supportive of Mel’s pregnancy, the confusion of paternity gnaws at him.

The problems, however, surge when a new doctor who is up to the mark on good looks comes to light to start a family. The circumstances that unravel hence make the show even more enjoyable. 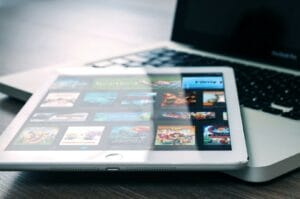 Netflix is all set to bring to its audience a new suite under the production of DreamWorks Animation, which is a new set under the Kung Fu Panda universe. The series is around our beloved character Kung Fu Panda, who gets accused of wrongfully using a magical weapon on a tour of eating across China.
For a clear path, a challenge stands before him where he has to team with an exceedingly proper but impatient little knight of English origin on an epic quest with a roller coaster of adventures in front of him.

The resident evil fans can’t keep calm as Netflix is all set to release its very own live-action series in its latest return to the New Raccoon city and the Umbrella Corp’s gruesome and nasty plot. This series is set in 2036, 14 years after a deadly global virus triggered an unexpected apocalypse. The Constantin Film makes this new take on the famous Resident Evil video game franchise with Netflix.

All set to release on July 21, this new part of the Jurassic world follows the story of 6 teens who are invited to a gigantic state-of-art adventure camp. They must now stick together and survive when the dinosaurs break out of captivity.

The director says the new season is more challenging, the odds are more remarkable, the danger is more accurate, and the stakes are higher.
However, this season also marks the end of the series.

July will be a treat to the eyes of Netflix lovers and binge-hoppers who will have a daily dose of sailing the seven seas, travelling the upside-down, and going on a globe-trotting action-filled romp with our beloved characters.