Stranger Things fans have been waiting since 2019 for the return of one of Netflix’s most popular shows, and on May 27, 2022, the first set of episodes will be released. While viewers will have to wait till July 1 to witness the entire season, fans will have much to look forward to in this first volume, which includes the horrifying new villain Vecna.

One of the major revelations in Netflix’s bizarre new trailer for Stranger Things Season 4 was a peek at the fearsome new monster, Vecna. We were welcomed to a virtual set visit with series producers Matt and Ross Duffer (aka the Duffer brothers) and Prosthetics Designer Barrie Gower, where they revealed some exciting details about Hawkins’ new big bad.

Gower has a lengthy history in the prosthetics field, having worked on the Night King in Game of Thrones and the Chornobyl radiation victims. “We’re basically integrating lots of shapes, textures, and form from The Upside Down in Vecna’s look,” Gower stated. “There’s a lot of kind of roots and vines and very organic sort of shapes and fibrous sort of muscle tissue and what have you.”

In our exclusive Stranger Things Season 4 trailer dissection with the Duffer brothers, they revealed that “Vecna, throughout the season, is 90% practical” effects from a technical aspect. Vecna was inspired by legendary horror icons such as Pinhead, Freddie Krueger, and Pennywise, according to the brothers.

The Demo-Bats, which the Duffers were pleased to introduce in Season 4, are another scary new species you may have noticed in the teaser.

“We always like to introduce a new Demo-Creature as you will, and so we were excited about introducing Demo-Bats,” Matt Duffer said. “Maybe one of them alone is not very dangerous, but when there are hundreds and hundreds of them coming to you at the same time, they’re very, very deadly, and they also have the ability to act as spies, so you may not even see one in the tree, and it spies you, and then suddenly because everything is a hive mind in The Upside Down, every monster in there knows that you’re there.”

Matt Duffer has stated that in Season 4, we will discover more about the Upside Down lore than we have ever learned before!

Part 1 of Stranger Things Season 4 will launch on Netflix on May 27, followed by Part 2 on July 1. 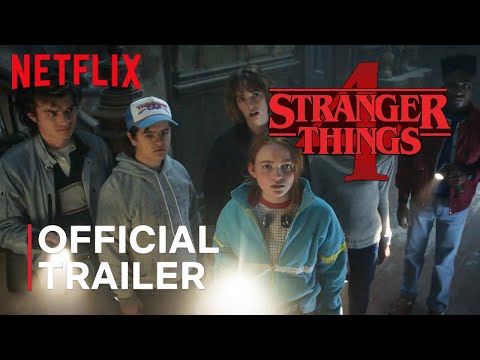