Drive till you reach the Gulf of Mexico, then keep on going until you reach the greatest islands in Texas for a part of Texas that most people never see!

While many of Texas’ islands are too geographically isolated to be worth visiting, there is a number that is well worth seeing and offers both adventure and historical significance.

You’ll find it on one of the best islands off the coast of Texas, whether you’re searching for a day vacation or a weekend of excitement. 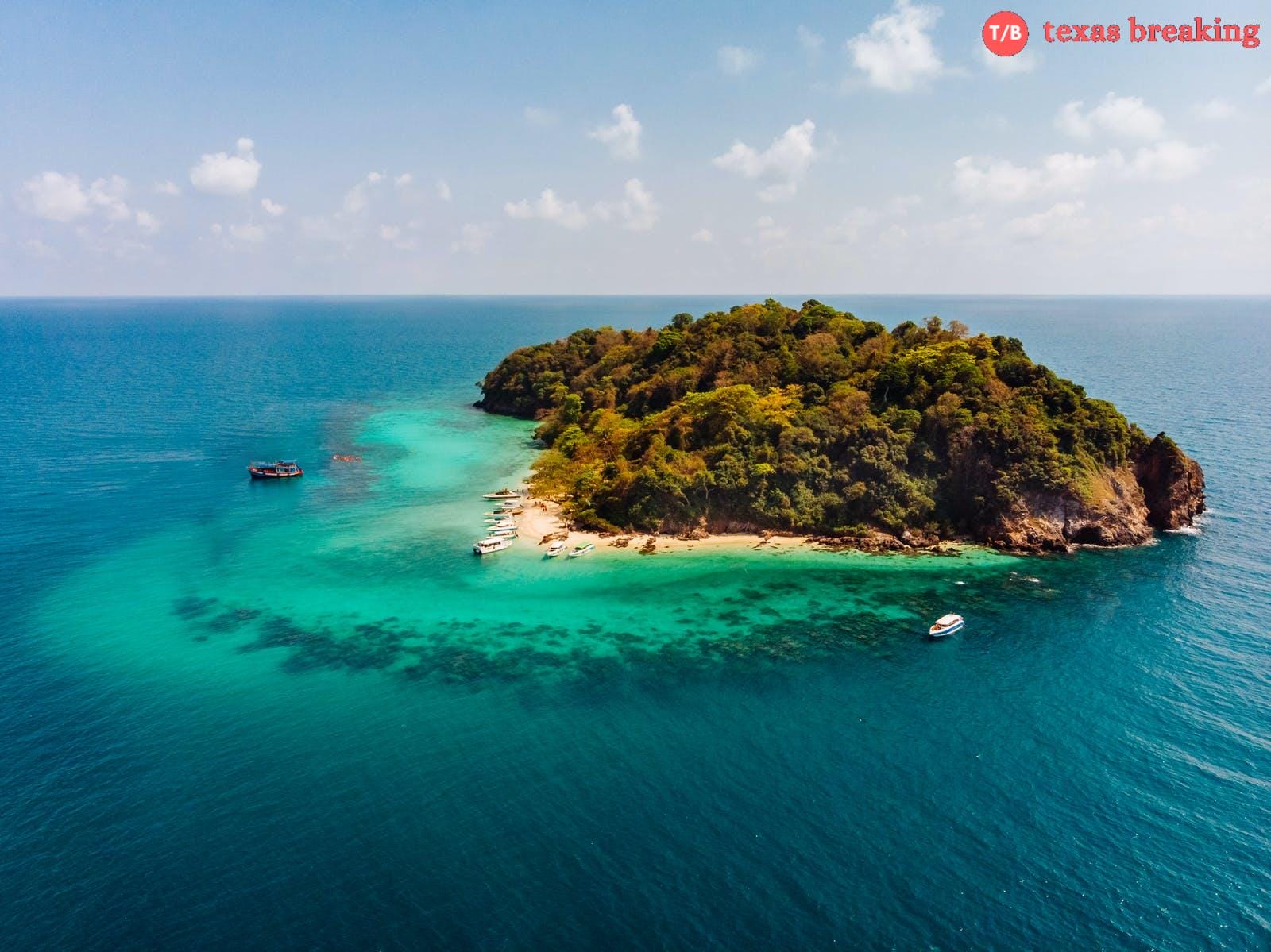 The top Texas islands to visit are listed here!

South Padre Island is lovely beach heaven located approximately 20 miles from the Mexican border in Texas, and it is the state’s only tropical island! The island’s lengthy expanses of the lovely beach will make you forget you’re in the country of deserts and cowboys–at least until you go beach horseback riding.

While you’re there, pay a visit to the sea turtle rehabilitation center, enjoy the sunset over the water, and attempt a new adventure. There are plenty of interesting things to do on South Padre Island, from parasailing to catching fish.

If you want to see South Padre Island at its best, visit during the spring break, when the island is overrun with college students. If you don’t want to party, come any time other than mid-March!

Padre Island is the world’s longest and widest barrier island, home to the stunning Padre Island National Seashore and a popular beach getaway for families from all over the country.

Enjoying the island’s stunning landscapes and animals, from going on a pirate cruise to visiting a rehab center for injured sea turtles, are just a few of the activities you can do with your family.

Padre Island is known for its abundant biodiversity. It contains a large bird population and several unusual creatures, including the endangered Kemp’s Ridley Sea Turtle. This lovely sea turtle is the world’s rarest turtle and is classified as an endangered species.

If you want to get away from it all, Matagorda Island is the place to go, as this wildlife reserve is only accessible by boat.

You are welcome to remain and camp on Matagorda Island, but keep in mind that there is no running water or electricity.

Matagorda Island is known for its fishing and fauna and is one of Texas’ most beautiful islands, partly due to its secluded character. If you decide to remain and camp, make sure to look up at night to see the boundless sky come to life.

Another of Texas’ famous barrier islands is Galveston Island. Galveston Island is home to some of Texas’ most popular beaches and is a popular vacation spot for many Texas families, particularly those from the Houston area.

Every year, millions of beachgoers flock to Galveston Island, which is home to a variety of tourist attractions. Visiting amusement parks such as gloomy gardens, The Pleasure Pier, and Schlitterbahn are among the most popular things to do in Galveston.

If you prefer to be closer to nature, relax on one of Galveston’s many gorgeous beaches or take a dolphin-watching cruise. Galveston Island also has a diverse range of shops and eateries to pick from.

San Jose Island is mostly managed for its wildlife, and it contains some areas that have remained unspoiled by humans for many years. People are only permitted to visit certain portions of the island and must not cross the vegetation line.

Furthermore, San Jose Island is only accessible by ferry, and no automobiles are permitted on the island.

Since there are legends about tressures being buried by the Spanish in the 1500s, the island is a dream come true for any treasure hunter.

Anglers flock to the location dubbed “The Fishing Capital Of Texas” on San Jose Island.

San Jose Island is only a short ferry ride from Port Aransas, making it a convenient day trip from a Mustang Island vacation.

Mustang Island, about 40 minutes from Corpus Christi, is one of Texas’ most popular islands and a great destination for a beach vacation.

The Texas Sandfest is also held on Mustang Island. The largest natural sand sculpting competition in the United States is held here. This competition attracts eminent sculptors from all over the world to Mustang Island to produce and display their work.