The small town of Navasota, Texas is peaceful and picturesque, but there are lots of entertaining things to do in Navasota that make it worthwhile to visit. The blend of past and present in Navasota, a railroad town that reached its peak influence a century ago, is fascinating to observe. Furthermore, because Navasota is only 7 miles from Washington-on-the-Brazos, it conveniently complements a day trip there.

Here’s what to do in Navasota, Texas, and a quick history of the city! 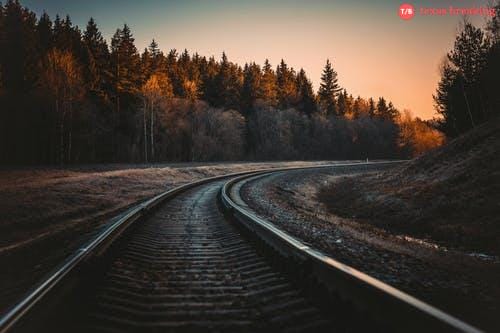 The population dropped in the mid-twentieth century, owing in part to the loss of local companies during the Great Depression, but also in major part to developments in the agriculture industry, particularly mechanization.

On the other hand, residents of Navasota are devoted to their hometown and have worked relentlessly over the years to retain new businesses interested in the city and rebuild its downtown.

In addition to its railroad connections (including the historic Union Pacific Railroad), Navasota is recognized for its music, having been dubbed the “Blues Capital of Texas” in honor of Mance Lipscomb, who grew up in the town.

Things to Do in Navasota, TX

Look For Murals In Navasota

Navasota boasts an astounding amount of public art for such a small town! Make a point of finding the legendary “Greetings from Navasota” postcard in the parking lot of Zippy’s Liquor. Another popular Navasota mural to view is the “Navasota Music Mural,” which honors the legacy of Blues music in Navasota and can be located on the side of Classic Rock Coffee Co.

Take A Walk Down Washington Avenue

Washington Avenue, Navasota’s main thoroughfare, is home to several of the attractions that make up the greatest things to do in Navasota and some of the city’s most beautiful buildings. Just outside of downtown, Washington Avenue is home to some of Navasota’s most spectacular residences, including numerous historic mansions. While many are still individual homes, there are also old beds & breakfasts to be found here!

You may also view the self-proclaimed World’s Largest Teapot at Martha’s Bloomers, one of Texas’s most popular roadside attractions and one of Navasota’s most famous attractions.

In addition to a remarkable teapot, Martha’s Bloomers is a nursery, café, and antique shop all rolled into one.

Horlock House in Navasota is striking at the first glimpse. It’s a fully renovated Victorian that stands proudly on Washington Avenue–and it’s home to a few lucky artists! In addition to being a museum, the house is home to three artists in residence who are given the opportunity to live and work there.

Walking through Navasota’s little downtown, you wouldn’t expect to see an independently owned department store, let alone one that has been around for nearly a century! And yet, that’s exactly what you’ll discover at P. Nemir’s Dry Goods. This family-owned and operated business first opened its doors in 1911 and is still operating on Washington Avenue today.

Catch A Show At The Navasota Theatre Alliance

The Navasota Theatre Alliance aims to deliver innovative, diverse, and entertaining live theatre to this small Texas town. Consider supporting the local art culture by attending a show if you’re staying the night.

Take A Tour Of An Alpaca Farm

The Navasota area is the self-proclaimed alpaca capital of Texas, with three ranches where you may meet and engage with these wonderful animals. One of the most unusual things to do in Navasota is visit the alpacas!

Pay A Visit To A Bee Farm

Visitors are welcome at the local BeeWeaver farm, which offers everything from on-site beekeeping classes to local honey and honey-filled delicacies!