According to CNN, the Texas National Guard said Monday that a soldier died in a non-mission-related event near the town of Brackettville. 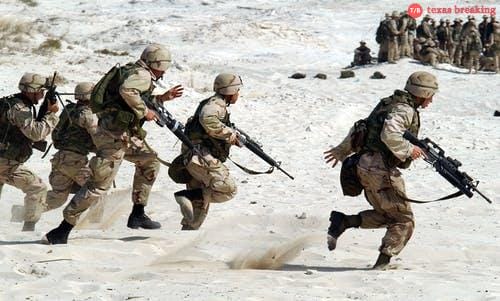 The soldier was part of Operation Lone Star, a state-led response to migrant crossings along the Mexican border. Bracketville is roughly 30 miles from Del Rio, Texas, on the Texas-Mexico border.

Soldiers Were Taken To A San Antonio Hospital

“We are deeply saddened by this loss,” Maj. Gen. Tracy Norris, the top general for the Texas Military Department (TMD), said in a statement. “We are focused on supporting the Soldier’s family and are providing all available resources.”

According to the TMD, the soldier died as a result of an accidental firearm discharge.

“The incident is currently under investigation by the Texas Rangers. We will release more details as they become available,” said Col. Rita Holton, a TMD spokesperson.

It’s unclear if the discharge was caused by the soldier’s weapon.

Gov. Greg Abbott expressed his condolences to the soldier’s family in a statement.

“The Texas National Guard plays an important role in our efforts to keep communities safe and we are grateful for their courage and commitment,” he added. “The Texas Rangers will conduct a thorough investigation into this tragedy and the Texas Military Department is taking action to ensure such loss of life never happens again.”

In Operation Lone Star, the National Guard frequently assists police enforcement. Military personnel are prohibited from engaging in law enforcement activities such as arrests or searches without prior approval.