A Texas teen’s family has launched a multi-million dollar lawsuit against several of his “friends” and their parents after his teammates brutally attacked him.

Cole Hagan, 16, was at a pool party in Lake Jackson, Texas, on December 3 when he was brought outside by a couple of his Brazoswood High School classmates, when he was ambushed by another student, Reid Mitchell, 17 years old.

Mitchell, Logan Huber, 18, and Ayden Holland, 17, were charged with aggravated assault for allegedly luring Hagan outside to be assaulted. 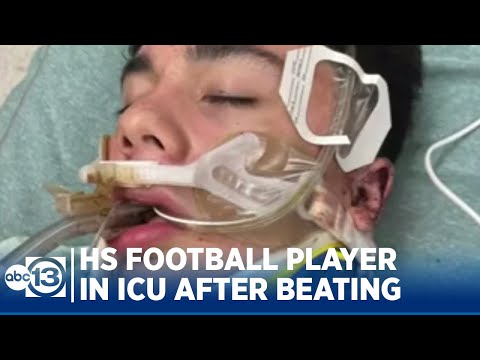 According to his family, Hagan, who was released from the hospital just in time for Christmas with his family, is currently experiencing speech, physical, and occupational therapy at TIRR Memorial Hermann.

The Hagan family has filed a lawsuit against 16 people, demanding more than $50 million in damages and citing some of Hagan’s classmates and their parents as those who “knew or should have known of the plan to attack Cole Hagan,” according to the lawsuit.

“The Hagan family is going to pursue justice in this case,” attorney Loren Klitsas told Insider. “Their son Cole, a star football player, is permanently damaged, and they have no choice but to pursue the parties that are responsible for it. It’s horrible.”

Mitchell is accused of assault, while Huber and Holland are accused of threatening bodily harm. They’ve also been charged with making “false and defamatory statements…injuring Plaintiff, Cole Hagan’s reputation.”

After the attack, Huber and Holland returned to the police station to amend their story, claiming the assault on Hagan was motivated by Hagan’s behavior toward their female friends. As previously reported by Insider, such statements have not been substantiated by police, nor has any evidence of them been included in police affidavits.

Scott Brown, Huber’s lawyer, expressed confidence that his client would be found innocent in the Hagan family’s lawsuit.

“We believe that, unfortunately, he was just an innocent pawn in all of this with no knowledge of exactly what was going to happen, the way that it happened,” Brown told Insider.

Many students are also charged with threatening bodily harm, according to the lawsuit, because they were aware of the incident before it occurred and did nothing to stop it. One of the students is accused of emailing images of Hagan to Mitchell to “start the plan to assault” the hapless adolescent violently. Others have been accused of knowing about the attack before it happened. We were unable to contact the students or their families for comment.

“It is shocking because this is a small town and these kids all know each other,” the Hagan family’s attorney Klitsas told Insider.

Robert Brandon Mitchell, Thomas Holland, Trista Wylde Huber, Wendi Holland, Steven Rodd, Hailey Vitek Rodd, Shelley Stroud, Paul Cagle, and Rodney Stroud are the parents accused of carelessness. They were either unavailable for comment or did not reply to requests for comment.