With the 5G spectrum expansion happening, several flights had to be canceled as they couldn’t get clearance from the FAA. The Dallas Morning News reports that the regional aircraft which made up for the major air traffic at DFW airport has faced this problem. A delay and cancellation of flights due to the expansion of 5G cellular networks made the aviation regulators hurry and get the approvals on time.

Since the alternative mode of compliance wasn’t available, half of the country’s passengers faced the brunt of cancellation. The federal administration needs to approve other carriers as well apart from the regional airlines. 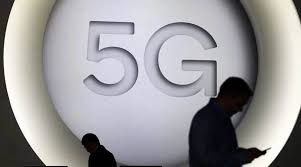 The American airlines chief stated the minor operational impact and how they were awaiting approval from the FAA. There will be revised operating requirements when the 5G deployment plan is secured and aligned to the aircraft’s working to work according to the requirements.

The Independent reports that Dallas Fort Worth Airport is one of the eight metros chosen to get the 5G expansion. AT&T began deploying limited 5G with temporary limits around airports in the initial phase.

What 5G Expansion Has Caused

The highlights were the cancellation of four flights on Wednesday and delays for even mainline flights. However, the major impact was borne by the regional carrier American Eagle Banner and a few others, which make up for 47% of the fights that touch down in DFW international airport as per data from the Regional Airline Association.

The delays and cancellations hampering revenue and causing inconvenience to passengers have gotten the telecommunications and aviation industries at loggerheads with each other. An agreement has temporarily limited the 5G towers and services on dozens of US airports, including DFW and Dallas Love Field.

The proposal was made a year ago by the Federal Communication Commission. Yet, the aviation industry was not quick enough to comply with and alter equipment and approve planes to fly.