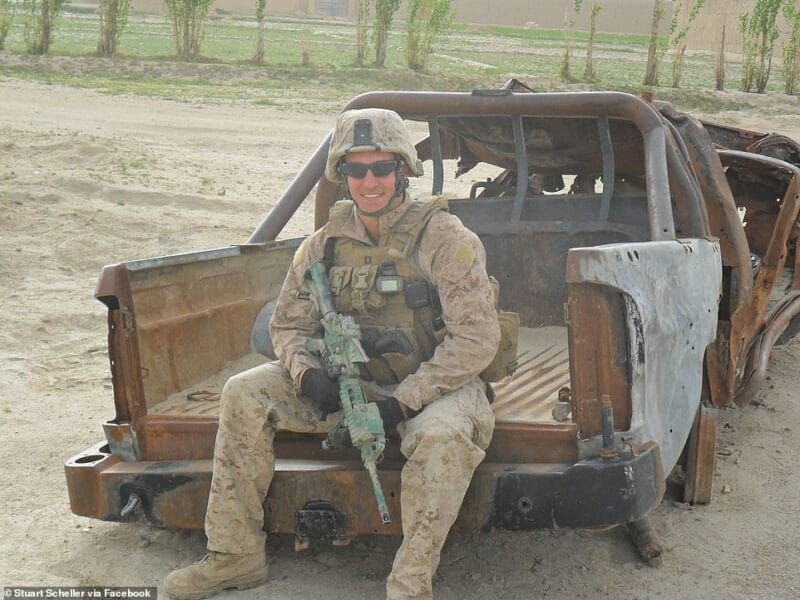 Three congressmen have reportedly sent a letter to the Secretary of the Navy (SECNAV) to ask about Lt. Col. Stuart Scheller. Scheller was relieved of his duties after he openly criticized the senior officials of the United States Military concerning the withdrawal of the troops from Afghanistan. Later, Scheller was placed in the brig, where he waits for his pre-trial.

Taken To The Brig

After the first video uploaded by Scheller on his social media page, he uploaded another follow-up video where he demanded accountability from one of the senior officials. Later, he shared that he was told to refrain from posting and that his offer to be dismissed honorably was rejected, WCTI12.com reported.

Scheller was then taken to the brig. Capt. Sam Stephenson, a Marine Corps Training and Education Command spokesperson, said in a statement: “Lt. Col. Stuart Scheller Jr. is currently in pre-trial confinement in the Regional Brig for Marine Corps Installations East aboard Marine Corps Base. Camp Lejeune pending an Article 32 preliminary hearing.”

The date and time for the pre-trial of Scheller have not been released yet. 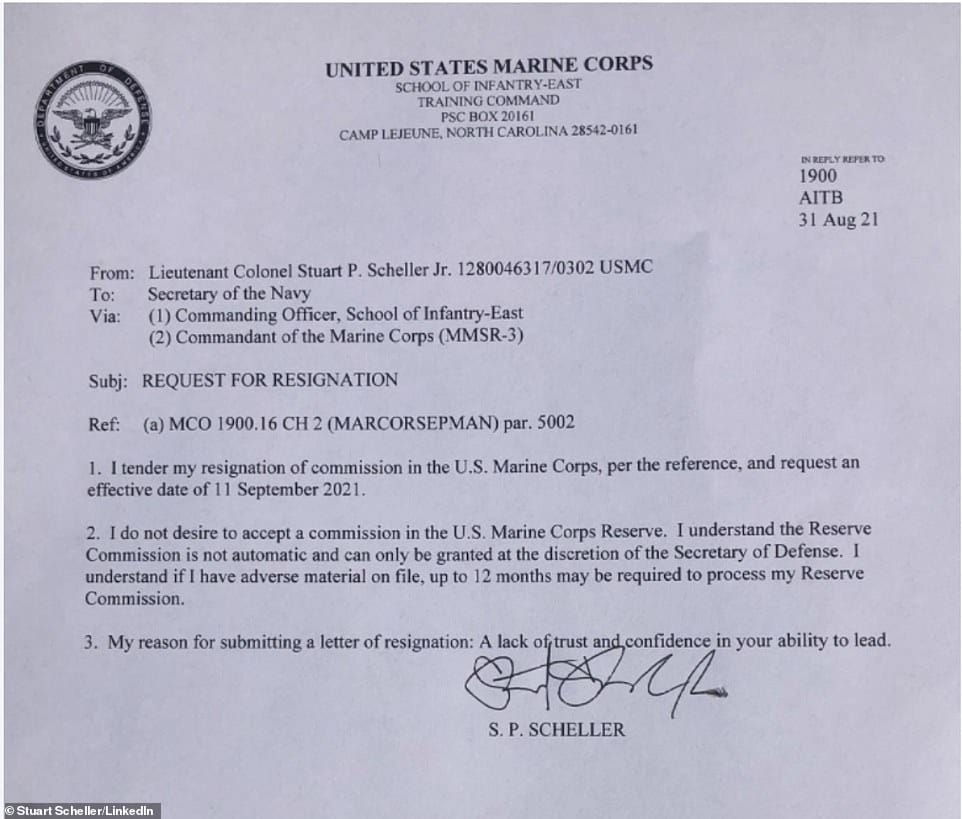 The three Congressmen who asked SECNAV Carols Del Toro through a letter for more information about Scheller are Representatives Greg Murphy, M.D., and Richard Hudson, both from North Carolina, and Representative Brad Wenstrup of Ohio.

In the letter, they asked questions seeking clarification that whether there have been charges against Scheller already, what are the charges, what articles of the Uniform Code of Military Justice is Scheller accused of violating, what is the justification as to the confinement of Scheller pending pre-trial, why were lesser forms of constraint deemed not adequate, has a legal counsel been assigned to Scheller, and asking for a schedule of when and where the hearings will be held.

There have been no answers regarding these yet.

During a press briefing recently at the White House, Press Secretary Jen Psaki was asked if President Joe Biden considered Scheller “a hero” since the current president hailed Lt. Col. Alexander Vindman as a hero in 2019 for speaking out against the then-Trump administration.

Psaki answered, “I don’t have all the details on these circumstances. I understand that’s going to be frustrating to you, but we will work to get you an answer on it.”