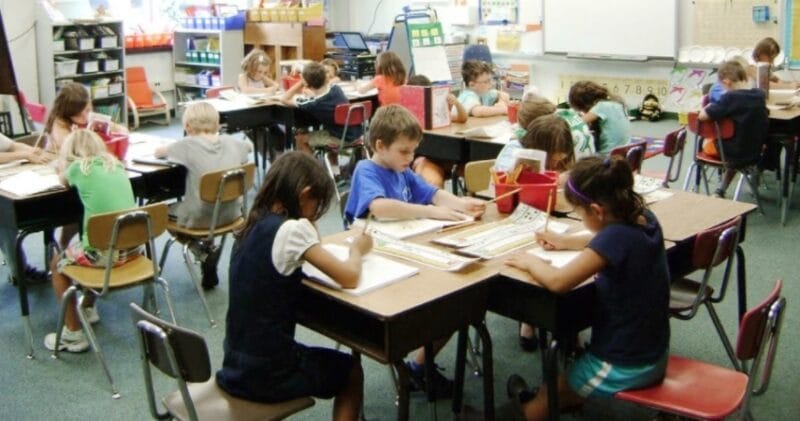 A public school teacher in New Jersey – Jennifer Mess – recently spoke with ‘Fox & Friends Weekend’ detailing the video from a teachers’ union that made her stomach churn. She claims that the clip encourages her and fellow educators to log the vaccination status of students and parents into a progressive app.

Entirely against what they do

A drama teacher at Middletown Township Public Schools, Mess, said that the training talked them through scenes where they would be “manipulating parents and students and as educators.” She believes that these go completely against what they do.

Mess added that the districts were not aware that such activity was happening and said that this was behind everyone’s back. Further, the educator stated that the training in question provided information that the Reach app was initially developed for New York Representative Alexandria Ocasio-Cortez (D).

The vaccine equity nonprofit Made to Save, the National Educators Association (NEA), and the American Federation of Teachers (AFT) have produced the training video in question. Reports suggest that it’s instructing teachers to upload their conversations with both students and parents into “the grassroots organizing app “known as Reach. Doing such will then be compensated like gift cards.

On the other hand, the teachers’ union defended the activity, arguing that they intend to encourage parents and students to get vaccinated.

There was even this one slide, according to Fox that reads, “As someone, the person already knows and trusts, you can find out what is concerning them about the vaccine, relate on a personal level, and share information to help them on their journey to get vaccinated.”

The New Jersey teacher’s not convinced

Mess was not convinced by it and has questioned the motive. While watching the so-called training video, she said that one’s stomach would sure to turn since teachers like her will be using their rapport with parents in coercing them to do what the government is asking them to do. She went on to say that she feels that the people behind it want them to turn into what she describes as “indoctrination camps” instead of an education curriculum.

Mess also highlighted that they, as educators, want to provide love and care for parents. However, there are people out there that want to push an agenda.