Woman In Louisiana Arrested After Throwing Her 2 Kids Off Bridge, Killing 1 And Injuring The Other
Advertisement A Louisiana mother accused of throwing two of her children from the Cross Lake Bridge on Friday morning, which killed one and critically injuring the other, was arrested and charged with multiple felonies, according to the Shreveport Police.

No bond was set and officers with the Waskom Police Department took her into custody early Friday afternoon. Black is currently waiting to be transferred back to Caddo Parish, WFLA.com reported.

Names of both victims were not released to the public. 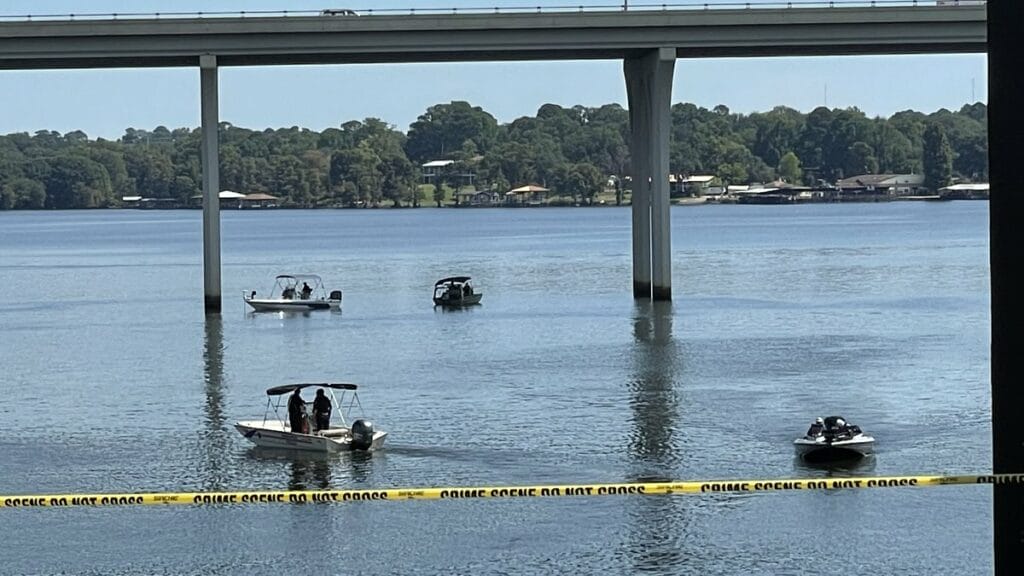 “My heart is just so broken with this event that has occurred today,” Substitute Chief for the Shreveport Police Department Wayne Smith said.

According to police officers, the SPD received a call at around 11 a.m. regarding a child floating near the Cross Lake Bridge and recovered the body of a male infant who was pronounced dead on the scene. The marine patrol was able to find the other victim and was rescued and brought to LSU Oschner Health Shreveport.

Information that led to the arrest of Black

The police initially said that the 5-year-old’s injuries were life-threatening but is now expected to make a full recovery. The victim was able to tell investigators details and information about the incident that are crucial in identifying Black as the suspect for the horrific happening.

The information provided led to a multi-agency effort to locate Black. A gray Dodge Caravan with a Texas license plate was linked to her. The vehicle was eventually found by a Waskom police office which led to her arrest Friday afternoon.

The police officers were also concerned that another of Black’s children was missing and might also be thrown off the bridge but on Friday afternoon, the supposed third child was found in another location, unharmed.

“This is a tragedy, and we ask for prayers for the children and their family,” SPD Sgt. Angie Wilhite said. “Pray for our law enforcement officers that have been out here all day, all morning working on this. Our firefighters, Life Air, our dive teams with the Caddo Sheriff’s Department, and the police department. It’s been a multi-agency effort. Unfortunately, there’s no happy ending to this, but we do have the suspect in custody. Our detectives are working right now on interviews and recovering more evidence in the case.”

Councilwoman Tabatha Taylor, who is representing the district where the incident happened said that what happened highlighted the need for the city to give better access to mental health services.

She said that she “can’t wrap her brain around” what the suspect did to her children.

The police and investigators are asking anyone who might have seen Black’s gray van or “anything out of order” to contact detectives at 318-673-6955. Tips can also be left anonymously with Louisiana Crime Stoppers at 318-673-7373.