Unvaccinated People Are 'More Educated' On COVID-19 Vaccines - Is This True?
Advertisement 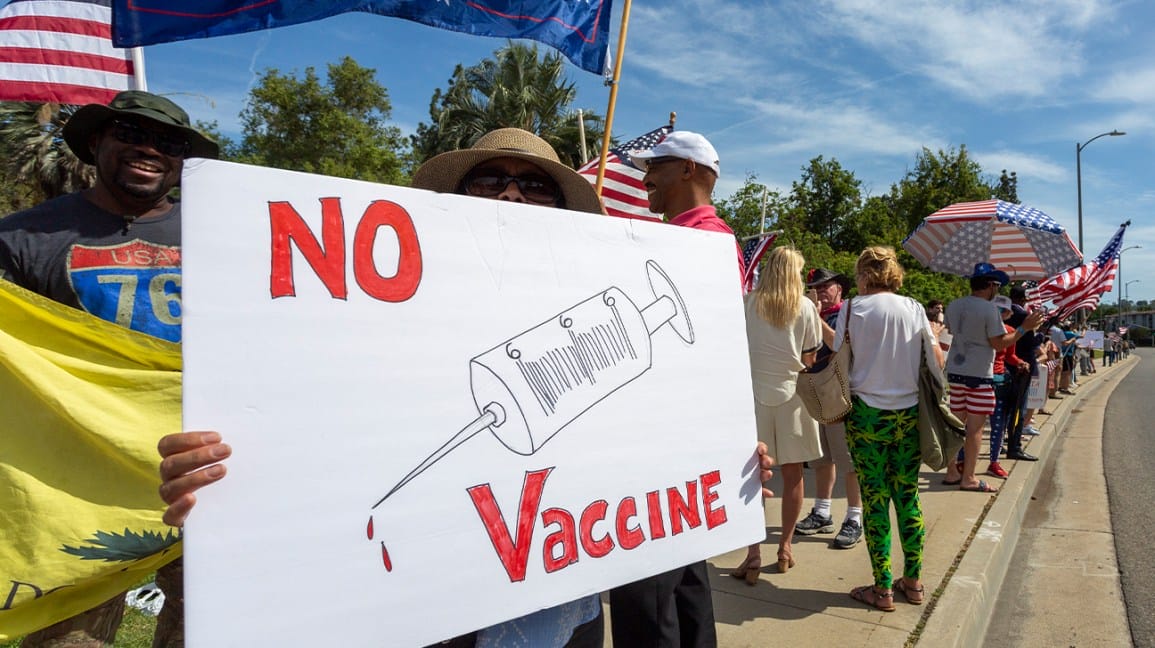 In the post that has been going around on different social media platforms, a statement reads, “FDA vaccine advisory board said Friday unvaccinated are more educated on the vaccine than most who have gotten it, and ‘we cannot adequately refute their concerns, which should make us all very uncomfortable.’”

The comment was reportedly made during an open public hearing session of the FDA vaccine advisory committee’s meeting. However, per the investigation made by Check Your Fact, the statement in the image does not reflect the comments made by the person during the public hearing portion of the meeting.

FDA spokesperson Abby Capobianco shared with USA Today through an e-mail that the public hearing portion is open to the public and does not endorse the public’s views. Capobianco added, “The public hearing is a chance for members of the public to present data, information or views, either orally during the meeting or in writing, on issues pending before the committee.” 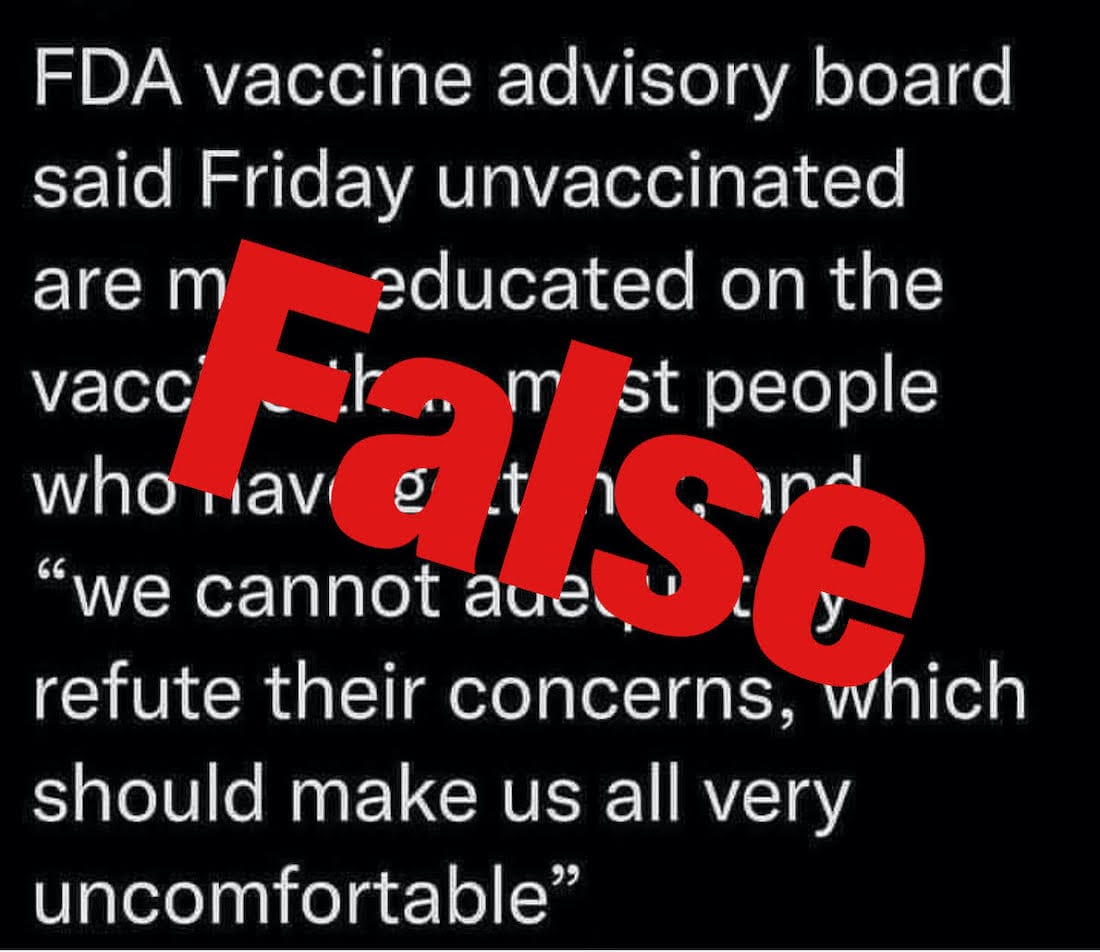 The person who reportedly made a comment is Dr. Joseph Fraiman, an emergency medicine physician who practices in Louisiana. Fraiman, however, is not on the list of the FDA vaccine advisory committee members. Fraiman also did not release any statements saying he is an FDA employee, and Copabianco confirmed that Fraiman is not an FDA employee.

Fraiman did speak during the open public virtual hearing on Sept. 17 but did not say anything like the one in the image. He said in part, “I know that many think the vaccine-hesitants are dumb or just misinformed. That’s not at all what I’ve seen. In fact, typically, independent of education level, the vaccine-hesitant I’ve met in the ER are more familiar with vaccine studies and more aware of their own COVID risk than the vaccinated.” He went on to call for more extensive trials for the COVID-19 vaccines that will demonstrate that such will reduce hospitalization and would not produce serious harm to those who got and will get the shot.

Fraiman added when he spoke to the FDA, “We need your help on the frontlines to stop vaccine hesitancy. Demand the booster trials are large enough to find a reduction in hospitalization. Without this data, we, the medical establishment, cannot confidently call out anti-COVID vaccine activists who publicly claim the vaccines harm more than they say, especially in the young and healthy. The fact that we do not have the clinical evidence to say these activists are wrong should terrify us all.”

Fraiman also sent an e-mail to USA Today saying that he was not speaking on behalf of the FDA and was speaking to express his concerns as an emergency physician who regularly works with the vaccine-hesitant.