A teacher from Back Bay High School in Costa Mesa, California, told her students to pledge allegiance to a pride flag in their classroom. She shared this in a TikTok video, but that video has since been deleted. Later, officials said she had been removed from her position pending an investigation.

The gist of the video was the teacher told her students to pledge allegiance to the pride flag instead of the United States flag. The U.S. flag was missing in their classroom. The teacher said that since the students took part in remote learning, she felt uncomfortable having the U.S. flag in her room. She took it down and has not seen it since. 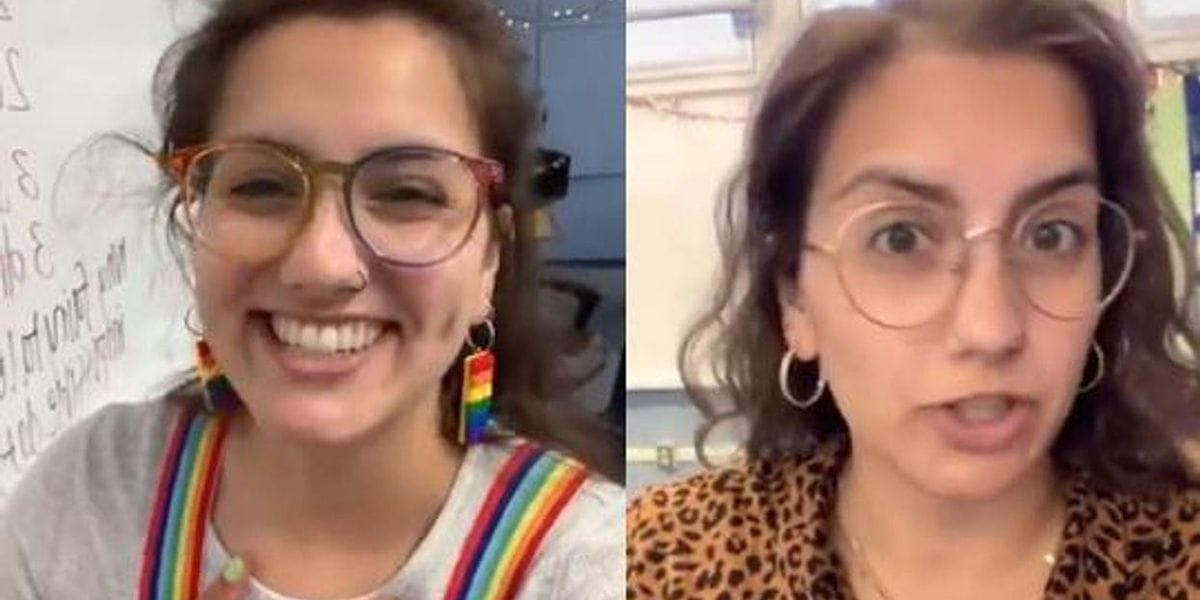 During one of the classes, the teacher let her students decide what they should do for the daily Pledge of Allegiance. The students chose to stand but not recite the pledge. One student then told her it was “kind of weird” to pledge to a non-existent flag. The teacher promised she would work harder on finding the U.S. flag. She then said in the video, “In the meantime, I tell this kid, ‘We do have a flag in the class that you can pledge your allegiance to.’ And he like, looks around and goes, ‘Oh, that one?’” The video then cuts to the pride flag in the classroom.

The teacher was laughing in the video, and many took offense. One commenter said, “I don’t care about her personal view of the flag, but her laughing about how she treated the student tells me she is unfit to teach.” Another parent said, “I’m in full support of the pride community, but I don’t compare the pride flag to the American flag — they’re apples and oranges. Have the pride flag, but we’re not saying the ‘Pledge of Allegiance to it. That’s for the flag of the United States of America.”

It is unclear if the students told their parents about it or if officials saw the TikTok video. A Newport-Mesa Unified School District spokesperson released a statement saying that the teacher was removed pending an investigation. District officials took to Twitter on Monday to say, “Respecting our flag is a value we instill in students and is an expectation of our staff.” Many demanded from the Twitter post that the teacher be fired. It is unclear if the teacher was only relieved of her duties in the meantime or if it is a permanent decision.