Mu, Delta, Lambda: Here’s What We Know About Other COVID19 Variants
Advertisement 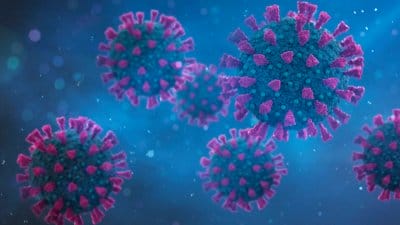 While the Delta Variant persists to bring a surge of cases and deaths across the U.S. and other parts of the world and as a new variant sets a warning level for the World Health Organization, people are worried whether there are still other variants that they should be worried about.

The Centers for Disease Control and Prevention recently said that it expected variants of the coronavirus to appear and develop over time. “Viruses constantly change through mutation, and new variants of a virus are expected to occur,” the CDC’s website read. “Sometimes new variants emerge and disappear. Other times, new variants persist. Numerous variants of the virus that causes COVID-19 are being tracked in the United States and globally during this pandemic.”

Some variants may spread quickly and easily compared to other variants, which leads to higher cases of COVID-19, according to the CDC. 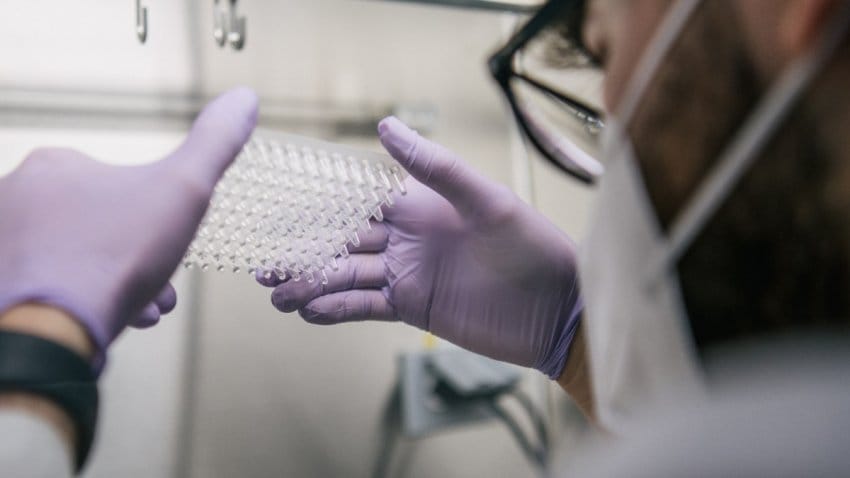 The CDC has three different classifications for COVID19 variants: variants of interest, variants of concern, and variants of high consequence.

According to the CDC, a variant is considered a “variant of interest” if it displays “specific genetic markers that have been associated with changes to receptor binding, reduced neutralization by antibodies generated against previous infection or vaccination, reduced efficacy of treatments, potential diagnostic impact, or predicted increase in transmissibility or disease severity.”

Chicago Department of Public Health Commissioner Dr. Allison Arwady said Tuesday that they are most likely to identify a “variant of interest” every few weeks.

“Like that’s how this virus works. Variants of interest just mean we’ve seen a number of the same genetic mutations emerge and scientists around the world are on the lookout for it every single time. A virus anywhere in the world gets this genetic sequence, it gets updated into a database that’s shared internationally, so we can really see what’s emerging. When a variant of interest emerges, it says, ‘Oh, this is something we should watch a little bit.'”

Meanwhile, the CDC states that a variant is identified as a “variant of concern” if “there is evidence of an increase in transmissibility, more severe disease (e.g., increased hospitalizations or deaths), a significant reduction in neutralization by antibodies generated during previous infection or vaccination, reduced effectiveness of treatments or vaccines, or diagnostic detection failures.”

“Once we see a variant of interest clearly have an impact, meaning it is more contagious, it might be evading a treatment, it’s clearly making people sicker – that makes it into a variant of concern,” Arwady said.

For the “variants of high consequence”, it “has clear evidence that prevention measures or medical countermeasures have significantly reduced effectiveness relative to previously circulating variants.” Or for easier understanding, Chicago’s top doctor describes this variant as “the vaccine was not working very well.”

Now that we know the categories of COVID19 variants, what variants are carefully being watched by the CDC and the World Health Organization?

Currently, there are four variants labeled “variants of concern” by the CDC and the World Health Organization in the U.S. and across the globe.

Alpha variant is also known as B.1.1.7 which was first found in the United Kingdom and eventually spread quickly and became the most widespread variant in the U.S. before the Delta Variant emerged. According to the CDC, the alpha variant “spreads much faster than other variants” and “may potentially cause more people to get sicker and die.”

Vaccines that are used in the U.S. work against the Alpha variant but in some cases, it was discovered that the vaccine did not work. The vaccines, however, according to CDC, still demonstrated effectiveness against severe illness, hospitalization, and death.

The same with the alpha variant, vaccines used in the U.S. works against the beta variant, but some breakthrough cases have also been reported. The vaccine still works against serious illness, hospitalization, and death, according to the CDC.

But in treating cases of this variant, there are specific monoclonal antibody treatments that are less effective.

This variant was first identified in Japan and Brazil and is also known as P.1. This variant appears to spread faster compared to other variants but according to CDC, current data shows that there are no signs that indicate that the variant causes “more severe illness or death than other variants.”

Vaccines that are presently administered in the U.S work against the Gamma Variant but there are also some breakthrough cases that have been reported. The vaccines still continue to prove their effectiveness against serious illness, hospitalization, and death, the CDC reported.

Delta variant, also known as B.1617.2 was first identified in India and is now the cause of the continuous surge of COVID19 cases and deaths in the U.S. This variant, according to the CDC, “spreads much faster than other variants” and “may cause more severe cases than other variants.”

White House coronavirus response coordinator Jeff Zients said at a press briefing last month that the delta variant “poses a particular threat to our young people.” The CDC reports that “infections happen in only a small proportion of people who are fully vaccinated, even with the delta variant. Some breakthrough infections are expected, but remain rare. However, preliminary evidence suggests that fully vaccinated people who do become infected with the Delta variant can spread the virus to others.”

In treating cases of this variant, there are specific monoclonal antibody treatments that are less effective. Some discussion about a “Delta plus” variant has surfaced.

Arway categorized that the “Delta plus” variant as a sub-type of the original delta variant which was also known as AY.1. three sub-types have been labeled AY.1, which they informally called “delta plus,” as well as AY.2 and AY.3.

“There have been a handful of cases, but not even 1% of cases, either here in the Midwest area or in the U.S. have been identified as that AY.1,” Arwady said. The expert also said that among all sub-types of the delta variant, the original delta variant, or B.1.617.2 is still considered the most contagious.

While there are four variants of concern that the CDC and WHO are carefully looking into, there are also a few “variants of interest.” According to WHO, this includes Eta, Iota, Kappa, Lambda, and recently discovered, Mu.

Eta variant was first discovered in the United Kingdom and Nigeria. This variant is being supervised for its possibility to reduce the effectiveness of some monoclonal antibody treatments, CDC reports. But so far, no cases in the U.S. have been found.

Lambda variant has been found in 29 countries already and this may spread faster than milder variants of the coronavirus. This variant, also known as C.37, has rapidly spread in South America, particularly in Peru. The earliest documented samples of this virus were discovered in December of 2020.

Just recently, this variant was added to the WHO’s list of variants of interest by the international Health Organization in their weekly COVID epidemiological report that was published earlier this week. Mu is also known by scientists as B.1.621. This variant contains genetic mutations that show natural immunity. According to WHO, current vaccines administered or monoclonal antibody treatments may not work against this variant as they do against the original ancestral virus.

This strain also needs additional study to verify if it will spread quicker, become more deadly, and be more resistant to current vaccines and treatments.

Other variants of interest that are identified by the CDC are the B1.617.3 that was first found in India, and B.1.429 and B.1427, both discovered out of California.