A group of Haitian migrants allegedly attempted to escape while on board a Border Patrol transport bus Monday afternoon, reports said.

A report by KIII-TV in South Texas, citing information from Kleberg County Sheriff Richard Kirkpatrick, said the migrants were being transported to Del Rio from Brownsville, Texas on Highway 77.

On realizing that they were being deported, the migrants started fighting with Border Patrol agents and forced the bus to stop. Kirkpatrick told KIII-TV the migrants ran away in an effort to escape, but law enforcement officers who responded to the scene eventually detained them, the report said.

The bus was supposedly contracted by DHS, but no law enforcement was on the bus. 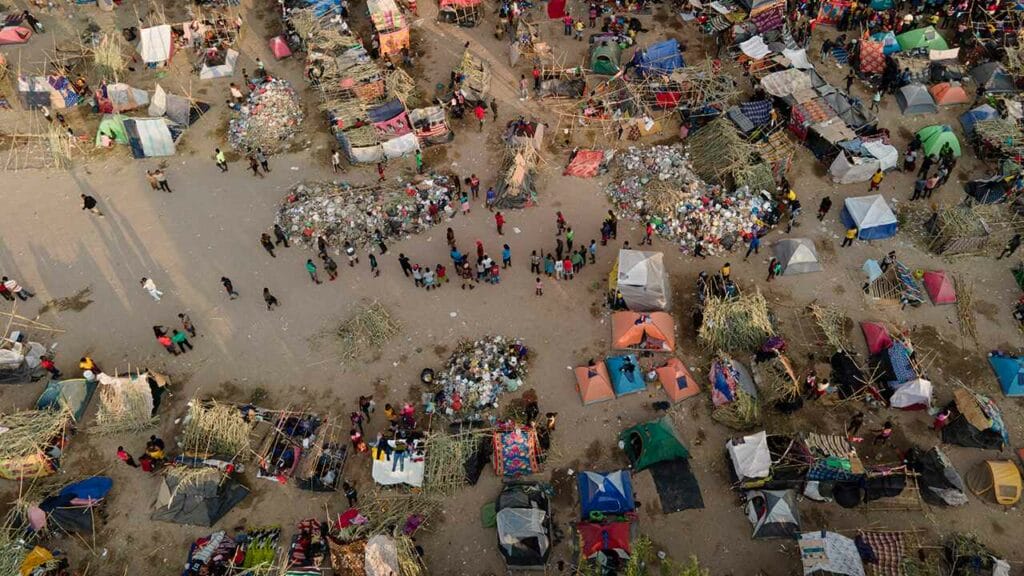 Brandon Judd, National Border Patrol Council President cited the incident during a press conference together with Texas Governor Greg Abbott. “When the migrants found out they were going to be sent back to Haiti, they took the bus over and they fled. If it wasn’t for the men and women in uniform, DPS, we do not know what would have happened,” Judd said.

Governor Abbott also said that the offenders must be prosecuted.

In a statement, a DHS spokesperson told Fox News: “On Monday, Sept. 20, some migrants in U.S. Immigration and Customs Enforcement (ICE) custody traveling by bus from Del Rio to Brownsville, Texas, became disruptive… As ICE law enforcement officers worked to restore order, three migrants attempted to abscond. They were immediately apprehended by ICE officers and returned to the bus, which continued to Brownsville without incident.”

The incident comes as officials are struggling to deal with the enormous surge of Haitian migrants at Del Rio. It came to a point where more than 14, 000 migrants were living under the international bridge.

The Biden administration sent agents and resources to the area and intensified deportation flights.

Meanwhile, DHS Secretary Alejandro Mayorkas warned illegal immigrants that they will not be accepted in the country. “If you come to the United States illegally, you will be returned. Your journey will not succeed and you will be endangering your life and your family’s lives,” Mayorkas said. “This administration is committed to developing safe, orderly and humane pathways for migration. This is not the way to do it.”