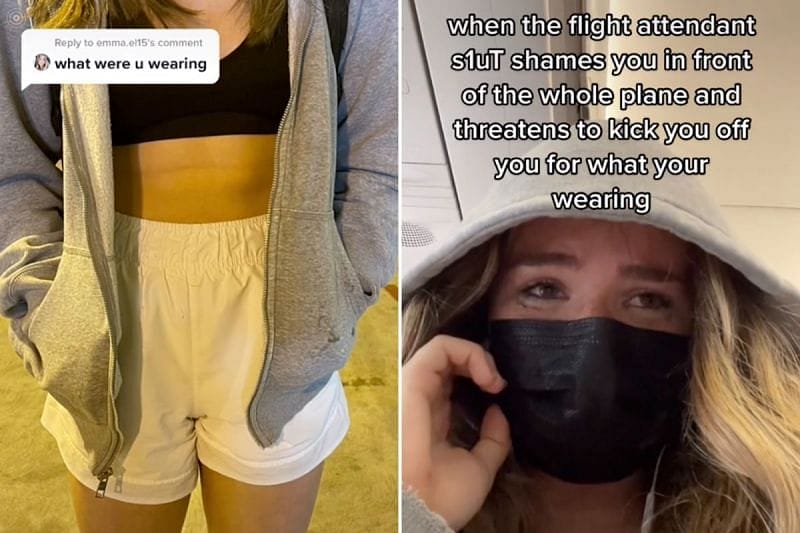 A user named Sierra Steadman recently took to TikTok to say that a flight attendant shamed her on an Alaska Airlines flight and called her out for what she was wearing and threatened that she would get kicked out.

Steadman claimed that the flight attendant grabbed her by the arm and yelled at her while boarding. She also said that she never felt “degraded, ashamed, embarrassed, angry, or sad” in her life until the incident. In the video, she was wearing her hood over her head as well as a mask over her mouth. She was shaking her head and was visibly crying.

One of the people who saw the video asked Steadman what she was wearing. She then uploaded another video the next day showing that she was wearing a jacket, a pair of shorts, and a crop top that exposed almost half of her belly.

In another video, shared two days after the incident, Steadman said that the flight attendant stopped her and asked her to zip her jacket up. She did what was asked of her and went to walk to her seat. However, the flight attendant still went and grabbed her arm, pulled her back, and started yelling at her in front of everyone on the plane.

Steadman continued to share, “I had no problem with her asking me to zip up my jacket. You know what, it’s her plane. She works on the plane. If that is what she wants, then I will zip up my jacket.” 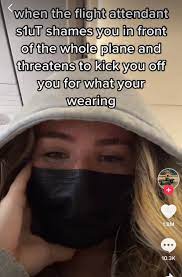 Reports said that Alaska Airlines later contacted Steadman’s mother. It is unclear what Stedman’s mother e-mailed the airline, but it responded by saying that the mother and her daughter Steadman “should expect nothing less than to be treated with the utmost respect, compassion, and care.”

The e-mail by the airline added that it is disappointed that the daughter “did not feel the respect, compassion, and care during the boarding and her interaction with their flight attendant,” and assured them that it will conduct an internal investigation about it.