Who Is To Blame In The Afghanistan Blast – Biden Or Trump?
Advertisement U.S. President Joe Biden is currently facing criticism from several quarters over his troop pullout from Afghanistan which resulted in the Taliban taking control of the entire country and forcing local Afghans and allies to flee the insurgents’ rule and violence. Earlier this week, a deadly suicide bombing, claimed by the Islamic State, rocked the Kabul airport and killed 60 Afghans and 13 American troops.

As Biden faces the heat over the unfolding situation in Afghanistan, an opinion piece by Sébastien Roblin in NBC News stated that the person to be “blamed” for this fiasco should be former President Donald Trump.

During Thursday’s airport attack, many people were outside the Kabul airport as they rushed to be flown out of the country because the Taliban gave a mandate to Biden and his administration that he has to pull out the remaining U.S. troops by the end of the month.

The Trump administration had signed the Doha agreement with the Taliban last February 2020. The pact was about the U.S. pledging to withdraw all American and North Atlantic Treaty Organization (NATO) forces by May 1, 2021. In exchange for the withdrawal, the Taliban said they would cease their attacks on American forces, forsake their ties to groups like the Al Qaeda, and hold peace negotiations with the Afghan government. By March 2020, the Taliban repeatedly walked out on the Afghan government’s attempts to negotiate a power-sharing agreement.

Later, the Trump administration coerced the Afghan government to release 5,000 Taliban. Of the 5,000, 400 were convicted of serious crimes like murder. The Trump administration said that this would appease Taliban peace negotiators. Later, many of the released convicts reinforced Taliban forces on the ground, making it one of the factors that allowed the Taliban to recapture the capital of Afghanistan.

However, Biden does, indeed, hold his share of responsibility for the fall of Afghanistan. But the president wasn’t wrong when he pointed out in his news conference Thursday that “the architecture of the hasty U.S. withdrawal and the inevitable deadly chaos that has followed was constructed by the previous commander in chief,” the article stated.

What Biden could have done is set his own terms and timeline about the withdrawal of U.S. forces from Afghanistan instead of adhering to the deal Trump made with the Taliban, it said. 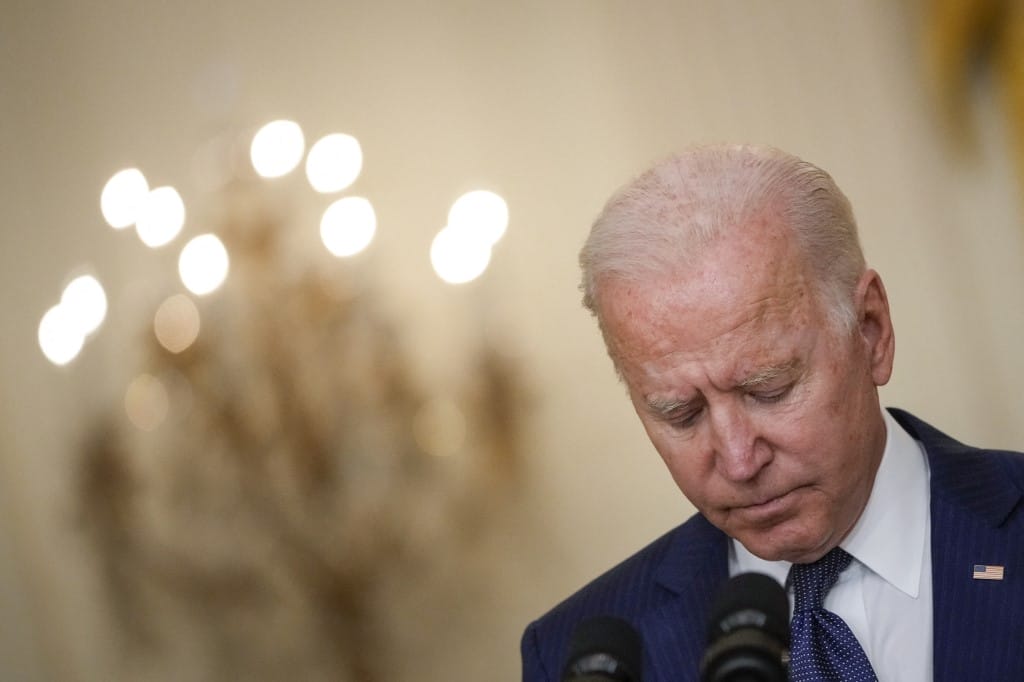 The Taliban admitted that their biggest blunder was releasing these prisoners as some of those they freed are thought to include Islamic State commanders, trainers, and bomb makers. Through NBC news, the Taliban leaders said that these people are their enemies and that “they were very trained people, and they are now organizing themselves.”

According to Roblin, Trump’s decision to offer an explicit, near-term date for the American withdrawal as part of the Doha Agreement also proved “devastating.”