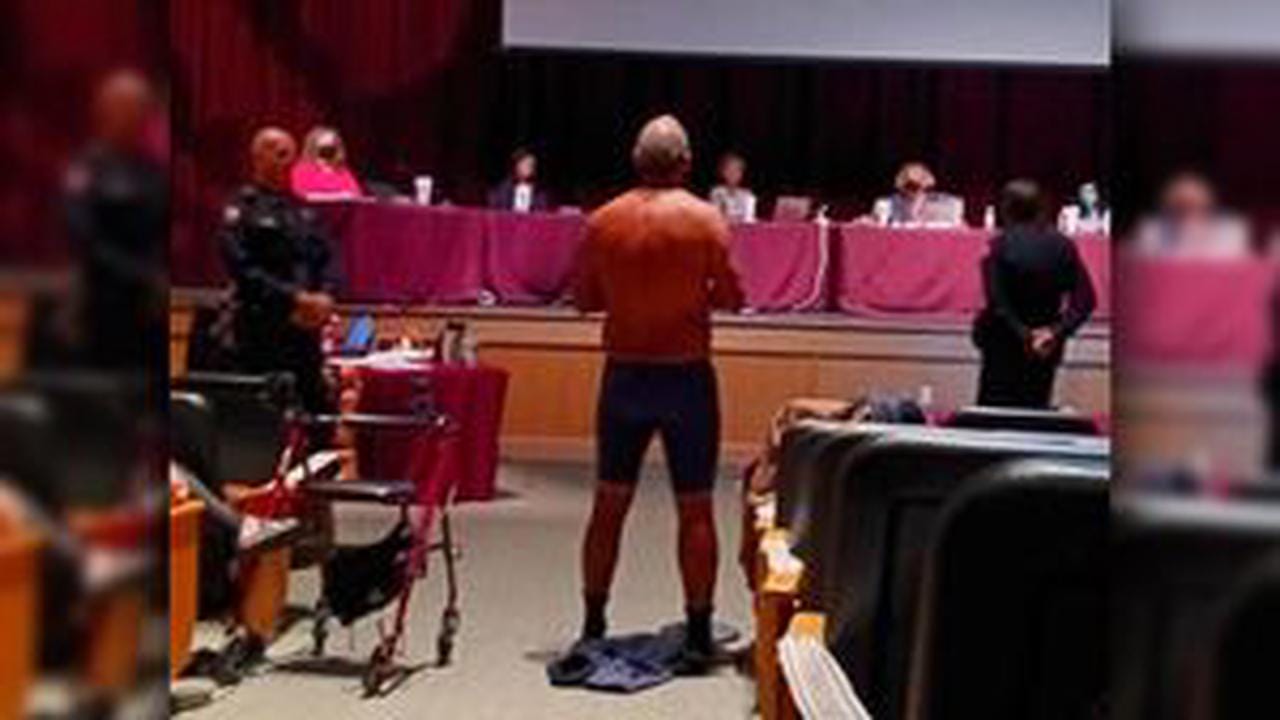 In a Texas school board meeting on Monday, parent James Akers took a brave approach in showing his thoughts on the mask mandates in schools by stripping down to his swim trunks.

James Akers, a 15-year resident of Dripping Springs, was given 90 seconds to speak during the public comments. He started by saying he had three children in the school district and one in high school.

“I’m here to say that I do not like government or any other entity — just ask my wife — telling me what to do,” he said, adding: “But sometimes I’ve got to push the envelope a little bit. And I’ve just decided that I’m going to not just talk about it, but I’m going to walk the walk,” ABC News reported.

He then went on and discussed how he hated the jacket, shirt, and tie he is required to wear for work and eventually removing all articles of clothing mentioned. 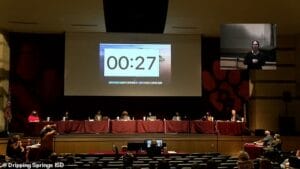 He also spoke about different laws and social expectations that are expected to be followed like stopping at red lights, wearing proper attire at work, and not parking in parking spots meant for the handicapped.

The stunt drew mixed reactions from attendees from laughing, applauding, and shouting at him.

Responding to him, Board President Barbara Stroud said, “Mr. Akers, I understand, I believe you’re a swimmer, but if you wouldn’t mind putting your pants back on for a comment that would be appreciated.”

Akers put his clothes back on before leaving the microphone.

In an interview Tuesday, Akers said: “There are too many voices out there that I think are digging in for political reasons, and absolutely just not thinking about the common-sense decisions we make every day,” he said. “All these rules that we’re given every day that we follow because they make sense.”

Masks are currently not mandated for staff and students at the Dripping Springs Independent School District but other districts have defied Texas Governor Greg Abbott’s order on banning mask mandates in the state.