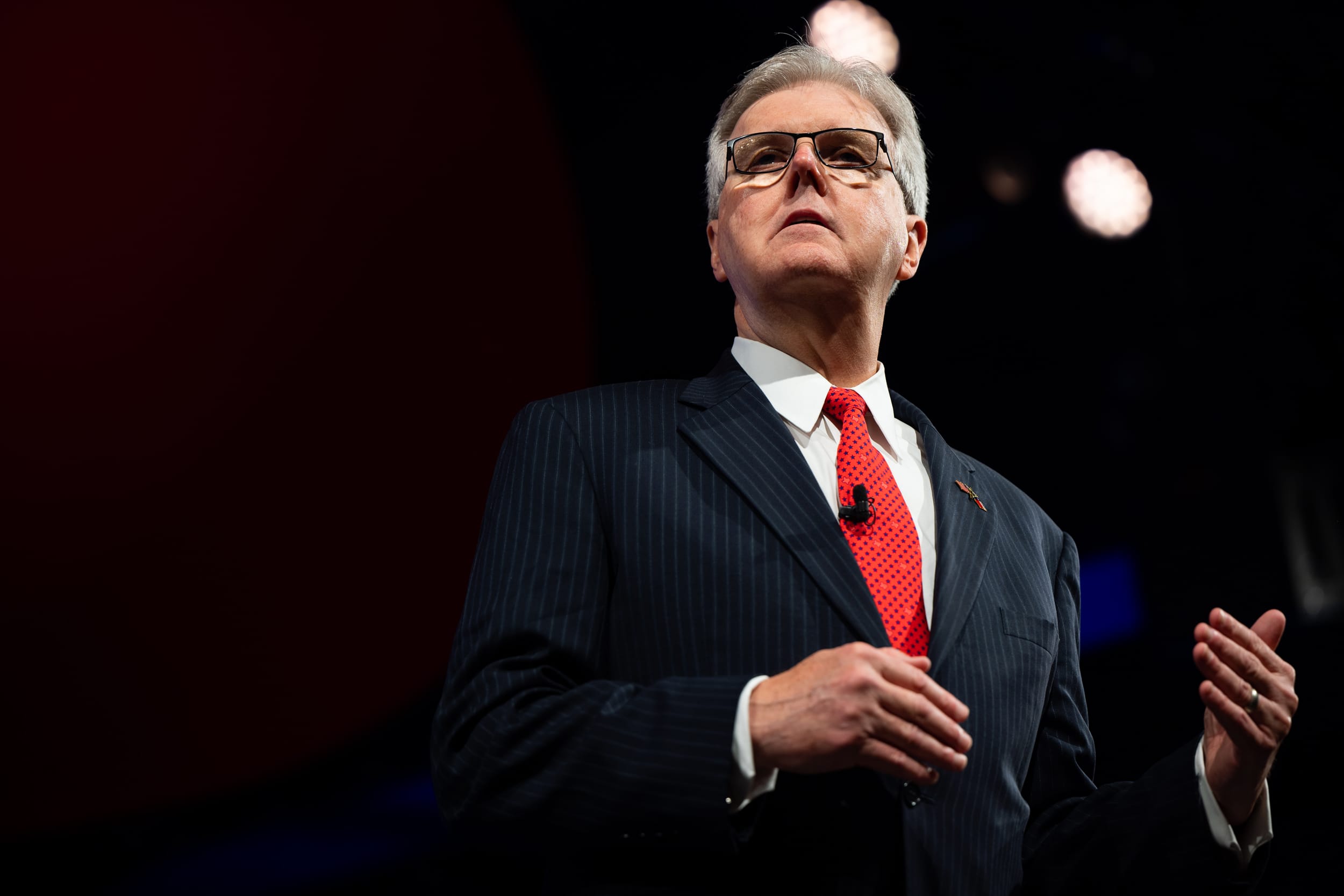 Texas Lt. Gov. Dan Patrick has been taking the heat after the backlash from his false claims that unvaccinated African Americans are driving the surge in COVID-positive cases. The backlash came after Patrick falsely claimed that the “COVID is spreading” largely due to the unvaccinated African Americans who happen to be “the biggest group in most states.” His statement came about as a response to the Democrats who have blamed Republican Gov. Greg Abbott’s mask-mandate ban for the rising number of deaths in Texas, The Washington Post reported.

According to Patrick, “the COVID is spreading, particularly, most of the numbers are with the unvaccinated, and the Democrats like to blame Republicans on that. Well, the biggest group in most states are African Americans who have not been vaccinated,” Patrick responded. “Last time I checked, over 90% of them voted for Democrats in their major cities and their major counties. So it’s up to the Democrats, just as it’s up to the Republicans, to try to get as many people vaccinated. We respect the fact that if people don’t want the vaccination, we’re not going to force it on them. That’s their individual right.”

He said, “Making a statement that casts blame on a racial or ethnic minority for the spread of disease is a well-known racist trope that predates most of us.” He also shared that the numbers are clear and there’s “no room for misinterpretation” and “no sense for us to add insult to injury.”

The Kaiser Family Foundation also supported Caballero’s statement, saying that Black people only make up 12% of the population. According to them, though only four states reported vaccination by race, they identified that the Black people’s vaccination rate of 40% is indeed lower than the 50% of white people. They also clarified thay by numbers alone, it still means that for every one unvaccinated Black person in America, there are four unvaccinated white people.

Lawmakers also reacted to Patrick’s claims, saying that the statement is prejudiced and not even correct.

One of the lawmakers who voiced out a reaction, Sen. Borris Miles said that this is the second time that Patrick made prejudiced remarks in the past month. 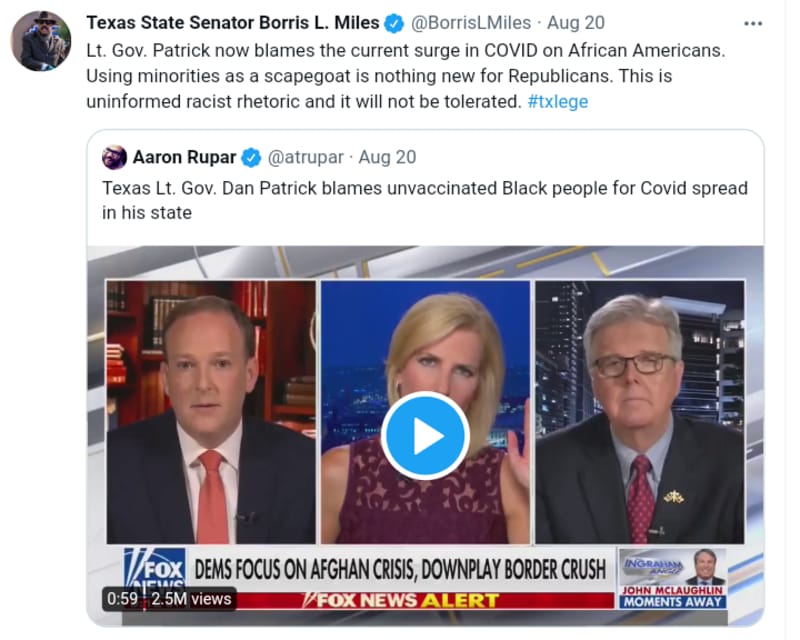 “For the second time in the past month, Lt. Governor Dan Patrick has made prejudiced, inflammatory statements about African Americans and that is unacceptable,” part of Miles’ statement said.

Taking to Twitter, Houston Mayor Sylvester Turner called Patrick’s statements “offensive and should not be ignored.”

“What I will say is that the data shows that Blacks are more severely impacted by COVID, and that is an indicator of the fact that we have more work to do to address the structural and systemic inequities in our country that allow health disparities to persist,” Sturrup said.

The NAACP, through Gary Bledsoe, Texas NAACP President, also released a lengthy statement about Patrick’s comments, saying that “this is a harmful distraction, intending to divert from the fact that it is the anti-mask anti-science based political decisions by Texas’ Republican Leadership that have led to the uncontrolled spread of the coronavirus in our State. The CDC and the Texas Medical community have been clear but the extreme Republican policies allow you to go without a mask, even in our public schools, and this is what is causing the spread. This kind of rhetoric is dangerous and will lead to the kind of outrageous action that we saw yesterday in Washington, D.C.”

NAACP also warned that this could lead to lynchings, as they sought the advice of a medical expert, Dr. Dona Murphey, on the truth of the Governor’s comments.

In response, Dr. Murphey said, “It is particularly harmful and dangerous to say African-Americans are the cause of the spread. They have suffered the greatest harm from the spread and we should be directing our attention towards addressing this and not targeting this community. The Governor’s stand on mask mandates, the failure to vaccinate sufficient numbers of Texans, and the campaign of disinformation are all much greater causes to the increased spread.”