Texas Republican gubernatorial candidate, Allen West, is demanding an explanation from the Dallas County Sheriff’s Office and the Dallas police chief for the “insidious” arrest of his wife, Angela Graham-West which he believes to have endangered his 3-month-old grandson.

According to reports, when Angela was pulled over and arrested around 8.45 p.m. Friday in the 2300 block of West Northwest Highway, near Loop 12 and Harry Hines Boulevard, the officers had left his baby grandson with two Dallas police officers until his youngest daughter was able to pick him up, the Dallas Morning News reported. 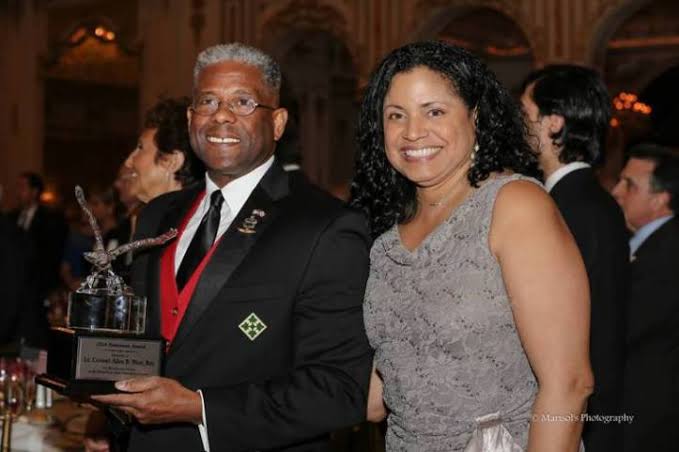 Allen had said that he is “beyond livid” that police had put his grandson “at risk, at jeopardy” when they “left him with a couple of police officers, and carted his grandmother into jail.”

In a later post at 3 p.m., Allen shared that Angela has been released at around 1 p.m. on the same day.

Meanwhile, the Dallas Police Association FOP 716 said in a Facebook post Sunday afternoon that they will support and “defend” the female officer “who performed [her] duties.” They also claimed that the Republican candidate was merely seeking attention and that “Mrs. West will have her day in court to present evidence and argue the merits of the case, just as any citizen charged with a crime that endangers the community.” 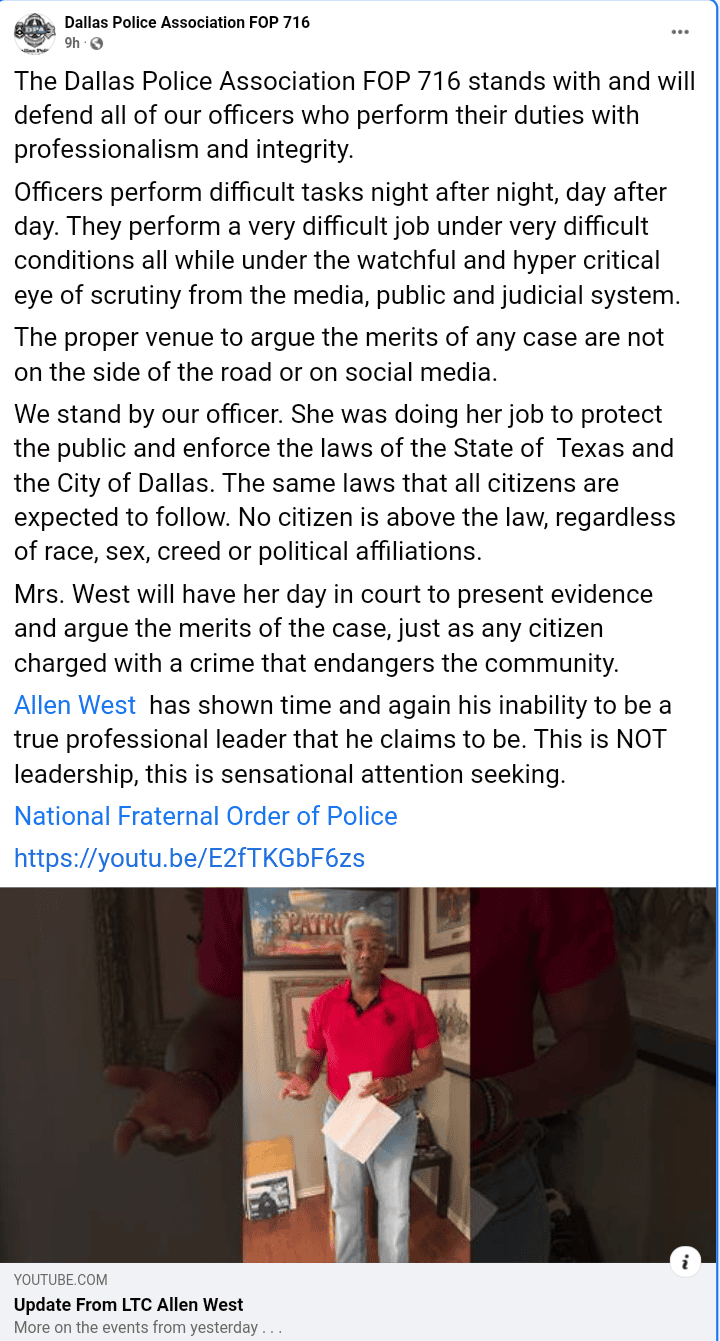 The association further alleged that the Republican candidate was seeking “sensational attention” and that he was not acting as a leader should. They also said that the same law applies to everyone in the community.