Vaccines created to combat the deadly coronavirus disease are again under fire over recent studies which tend to show more reasons to be concerned, particularly on jabs developed by American biopharmaceutical firms Pfizer and Moderna.

The new findings were released as an offshoot of the most recent data which had the global vaccination breach the one billion mark. In the United Kingdom alone, 33 million have already received shots of the COVID-19 vaccines. Of this figure, 13 million have already completed the required two doses to be immune against the severe effects of the virus.

According to the French National Agency for Medicine Safety (ANSM), several side effects of the Pfizer and Moderna jabs have already been identified, and that there are likely more being discovered in view of sustained research by global experts. 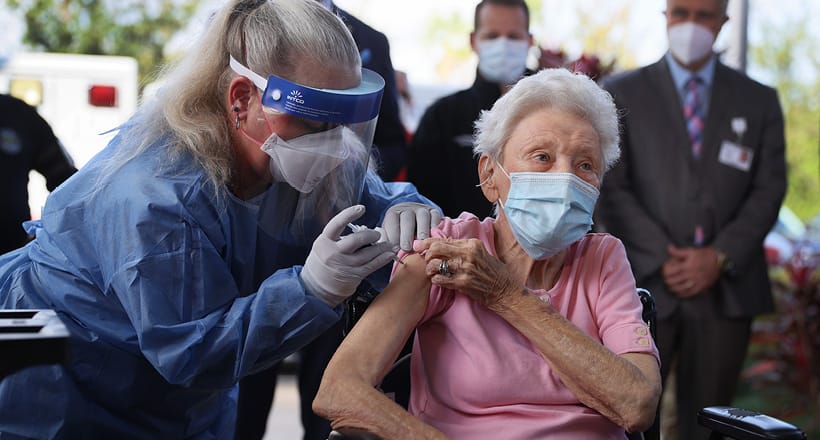 In its latest medical advisory, ANSM claims to have found reasonable cause to be alarmed over post-vaccination side effects. In its report, ANSM  reported 112 suspicious incidents of shingles hounding persons who have had jabs using Pfizer and Moderna.

The report had 86 shingles cases resulting from Pfizer vaccination and another 26 following Moderna.

Shingles, an infectious disease that comes along with the chickenpox virus, is characterized by the emergence of painful skin irritations all over the body. Interestingly, while the number of those who have shown this side effect remains relatively low, there are few cases that tend to show a link with vaccination.

Echoing the ANSM findings, an Israeli study published in April in Rheumatology manifested the same observation from a group of 491 who were vaccinated with AstraZeneca jabs. Accordingly, the report claimed that of this number six developed shingles.

Notably, the data seemed to show that shingles are just one of the many side effects of messenger RNA vaccines like the ones developed, manufactured, and distributed by the biopharmaceutical companies behind Pfizer, Moderna, and AstraZeneca doses.